The highest team power possible is 4725

However when calculating total team power, you can’t just add all 5 hero powers because there is a value for each TROOP.
I found exactly what is used to get the additional power each troop adds to team power, it is:

Wow… This was very interesting and informative. So maybe in 2 years high diamond will be 4500+ TP.

Considering costumes now - I used the basic score and added the maxed costume score up:

With maxed costume, Lianna and Richard have 795 power, Vivica 796 and Quintus is the highest with 798.

Since emblems came out, I’ve been trying to calculate the maximum team power a defense team could have. 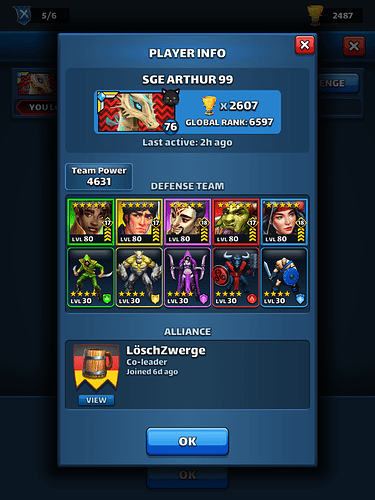 I noticed elsewhere that Lianna’s costume added 40 points to her individual power, but I don’t know what the maximum team power would be with costumes added. 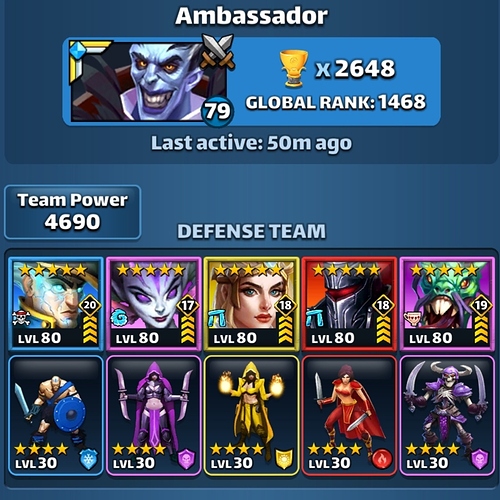 Costumes just close a gap for classic heroes, there are already newer heroes with higher stats.

Theres a clip against this team. My attackers were 3 epics, so no need to cry.

Costumes just close a gap for classic heroes, there are already newer heroes with higher stats. 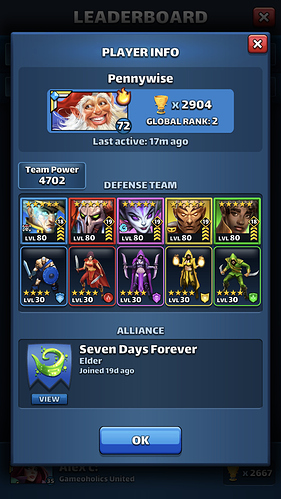 This is the first 4700 team I’ve seen and was wondering how much further the game may evolve past this point? Maybe into the 5k region? I know team power isn’t an the prime indication of strength, but as heroes are released and progressed do you think teams like these will become the norm or will SG cap how much “power” a team has?

Norm for who? P2w Yes, the rest No.
Everyone has a league to play so no worry.

Raided and lose to that Pennywise monster yesterday. Managed to killed Ursena, Joon and GM but thats all about it. Finley wrecked my less than +10 emblem team…sigh!

I saw one player having this TP 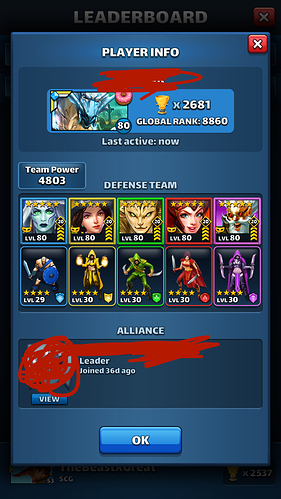 I have seen a 4800 as well when rerolling for raids but, I rerolled too quickly to make a snapshot.

I was not the one facing this team but saw the video on Youtube. This team looks downright nasty. I would love to know how much money was spent summoning/creating this one. 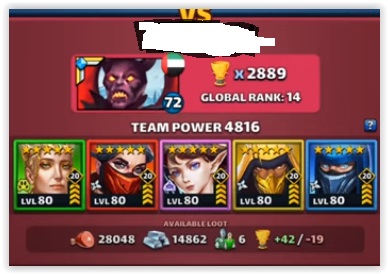 I’ve faced this guy a few months ago…

Close to the maximum:

and You can see the fight in YT if I’m aloud to post the link in here
https://youtu.be/U1zZkaD5p5w 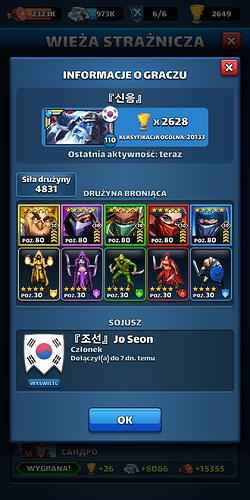 would like to know what the ninjas cost you. I spent over € 200 and it wasn’t a 4 star ninja. then I know a good friend who got 2 ninjas with just a few conjuring coins. is there a trick to conjure up?