Hero Symbols during offense modes - what do they mean

I am trying to understand what the symbols mean that appear in the hero head shots whenever I am in Offense/Attack modes (Raids, Story mode etc…)

Is there some place on this forum that explains what the symbols mean ?

I’m sure the information is somewhere on the forum, but there’s an easy way to find what each symbol means.

When you see one of these symbols applied to your hero (or opposing hero/Enemy) during a raid, war, etc., tap on the hero and hold. A box will pop up with information about each symbol applied to that hero.

An example of what you would see would be after using Boldtusks special. He heals all allies and gives them 48% attack for 4 turns. You would see a sword symbol next to your heroes. If you hold on your hero, you’ll see the same sword symbol in the box and a description something like ‘+48% attack (4 turns)’. As you make moves, the turns counter will count down until the effect is done.

You can touch-and-hold any hero’s card (yours or foe’s) to bring up a pop up window that explains each active effect and the remaining duration, as well as health and other stats. Incredibly useful.

It would be a great little project, tho, to have a guide to symbols. I’m not aware of one. Still, the touch-and-hold pop up is the only way to see the particular numbers. For example, Isarnia and Grimm both inflict a defense debuff, using the same symbol, but with different % values of the debuff.

Like the previous posters mentioned you can view the buffs or debuffs by holding your finger down on the affected hero. See example below. 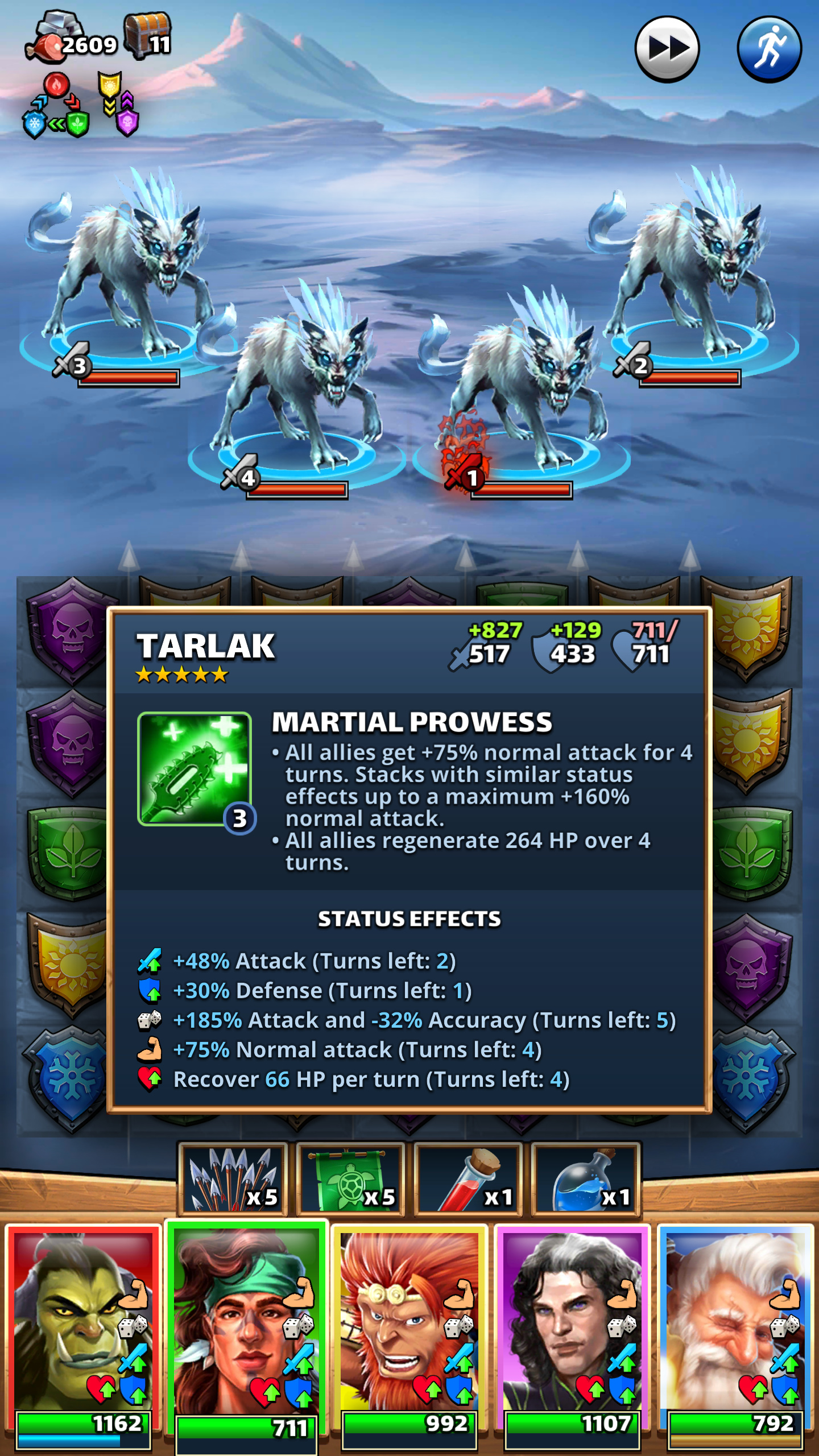