What I hope I won’t have to explain again is that “with his special, khufu IS ABLE to hit all enemies”, but because of his slow mana and chain mechanic that is not guaranteed to be the case.

I can beat most Khufu teams when there’s no mana booster in there, so theoretically you’re right. But once Ludwig or Xnolpod come into play it’s a whole different game. With the “new” heavy mana boosters slow heroes have become more viable than before for those that have them, often allowing them to fire twice on your whole team when you’re not able to dispel them or have other ways to mitigate the damage.

In the current state of the game you can’t just look at the hero on it’s own. It’s not even about synergy, it’s about heroes that can fundamentally change the rules of the game. And as a Ludwig owner myself I can confirm that there’s no bigger gamechanger like him in my roster.

We must stop arguing with the whales who are capable of inventing anything to defend the indefensible. Their arguments are just ■■■■■■■■. Stop and nerf it.

Sooo, what you are saying is that everyone that has Khufu is a Whale? Much interesting, such smart, wow, good boi… 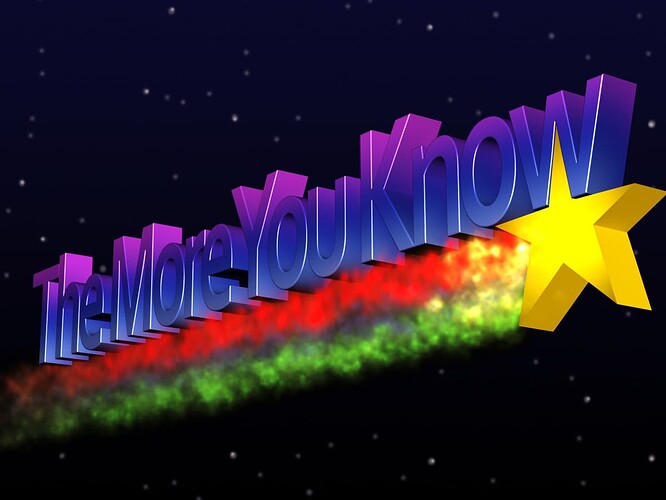 So, youre a whale?

Everyone is screaming nerf to the left and right. Scream buff to heroes that really deserve it instead. Khufu himself is not the problem, and will never be, except in rush.

And IF, only IF, you fell the need to write about nerfs, at least come with suggestions about how you think he should be.

You all people yelling nerf nerf nerf destroyed C-Krampus. I suggest a new word to all these discussions… ADJUST. As in “Adjust the damage done by Khufu to 400”, or, “Adjust the damage to 350 and remove the chain effect” and so on. Nerf guns are a toy, stop shooting that crap everywhere and speak for your sake instead…

Im done with this thread and all you nerf gunners.

Oh yeah, i forgot, all of you screaming Khufu is OP, a d that you have no counter etc etc…

Passive: Effects on Special Skill
70% chance to perform the following actions when this character casts their Special Skill

Everyone is screaming nerf to the left and right. Scream buff to heroes that really deserve it instead. Khufu himself is not the problem, and will never be, except in rush.

We can scream all we want, but you know very well that SG mainly just makes already strong heroes even more powerful and leaves the ones that really need it in their same weak state.

You all people yelling nerf nerf nerf destroyed C-Krampus. I suggest a new word to all these discussions… ADJUST. As in “Adjust the damage done by Khufu to 400”, or, “Adjust the damage to 350 and remove the chain effect” and so on. Nerf guns are a toy, stop shooting that crap everywhere and speak for your sake instead…

It’s almost impossible to adjust to a team with a heavy mana boosting hero that’s feeding such a heavy hitter like Khufu. Only when you’re able to take down that hero in time with the right boards Khufu becomes less problematic. Mana boosting heroes like Xnol (who also heals on top) and Ludwig are on a whole different level than previous mana boosters that gave just a littlebit of mana over time.

This problem will only get worse over time, as we are seeing more and more superpowerfull slow heroes being released like Quintus with his second costume. I’m all for making slow heroes more powerfull (my Guardian Owl is still on the bench after 3 years), they should make a very big impact during a game when they go off. But when they become as strong as the current batch and they also basically change to average/fast heroes when teamed with mana boosters their impact becomes overwhelming.

It’s simply a gameplay mechanic that gives owners of heroes like Xnol or Ludwig a very big advantage in the current powercreep. As a Ludwig owner I’m also going to pull for Khufu or any other hero with similar stats. So no, heroes like Khufu by themselves are not the real problem here.

He’s like any other hero, anyone who uses him needs to learn how he works best. I pair him with a defense hero and a mana building hero plus give him troops that increase mana. when he gets going, he wipes out half the board. I usually get at least one shot off in a raid when there are 3+ heroes left on the board and on map stages I’ve seen him take out the entire final wave by himself. My only issue now is hoping the enemies tank doesn’t die before he fires at least once.

This counter that hasn’t been released yet? That’s your argument? This hero that if you do 120 pulls, the odds are against you that you will have this counter?

Khufu is just ridiculous. I just came out of a raid. Two heroes down on the other side, mine all still standing, none of them critically hurt yet or negatively affected. Then Khufu goed off and BAM. It’s over. Literally, all my heroes were gone.

Then I compared him to one of my own heroes: Sir Roostley. Same chain reaction, but SR with 280% damage and Khufu with an earth shaking 450%
On top of that SR gets punished for his attack, while Khufu isn’t even done yet and also lowers the defence quite dramatically.

Ridiculous! CLEARLY OP, even for a season 5 hero. Which are bad enough already. Since season 5, people not willing to spend thousands of dollars in the game, have no business being here anymore.

I got him while collecting coins for CoK and took that offer “3000 jewels + 1000 sandcoins” a while ago.
Never used him, but because of this thread i had a test run.
It was horrible!
My team was: Quintin, Wolfgang, Ludwig, Khufu, Rayne.
I guess it may concern of the fact that all my heroes are maxed & LB, but Khufu…he is 4/1 at the moment.

However: i lost all 6 raids in a row! No chance at all.
Now Lewena has returned to my team, i will try again when Khufu is full grown.
It seems he is only a bomber when he is maxed to the limit.

I first used him during that event where you could only use each hero once (I forgot what its called). He was out of the box and destroyed. Granted it was one of the lower levels but he did well. I have him in final ascension now and about half way leveled. Pair him with Freya and Yang Mai usually plus whomever I need to fill out the card. Give him mana troops. I have destroyed raid teams that are several points higher than mine. On some of the map stages he can take out the entire last wave on his own. Also, he loves Mother North. especially when she brings back the entire team. He greets each one of them individually at the door as they walk back in.

That’s how I use him. a mana booster plus use your mana troops on him. Give him a good defense character to hide behind. My only regret is if I take out the center hero before he has had a chance to fire. But as you said, its at least 3 heroes dead at that point.

Personally I like him as he is. I don’t have him, but when he is in tank position, I can usually win unless I don’t get any blue tiles, or accidently kill him before my blue heroes get charged. Why is that? I take Krampus-Athena-Lord Loki-Rigard/cSabina-Malosi. Once I get 3 blue matches, it’s Krampus (atk up)-> Athena (def down) → Lord Loki (copy Khufu) and good bye half the defense, with the other remaining 2 pretty hurt. Of course, if he dies before I get 3 matches (i.e. 6 tiles straight up at him), it doesn’t work as well.
When he is on the flank/wing, he is barely a factor as he normally doesn’t go off.

Of course, it all depends on the boards.

A single hero with no added buffs. Should not be able to kill a whole team. He should be very slow or damage decreased

This topic can be merged.

This counter that hasn’t been released yet? That’s your argument? This hero that if you do 120 pulls, the odds are against you that you will have this counter?

Haven’t played him, but it does seem like an absurd amount of damage. But that’s what he does. Pretty easy to slow him down though with a mana deprivation strategy. Any “slow” is really vulnerable here.

A single hero with no added buffs. Should not be able to kill a whole team

Like Goseck? Who recently got a buff…! This is the new slow realty and I like it. Slows are pointless otherwise

With all the mana boost heroes, family bonus and such… Slow heroes are more average than anything. He is way to powerful.

Also gosek has a nitch against him. Don’t hit him and he won’t hit that hard.