Wow, that is awesome! Great retrain

Yeah, after QoH my second taunt hero from the academy. Those 2 are definitely my favorites, although I think krampus is even a little bit better than QoH. 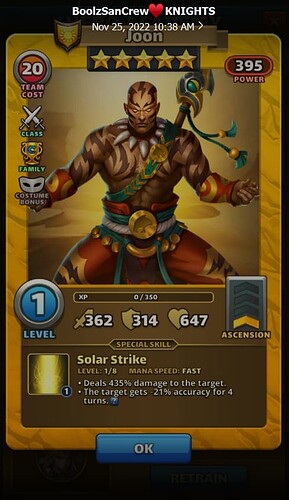 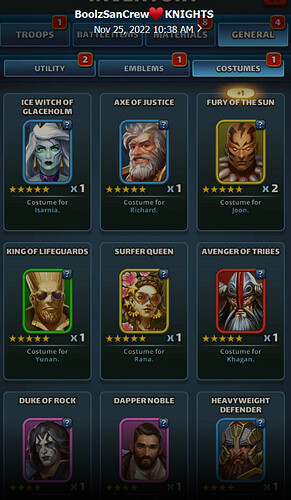 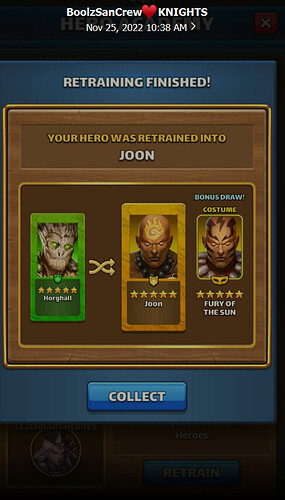 What do you think of mits? I think of getting her as a fated summon… But she’s so old… She basically an expensive to level event 4*. I’d happily employ her to blow up bobo and pengi… But it just seems like a lot of feeders for a hero that is so niche.

You and me buddy… I got a costume joon that sits at 3.70 and is on the precipice of getting either leveled or fed into the soul exchange… All depends on my mood.

I think he’s a ton better than qoh. Her only advantage is that in equalizer wars… The taunt doesn’t go away when the equalize happens.

Thank you for the feedback

my feelings say the original is better (-44% def down). I plan to max her costume mostly for the costume bonus, just like Lianna… Liannas costume is horrible. The superior cleric helps a bit now but… Horrible. Never used her. that’s why I hate when they release costumes that are basically the SAME bullcrap as the original hero.

About Mits… I’ve used her not as much as expected but she shines in her niche. I think she’s a valid choice if you have Tarlak, Ariel, Freya and Skadi already + a purple sniper (to avoid Kagebu).

Her mana control is pretty great. I would have used her more if I had more emblems. I also stopped everything and everyone to focus on Obakan and his costumes. 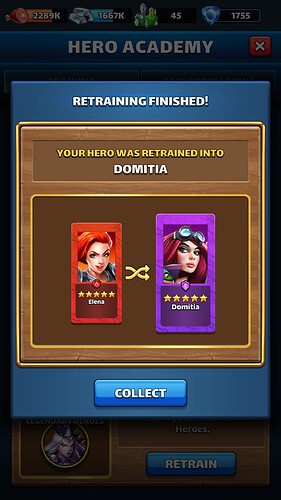 I know it is a bit late on my friday ha10 s1 disappointment post but you know my holiday spirits are good when even another s1 dupe doesn’t anger me to no end.

Retrain number 108: Sartana back into Richard.

Time for a little update on my HA progress.
Retrain #109- #113, nothing but plain S1 heroes.
Until next week!
Good luck, everyone! 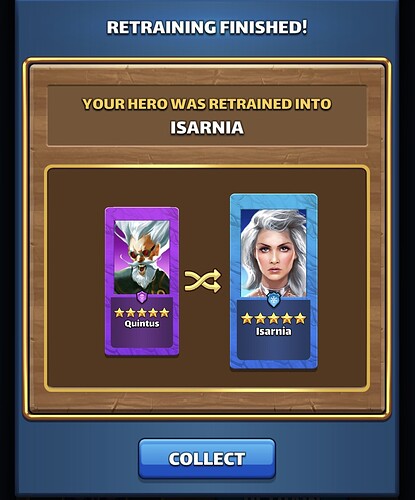 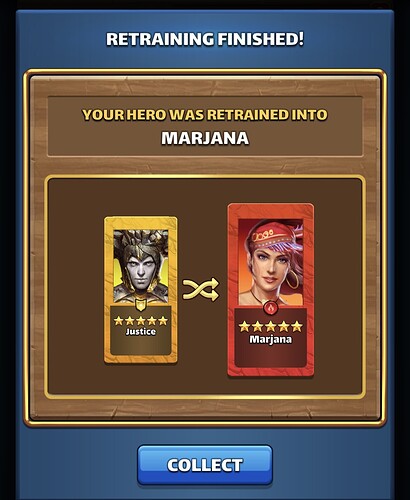 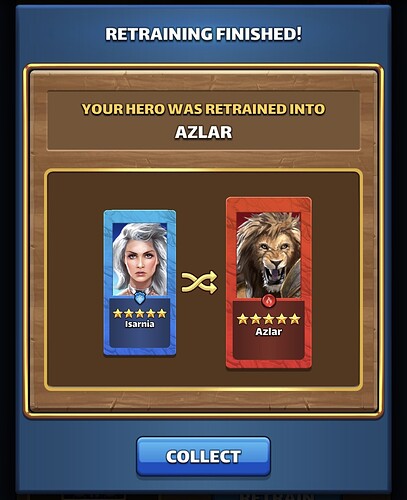 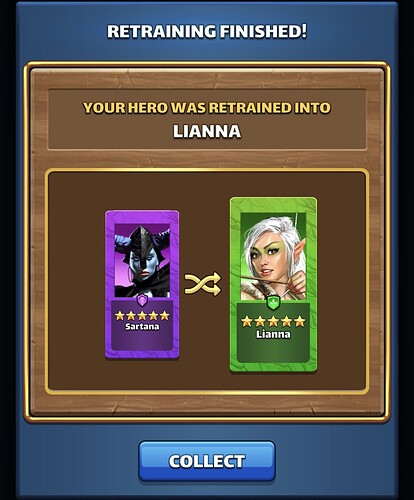 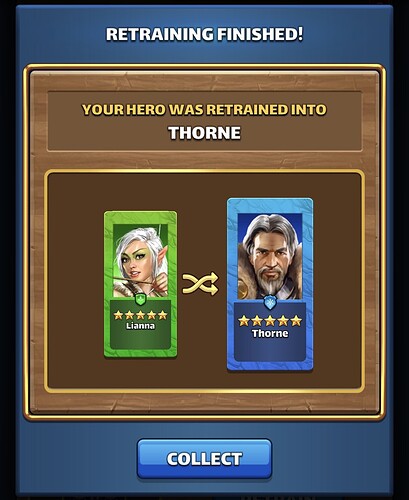 Thats a score, congrats, hopefully my tc20 will spit out a 5* so i can get mine going again. Used all my dupes and a couple old un used fully lvld 5* for SE

Time to update this month’s result:

This month’s theme was Richard because he appears in every single trainings, as a feeder or result… Meeh…

Its been 14 weeks from the last non-s1 vanilla

I have to say, though, I got Franz and 9 useless 3* from Black Friday 10-pull, and I have twenty-odd EHTs waiting for my shot at Mother-F’r North or Pengi next week. If I get blanked on those… this game is making it easier and easier for me to let it go and spend extra time catching up on my to-read shelf. I’m sure SGG would tell me to take my F2P self and not let the door hit me on the way out, but they seem to be doing a lot to alienate their player base.