I have just got 2 tomb of tactics and have all materials needed to get 2 cards to 80
I’m going to try for Guinevere next month so ill only up one of my cards now.
Mostly for raid offence or titans these cards Don’t help me for my defence team
I already have Marjana and Gregorion at 80
These are my options. 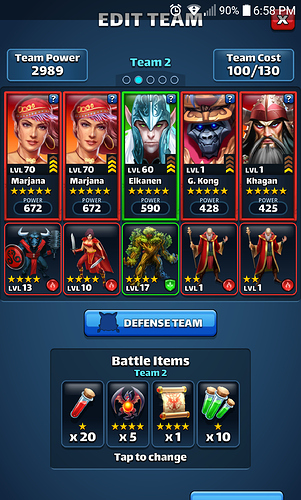 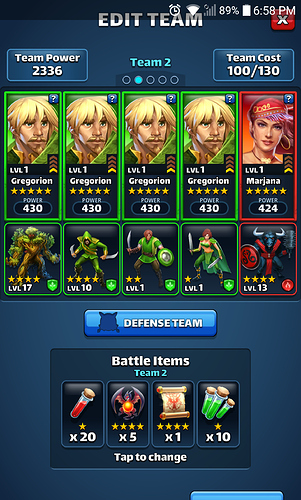 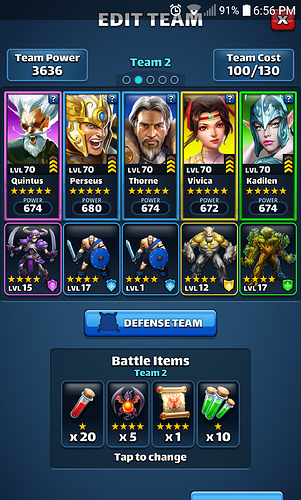 Viv for purple titans and if you still need to stack up in yellows in raid offense. Otherwise Perseus would be my first pick.

I already have a maxed joon, jackel and Delilah
So I’m not desperate for vivian especially since im saving my yellow assention mats and hoping to get Guinevere next month. So maybe Perseus…

To be honest, if you’re holding out for Guin over Vivica, which isn’t unreasonable if you have money to spend, there’s nothing there I’d personally consider a ‘must level now’ hero given who you already have finished.

I’d advise waiting and seeing how the season 2 heroes look before ascending any of your currently waiting crew except Vivica. Additionally, the Avalon draws will also give you a chance at Arthur, who’s a lot better than Perseus if you can get him.

Should I up my Perseus or make a second gregorion to 80? For blue titans. With my Alberich

Now my red titan is
Kiril. Grimm. Alasie. Other. Wu.
No need for Perseus on the titan team just raid offence.

That’s true. Arthur would make a good combo with Alasie when needing to double up on blue.
Im holding out on Vivian because im so heavy on yellow already and the only other yellow i would want would be guinevere. On offence and defence i prefer Delilah to Vivica With Alberich

Agree with Paulon. Viv is the only one that leaps out and says “level me!” given that you’ve already got a Marjana and Greg maxed. I’d save the mats as well.