I have his special maxed out and it says he can do max damage of 331 after his special ends. I faced him in a raid and he charged up to 488 before decimating my team. Why would that be? 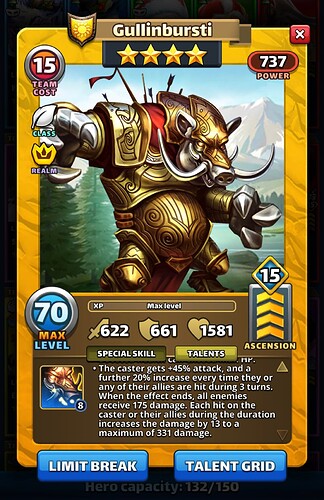 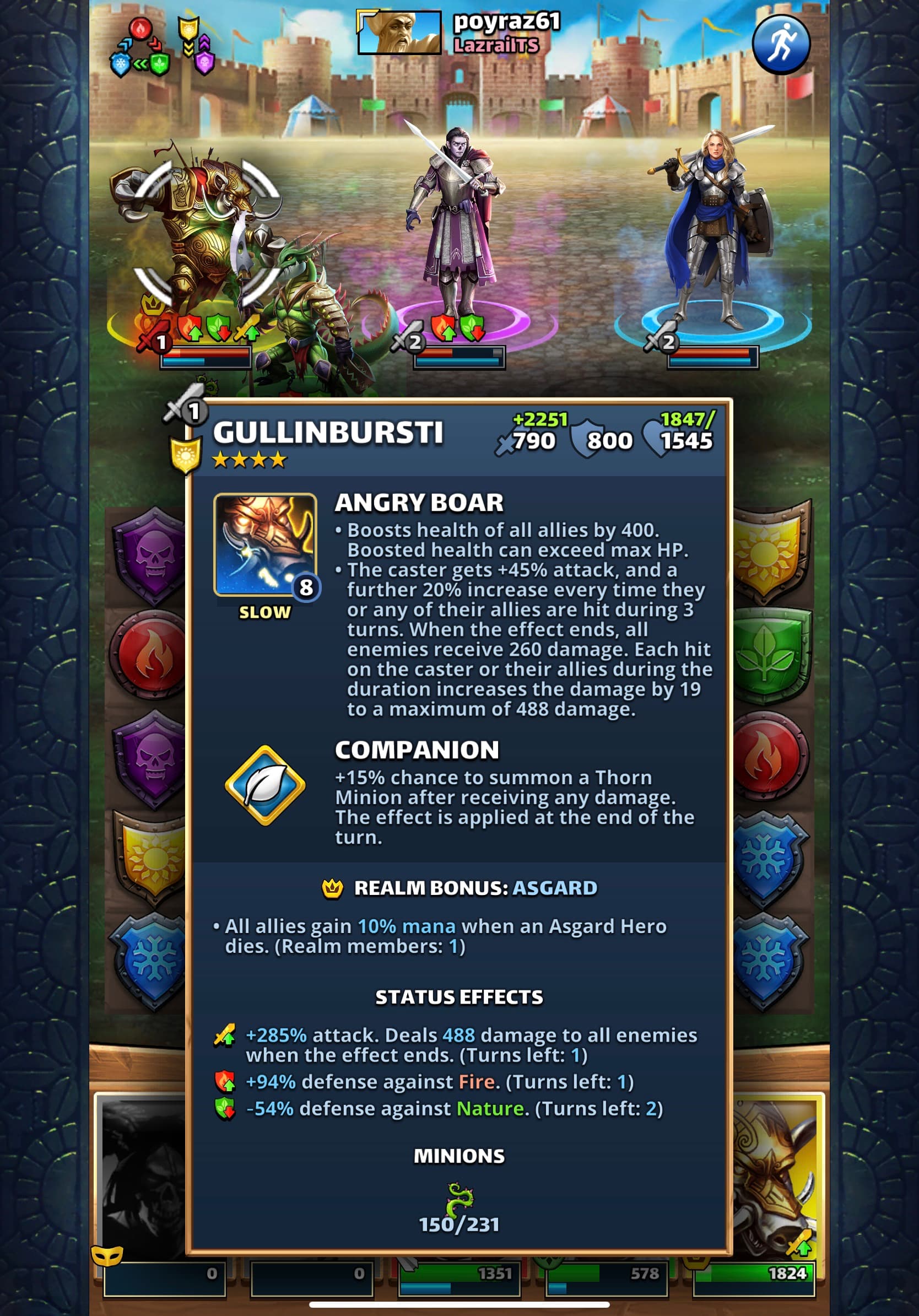 Wait… I think this might have to do with his attack stat I guess, which would be different depending on the talent path.

The primary reason is defenses have a hidden buff to attack and defense. It used to be 20% but that isn’t always that amount, it became a little variable after a patch around the time limit breaks came out.

It’s the attack stat here is mine with and without troops. Much more damage with the extra attack from troops.

[Advice, Mega Post] Activating `Click for notes` transforming mega gryphon forum post OR you want to know all about Empires? This post will tell you all about it [Clip show, Greatest Hits, Some out of date- Now with more Math, Polls added]