Grimm things about E&P noticed after 4 months of playing

I don’t remember Guardians very well but I think it is the pattern that gloves are for Epic and compass is for Legendary with few color-specific 3* and maybe 4* mats in specific tiers.

For new players there is always deficiency of compasses and glover. They will pile up but maybe after 1 year of playing or so.

My current inventory (including used):

So, currently I could ascend more but the only sure place I can get compass is Farholme once per two months and Legendary tier of Challenge events - the one unreachable without great team.

I don’t remember Guardians very well but I think it is the pattern that gloves are for Epic and compass is for Legendary with few color-specific 3* and maybe 4* mats in specific tiers.

As I said, Guardians Epic doesn’t have gloves for completion. Avalon Legendary is both gloves and compass for completion. Not the pattern you are stating. I don’t know the rewards for the rest of the events.

Your list of mats is commendable for relatively 4 months of play, although I read somewhere that low rate of Dblade and Tome was possibly designed to enhance the slow progression of the game.

IMO that may also include gloves and compass, All 4 and 5 rarities need 1 of each for ascension ; while on the 5*, tome and dblade play additional slow down role. But after a long period of play,…ascension mats issue tends to taper out., I believe most long time players would have gone through same trend being experienced by new players.

@Mariamne’s Great Guide to Rewards [RewardsCorellia] NOTE: Completion Rewards will be given even if the final stage is compl…

I hate that I find this funny lol

You can see across all events, you get 4 compasses and 4 gloves total for completion, so it’s already evenly distributed. There’s no pattern where you get saddled with too many gloves, and you can definitely get a compass for Epic. 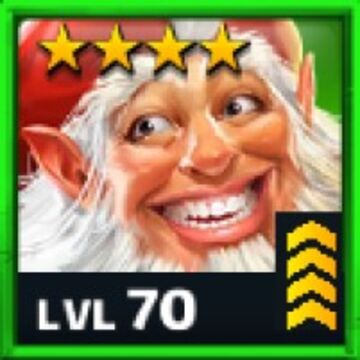 Probably because you’re thinking of that face when you read that.

In the 3* tournaments I generally finish 1-5% with no emblemed 3*. It really doesn’t make that much of a difference.

Not so evenly, when you can get just 1 compass from Epic tier per 5 months.

If this was not enough. Remember this week 3* Buff Raid Tournament, the one it is happening right now? Just after first perfect day, today I was served with three teams with at least 80 emblems on it (16+ emblems on a hero on average). So I became war meat once again.

In conclusion, no matter how much skill you have, you will become a war meat if you don’t have fully emblemed teams. That is why I’m not signing for the next tournaments. The prizes are not worth my time with that kind of matchmaking. It has to be fixed so the raid tournaments become new players friendly. Old players with higher TP already have advantage in tournaments, because they earn more points per single victory.

And as you probably suspect, the first team that have attacked me yesterday - fully emblemed 3* squad. When, as I said before, I have no emblems on my 3*. So, no comment.

Don’t attack with a rainbow team but color stack against either the tank/flank instead. It took me a while to get comfortable raiding with two or three colors missing, but if you choose your heroes properly, it can really pay off big. Ok maybe you don’t have the roster depth to do that effectively now, but try to get an understanding of the mechanics behind it so when you do develop your roster further you can take full advantage of it.

I refuse to waste precious emblems on 3*, and as a result I don’t have a single emblemed 3*. However I do have more than one hero of each color either at 3/50, or in the 3rd ascension. As a result, just by color stacking against the tank or the most dangerous hero, last week I was able to take down +15 teams and place in the top 1%. To be fair I had Bauchan from Avalon, whose special is completely OP for a 3*, and he helped a great deal. But I also only ran 3-1-1 at most and sometimes 3-2, but never a full rainbow team for attacking. This isn’t to say I won every match against a much stronger team, but my win rate was about 80%.

As for my defense team, I had Melia-Balthazar-Bauchan-Berden-Valen, no emblems, nothing fancy except maybe Bauchan. My team was attacked 9 times and it survived 7 of them, often against teams with +12 Gatos/Valens and Namahages. And no I’m not a veteran, I’ve only been playing for 2 months, albeit as P2P player.

That creepy face is the Bane of my existence and makes Wilbur’s mustache sad. Rigardless, I feel I shan’t be Berdened by this and continue on Valently.

This is only a speculation but I’m leaning to a theory that for simplicity summons too are not a live RNG stuff and every player has its own ‘storyline’ with predefined (RNG generated) queue of heroes to draw, i.e. with HOTM on draws #23 and #30.

This is, actually, true. Or very likely to be the truth. A computer Random Number Generator is not truly random, but is a math algorithm of Pseudo Random Generation. If a seed for this generation is fixed, the sequence of generated numbers is predefined and reproducible.

Not so evenly, when you can get just 1 compass from Epic tier per 5 months.

Seriously? Versus just 2 gloves in Epic over 5 months? Are you just trying to find things to complain about? You want the rewards adjusted for the people that can only complete Epic but not Rare or Legendary, ever over the life of the game, so that these people can get the exact same number of compasses as gloves? Get it together.

This is, actually, true. Or very likely to be the truth.

Not getting into a debate about randomness (again ad nauseam) but this is just speculation not truth.

For anyone formulating opinions from reading this thread please note there has been plenty of data sets pulled to show that there are no non-random patterns that can be determined. There is no comparable data set for the opposing viewpoint.

That is why I’m not signing for the next tournaments

I suggest you to not give up turnaments. Even the rewards are not awesome anytime, they can help you to finish tournaments faster, and i got some really nice awards for completing tournaments.

I atached a picture of my hero roster after 4 months of completly free to play, lot of grind ofc,

It makes a difference, but, yes, sure, an experienced player can place 1- 5% without emblemed 3* heroes, due to successful offense. The difference will be shown on defense, where those with heavily emblemed teams will 100% get better scores.

My girlfriend was constipated for a week, so I snuck a laxative into her wine and Seshat

Hope she doesn’t have a problem with her Colen.

My point is, you can get only get only 7 compasses and 9 gloves in 10 months for completing all Rare Quests and epic Challenge Events - that gives astonishing 0.7 4 hero ascension materials per month*. So in one calendar year you can ascend 8 four star heroes from knowns sources and the rest is RNG. Do you think that is a slow or fast pace?

I have at least four fully ascended 3* heroes of each color, I stack a lot (4:1, 3:2, 3:1:1) and can go mono in red, blue and green. But it isn’t enough. When you face fully emblemed team and get bad board it’s over because every single of their slash atacks takes 200 hp and the tank can fire twice before you can get close to get rid of him. Usually in that scenario my team get wiped out in 7-8 turns.

When I get good or slightly mediocre board I can win it, but I am openly disgusted by how the shift in matchmaking is made. One day you get opponents with similar level to yours. And the second day you get +400 TP bulky teams with maxed special abilities - with no intermediate states.