But what happens if Goseck dies and Kalø fires his special…

As Kalø is the caster, it will be tied to Kalø’s health

Kalo uses other heroes special skill as his own, so he should check his own health, and fire the skill accordingling.

Thank you both! Clear as crystal!

So, with all the health boosters out there, does his damage diminish or does it stay the same?

I am lucky enough to have pulled this beast. He is an absolute monster, especially after he’s taken some damage. Pair him up with Zhuge or Liu Bei for their reflect minions while he has Stone Skin; enemy takes 65% damage reflected back, while Goseck receives 1

Also… his picture across the bottom in battle does not feature the colored border like every other hero does. Some sort of glitch. Not a big deal, but was a total pain during the challenge event where the hero colors were being swapped around.

I think he does to much damage even if he has lost very minimal health.

That may be when his stoneskin is active: it shows as a grey stone border in place of the border I think you’re talking about. 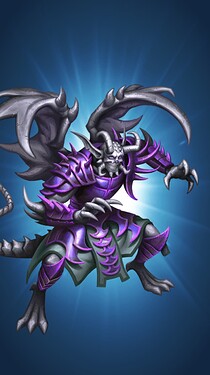 i don’t have this hero, he is too strong / OP, please nerf him now

I just fought this guy and his health was 778/1660 and he dealt the max amount of dame to all of my heroes (about 1230 to each) and I have a problem with that. He had about 50% health left yet he dealt the maximum amount of damage. When will the developers fix this guy? His damage output is clearly not calculated correctly and they don’t seem to care.

How does Goseck work? He was 1325/1660, and did over 1200 damage each to my entire party. That’s insane. Has anyone seen the damage inflicted by an undamaged Goseck? Broken AF.

were there aliments on your team? was he buffed?
was he emblemed and LB? which troops used?

same for your team

He was not buffed, but had had attack up to 1236 from his troops and the general defence team bonus. He had full emblems and was limit broken, as was I. My mana troops were all around lev 17, his was 28.

I know he was going to do some serious damage, but 3 of my nearly undamaged heroes were killed outright, with other two less than 200 hp each.

He does high damage already with very low amount of damage received.

thats a really good point, i gotta get her maxed

Only with some buff/debuff like that I would expect that damage from him in that situation:

There was neither. I couldn’t believe it.