Hi everybody,
I don’t know who to ascend first before maxing my Gregorion after the next rare quest. Gobbler or Little John? 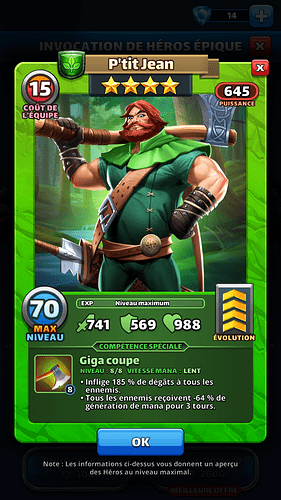 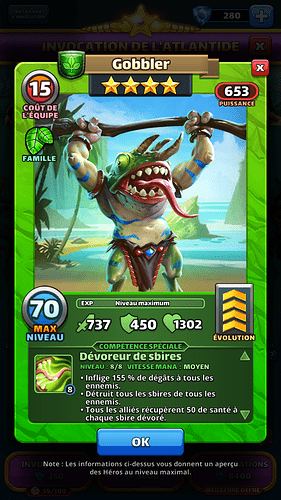 I don’t have any 4* green maxed. Got Kadilen at 3x70 and Kashrek at 3x60.
Lately, I pull Brienne wich I didn’t have after a lot of month…
So who’s gonna be first?
Thanks in advance for your time and your thoughts/advices.

Little John is good for events, and does more damage. He is a slug, but my vote goes to John.

I agree. Gobbler is a very specialized hero. Unless you are facing a minion-casting for (Thoth, Delilah, or Red Hood), Gobbler’s special is underwhelming.

Gobbler’s only real use is if you face Delilah, Red Hood, or Thoth on a regular basis. If you’re at that stage in the game then he’s a useful niche hero, otherwise LJ is better.

Thanks for the quick response. So it is, first Little John and in a while it will be Gobbler.
I have to face sometimes Delilah in raids, but Redhood not very often at my level. Maybe in a couple of next challenge event, Gobbler will be ready.
Thanks again

I’m going to Necro this (and kindly suggest a mod maybe move it to Gameplay Help and Tactics) because I find myself here too.

Pretty mature bench for me, working on my first rainbow 5* team. Not short on good options nor mats to ascend both (but y tho…).

I’m leaning towards LJ because of the tile damage (for Titans), possibility of him being insane in Rush Attack raid tourneys, and being a barbarian since I’m lousy with good druids.

I occasionally face a Delilah tank, but usually I can stack a good purple 3/2 split to take her down, so a Belith-durable Gobbler is a bit hard to swallow for me. 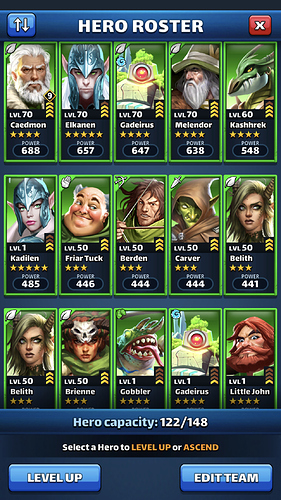 Gobbler is useless, even if u facing delilah, Redhood, santa, queen of hearts, inari, mother north, toth amun (notice all minion caster are strong 5*), gobbler will likely die early before casting his specials.

Meanwhile LJ is super useful. He can be a game changer by slowing down enemies mana. He saved me several times and reverse almost defeat game into victory