Gaffar or Merlin for events and titans?

I have Gaffar , Merlin , Obakan and Sartana. I’m only interest in Event and Titan , only have enough materials to max 1 x 4* . I will work on Obakan once the 4* is max. I know Gaffar tile damage is 29.0 and Merlin is 26.5 . Gaffar speed is higher as well, but I see Merlin is a lot on defensive team and offensive team due to his special skill. I have these heroes on my team, Wu Kong, Joon, Guardian Jackal, Gregorian, BT, Gravemaker, Grimm, Kiril, Melendor, Sir Lancelot they all have high tile damage.

For titans I would definitely say Merlin, when timed right his special will make the Titan waste their special and also damage themselves so will save your team from dying. For events they feel the same so I would say it’s a tie. Gafar certainly does do more damage with his tiles and special but the secondary sand effect isn’t really beneficial since you’re trying to go fast. Merlin’s special is more useful against the bosses to prevent them from firing their special but you’re typically nuking them or trying to kill them all at once anyways so I would say its a tie event-wise. I would work on Sartana after the 4* is max though or even max the other 4* before trying to work on a 5*. Good to have at least 2 rainbow 4* teams to give your raids, titans, event, and war more choices.

Not interest in AW, just use my flags to help the alliance out, I prefer the event & titan . AW matching are unfair. Those stupid arrows are annoying. The raids are ok. Due to Wu Kong , I thought bringing a team of high tile damage would be a huge advantage.I prefer to max Obakan ( 30.7) to Sartana ( 27.1 ) to take to Titan and event. I build my team around Wu Kong.

RedPython Hero analysis are brilliant, I thought tile damage are very important when using your team for Titans, I see on YouTube a lot of top line players use Guardian Falcon ( 19.9 ) to Sir Lancelot ( 30.4 ), I think they are over complicated things, Falcon Special looks great, with - 40%, but would you take him into a red titan ?, I suppose you take the right hero into the right situation.

One short word of advice:

Obakan may have good tile damage, but he is not a good hero. At all.
I maxed him, as my 1st purple 5*, when I did not know any better, and I hardly ever use him.

Sartana is a fast shooter, and quite an effective, versatile hero.

If you actually use the materials on Obakan - while having Sartana available - you may not be happy with this choice for long.

Perhaps there is another thread here on Titan , special skill vs tile damage, I know Sartana are much more versatile, but the hard data from Red python tell me that he is much better suited to Titans. Maybe the crowd see top 100 defense and think Sartana is better offensively than Obakan, my decision are purely based on offense. And the synergy around my team. I like Wu Kong alot and he is a lot of fun and I have my team around his special. I give up on defending my trophies. I have only seen Obakan in defense and he’s not much compare to Sartana. Offense wise is Sartana better when both are max. Anja would able to film a titan fight with Sartana , then one with Obakan, then u need Wu Kong in the mix. Thank you for ur input Anja

I will work on Obakan once the 4* is max

Many players leave Obakan at 3.70 as it isn’t a “game changing” hero.
Id suggest you to wait season 2 and the next month before spending tabards, you’ll never know…
but if you ascend him and then find a better purple, well… you’ll be “Obamboozled”. 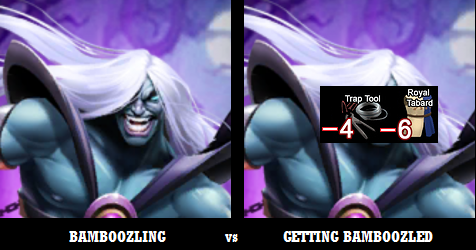 Thanks, I will wait. I seen beta testing with season 2, I think AW will develop, Map expand, you have easy or hard, they want new customer, but also try to keep current on happy.
I will max the 4*, but hold back on Sartana and Obakan.

I have enough mat to ascend GM a Gre ,but will , max Lianna due to her defense, also have enough to max Sartana, i will try to also max Misandra. Then arthur, i need ham and feeder heroes.