You earn food and iron for winning offensive raids, why can’t we earn food/iron for defensive wins. We all could use more resources and it will encourage more player involvement in setting up defensive teams. Please make this happen! Thanks

Would that discourage people to make attacks, if they lose resources for losing an attack on offense? 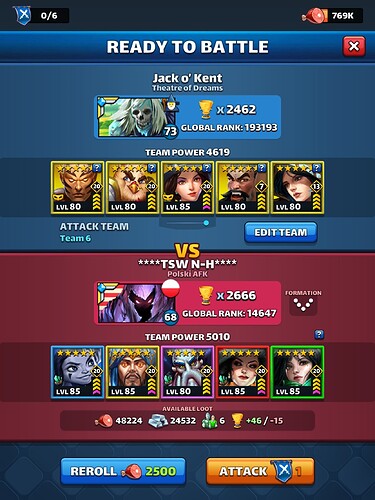 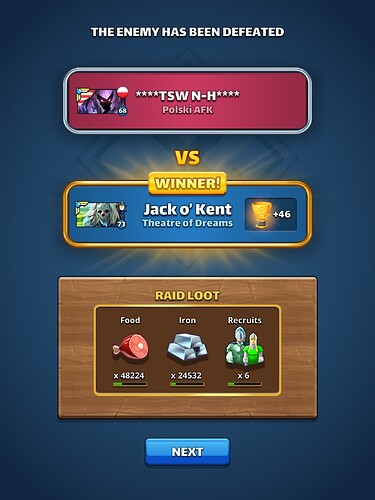 It might make people more lazy and less inclined to raid and purchase raid flasks though. But I like your idea

Wouldn’t add much. If it’s going to be based on what you have in the watchtower, people will just collect before they start raiding.

It doesn’t have to mean that the offensive player loses food and iron. It could just be a bonus reward for the defensive player

Could be a fixed bonus amount based on raid tier. Say 10k food and 5k iron for diamond. (Just throwing numbers out)

Sure, but it’s not going to change much as far as player involvement is concerned. People who cup drop will cup drop because they either want to fill raid chests or the offensive food/iron is more lucrative. Not saying it’s a bad idea, it’s just that I doubt it’ll get much traction and SGG isn’t known to give away much.

Fair points. I just know a lot plAyers run into resource walls. Was trying to brainstorm how to help us players out without a major change request. A few 100k of food a week would be a big help for me at least

Sure, extra food is appreciated. Personally I don’t see 100k of food a week being all that useful (I just mean that’s about what I can collect after an hour from my farms), but that’s getting to be a little more off-topic.