So I firmly believe everyone is entitled to play the game their own way as long as it doesn’t negatively impact other players of the game (unsolicited merc’ing of lower alliance titans, war join/leave shenanigans, etc.). However have you ever done things in game that are significantly opposite of the “normal” way to play the game.

For example see the fact that @zephyr1 & I are perfect foils on how we play the game.
We started playing 1 month apart but do things drastically different (and in most of my cases wrong)

Roster:
Z - Built a steady roster from 3* heroes, then 4* then 5* so now he has a diverse roster of emblemed/maxed heroes which he can cater to whatever gameplay experience he needs them for.
Void - Levels every shiny new hero as I got them. Fed prized HotMs to other 5*s in efforts to get them leveled faster. Did not pay mind to utility, team synergy, or color depth.

Challenge Events:
Z - Works progressively through challenge events from rare to epic to legendary replaying levels to land in the tier of loot he desires.
Void - Does Legendary…then replays legendary to stay top 100000…rinse repeat for 4 days of challenge

Atlantis Rises:
Z - Carefully saves/loads up on WE flasks, loot tickets and farms efficiently to store Training Camps for future leveling
Void - Tries to finish S2 map since I go through the map of normal & hard mode concurrently.

Forum:
Z - Beloved moderator who loves to help those genuinely inquiring about the game. Likes to be neat & orderly
Void - …has a forum account

Raids:
Z - Plans out a strategy (mono, 3-2, rainbow) based on opponent to maximize odds of winning. Doesn’t waste time revenging or attacking multiple times
Void - Uses Rigard - Jabberwock - GM - Tarlak - Proteus every raid regardless of enemy. Revenges everyone because he hates seeing the blue “revenge” clickable button in watchtower, will spend 3 flags on same opponent with no raid team changes because I prefer to either win or have the grayed out “no rematch available” icon.

Terrible playing style notwithstanding, do you have any bad gaming habits in this game or like me & Z have you found a perfect foil of someone who does the opposite of pretty much everything you would advise him/her/it to do.

I’d love to do my comparison with @ThePirateKing

He’s as methodical as @zephyr1 and probably does a head slap every time he hears what I’m doing (not doing).

I give him all the credit for everything I’m doing right and accept responsibility for all the crazy things I do on my own!

You missed out on the main one:

I thought we covered that over here:

What’s it take to be a mod?

No, no, I’m definitely a human.

Nothing to see over here. 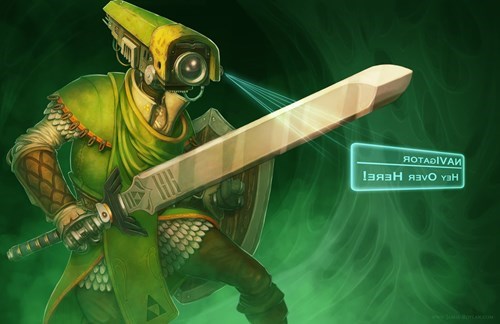 Although we do also have this thread from a merge a couple days ago: Love note for zephyr / Who thinks @zephyr1 is a robot?

So I guess I haven’t quite kept everyone convinced.

This was me too… I actually moved my training camps out of the center so I wouldn’t pay as much attention to them.

As a F2P, I don’t think I play the game the same as one because when you play without spending, you try to use whatever methods you can find to stay competitive (and that’s including using whatever methods the game offers to get heroes, Ascension mats, etc.). But I really… Don’t. More on that below.

It may look boring and tedious, but this is the pace and style I choose to play the game at.

@Shohoku79 You’re still enjoying the game right? So that’s a win in my book.

Also…I know some of my idiosyncrasies are irrational.

[maybe reserved for picture, maybe not…I don’t know how much evidence I want to provide for the Voidstrike is crazy train]

I just HAVE to keep closing and reopening each raid stage until the farming item I require appears on the ‘examples’ panel even though I KNOW it won’t guarantee I’ll win it. However, if I want that Midnight Root, I will keep opening and reopening until it appears!

@voidstrike
LOL, I am sort of like that too when it comes to inventory that I have control over. I like even numbers, so whenever i have the time to craft something for replenishing used stock, I always end up crafting small batches (say mana potions for example), that would take me to even numbers.
So, say I have 26 small mana potions, and I needed to replenish my stock, I will craft even numbers so by the time it is finished, I would have even numbers left. But if I have something like 17, I craft odd numbers to make final result even.

I still find the game enjoyable to some extent, although the passion has evaporated somewhat and is not showing signs of slowing down because of constantly bad summoning luck, and the idea that I will be running out of heroes to work on is looming on the horizon really will take a toll on even the most casual player of this game. I was actually somewhat planning and debating on my exiting strategy to this game, which would happen when I run out of new heroes to work (e.g. all my 3* and above are maxed and I still don’t have any new ones to work on) and I have to feed feeder heroes to feeder heroes just so I don’t constantly get nagged by the game about my lack of roster space.

With A.R. being moved up, paving the way for Season 3, I guess I would now have some S3 to work on in the near horizon. Oh boy, new 3* and maybe some 4* heroes I would get, and another hoard of 5* I will probably never get… Can you detect the excitement that’s oozing from my expression?

Perhaps, this is a way for the game to force me out, either start spending gems to increase roster space so I can keep the heroes, forfeit the 3* aspects of this game (namely the 3* Raid Tourneys and the Rare Tiers of Challenge Events) and free up their roster space to keep the 4* and 5*, or finally stop this F2P business and start spending $$ on gems/summons (oh you will want to see that, don’t you, Zynga?)

OMG you’ve been secretly watching me play, haven’t you

Harpoons are the worst. If I can’t build enough to get to some multiple of 5 bigger than 20 (because, short of iron) then I won’t build any. Then I run out on the next titan

Omg. Me too. Glad someone has the same kind of oddities. Makes me feel more normal. Lol.

Just read the rest of the entries. So many of “us” out there.

you are not alone.

Just read the rest of the entries. So many of “us” out there.

you are not alone. 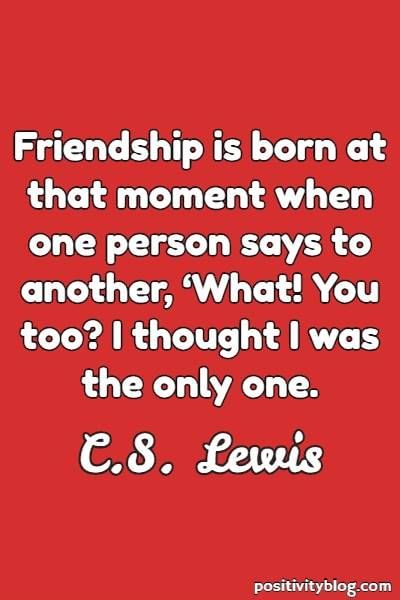 I literally spent hours figuring out the best layout for my buildings, and most of it has nothing to do with gameplay.

Did exactly the same! And it really worries me that my mines are near the Stronghold where people walk around… all that nasty pollution. But they have to be away from the farms!

I revenge. But I keeps all my heros. Heros be keeping it realz. I only attack 30+ in raids and if they are 45+ I will attack until I can’t anymore. I have kept track of raids and realized I will win 50% of the time to a team where I only lose -10. I only attack +10 when dey bounty be plenty. And I likes eaten plenty

I really like to collect my watchtower/farms/iron/recruits at the same time.

I collect TC20 on the first of the month.

I feed 3* heroes all the feeders I collect from stages during Atlantis Rises. That way I am not using my training camp heroes. But I am about to have 1 of every 3* maxed. (I do well in 3* tournament.)

When I craft the number I finish with has to be even with a preference for it to be a multiple of 10.

I like my defense team to have the same number of emblems each and the same level troops. It makes me crazy when one is off.

If someone I know I have no chance of winning against comes in my watchtower I will play them three times trying to learn what I can do next time. Idgaf about cups.

When I first started playing I leveled the heroes I thought looked the best and gave them back stories. (Nerd

I never raid before I have used my war flags. I don’t want to use my luck up.

When a hero dies I thank them for their service. If I’m salty I then tell them to “git gud”.

If a hero’s special is maxed before I send them to third ascension I think they are “smart” and it bodes well. If I get ascension mats for a new hero’s color the same day I take it as a sign they are to be leveled. I got Ariel, a warm cape and a scope yesterday. She wants to be leveled but she’s about to go to 3 and only 4/8 on her special. Pretty and eager, but not smart.

When it comes to wars I always do a raid first to “see how RNG is treating me”. Then I decide whether to war right away or wait a bit.

Which is probably nonsensical since I raid 3-2 and war mono.

I have the very bad habit of trying to make revenges much more difficult on myself. I’ll often lose all 3, although I do change the teams around, for the sake of dropping some cups. Let me point out that I never intentionally lose, I try to win but if I decide to fight all 5* with all 4* I’m considerably lowering my odds of winning. Especially with Alberich, GM, Ursena, Kage and Ariel staring into my soul.

Problem is I refuse to drop cups and I despise waking up in the morning to see my watchtower decimated, Richard crying in the corner, Ursena sliding down the wall where someone flung her, well you get the picture. So I’ll challenge myself to take out much stronger teams using lower level hero’s. Normally it works out well for me.

Then I wake up the next day and repeat the whole process over again? Hmmmm, I need a therapist huh?