So, I see that I’m getting raided quite often, and happened to look at the alliance of someone who raided me. The vast majority of the players in hat alliance haven’t been online in more than 100 days, some more than 500. But what really struck me was that these players had a fairly sizable number of trophies. Now, I have two screen shots of players in that alliance, so nothing against you or anybody in that alliance, but could the raid algorithms actually pick inactive players for raiding more frequently? I figured that since they aren’t using their accounts, they won’t miss their trophies being taken, plus it will allow active players to gain some trophies with a lower probability of revenge. This would be very helpful for those players trying to get the 150 raids in the diamond arena mission completed. I’ve been stuck with m the platinum arena for 6 months, and have only barely made it into the diamond arena a few times before I’m knocked back down to platinum.
I already don’t like that the majority of players that I roll are 400-600 power higher than my top heroes, so throw us a bone here. Even the playing field. Make the raid system suck less. 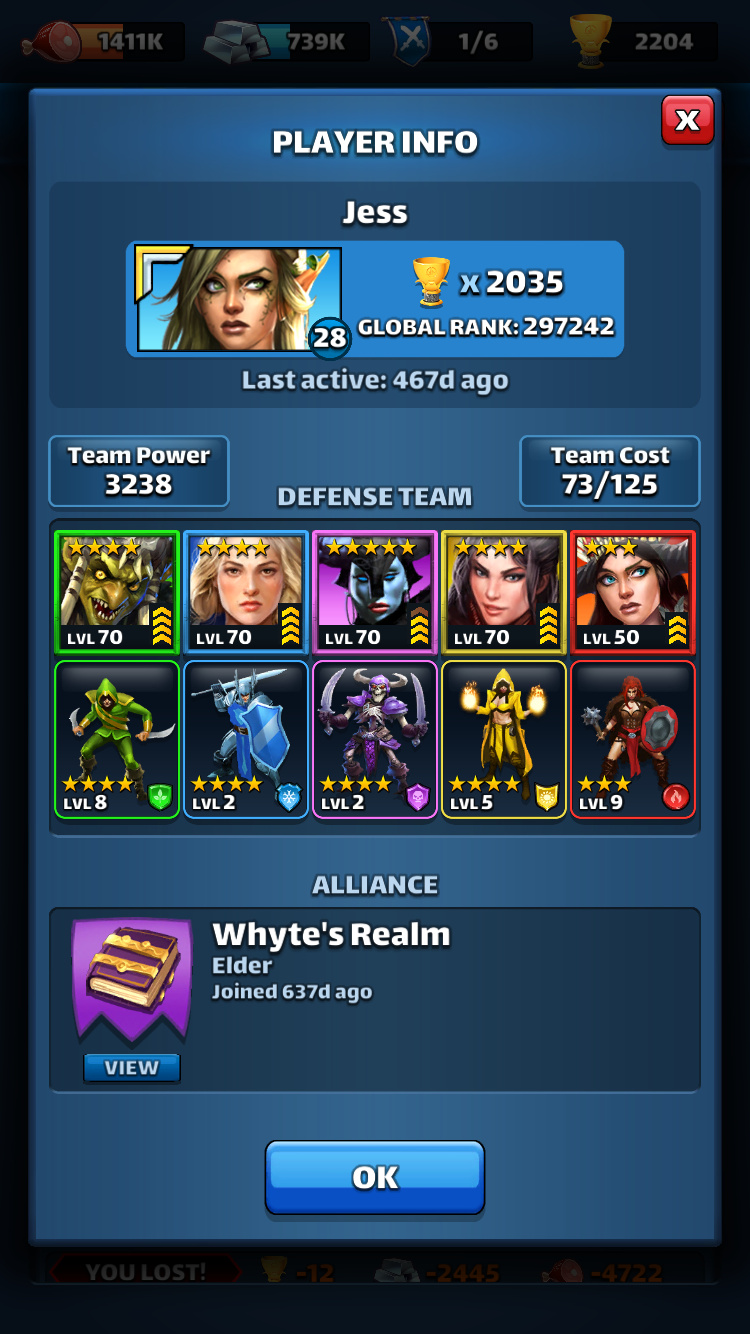 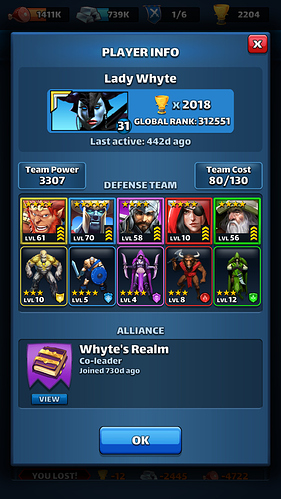 I thought the same thing. Maybe you can try posting this is the ideas section?