5 gems is just ridiculous… Other games give 100 - 500 gems, some even more, for completing longer missions. Even super-easy daily missions are “worth” 20-50 gems in various non-SGG games.

I don’t expect 500, but completing such a mission should at least give a noticeable bonus. 5 gems is not even 2 % of a single summon. Fast-forwarding one of the chests for 3 hours already eats up the whole five gems…

Exactly! Clearing a daily mission in one of my other games gets me minimum 10-15 gems. Depending on the difficulty level chosen.

This game is definitely the stingiest when it comes to in game rewards, besides PC of course. Oh wait … it’s the same developer.

Is there already any information about how the gem promotions will be? Day 1 will sell a promo with 3000 gems? Or promo with 400 gems and season coins? Or some other promo other than seasons 2, 3, 4? Thanks!

I am just linking to my answer in the other topic:

We will see it just only when it arrives to the game. I am expecting similar offers what we have for Underwild.

I predict one offer

Theres a reason why im OMNI 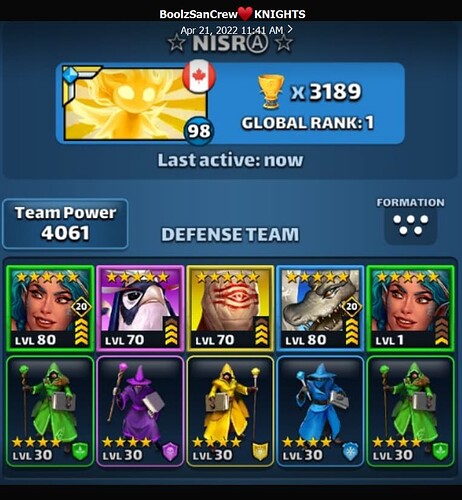 Haha!!! Holy shxt!!! What is that, a down payment for a 5 bedroom house in the suburbs? Geez…5 new 5* and 2 already maxed and emblemed. Should drop another half tank of gas worth to get them limit broken.

You have to finish province 1 and unlock the amulets.
First mission is playing 65 maps with the ankh amulet for 5 gems

Not sure if this was mentioned before, but it seems to me a very bad design to have a stage property giving minus defense to enemies but then make those same enemies immune to any ailment affecting defense. I understand why they would make them immune but then SG should have designed a different property instead…

Do we get a new amulet + amulet slot after we finish the second province?

Edit: seems like the third amulet can be found after completing province 4. Now I only need to find out when we’re unlocking the second slot. 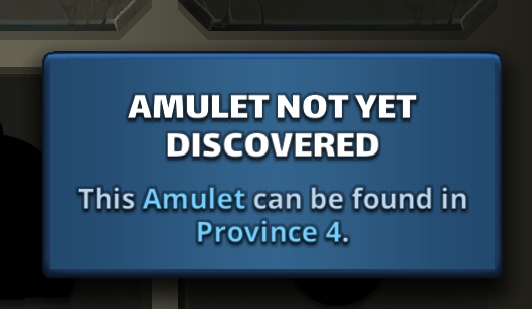 Edit 2: I found the second slot too 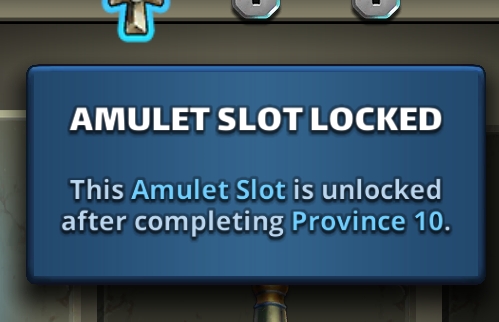 Mana curse effect is renamed to Cursed Tombs, and it is adjusted a bit.

I have added all to the OP.

All are also added to the released provincies topic too:

In the future I will just adjust this second location.

Order of the Pharoah. Province 13’s special effect. Says “All heros must take damage every five turns”. Or what? Doesn’t mention the penalty.

Second, and less important. The backgound in Province 13’s combats are in the tombs, but the dialog says we’re out of them. Should be a different background.

Anyone know what’s happened to Papy’s head on Province 15/10? 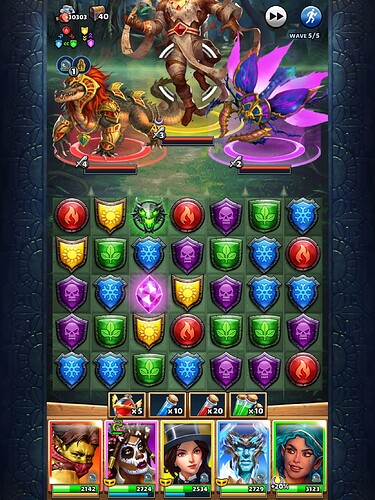