Does this game "autoban"?

So I know the team doesn’t discuss individual bans, and rightfully so. But something said in a now closed thread got me wondering. Does this game use automated methods of recognizing irregular behaviour and does it hand out automated bans?

If so, some of us might be wise to take heed. I’m referring to any of us with poor wifi at place(s) where we play. Poor wifi with numerous disconnects can trick an autoban system into falsely identifying you as an account with irregular activities. And then it’s BOOM Ban, goodbye.

So here’s my advice: if you’re frequently seeing the big wifi symbol in your game at a certain place, maybe it’s better to stop gaming there, or only on 3G/4G. It sucks to be marked down as a false positive. The burden of proof is on your side exclusively.

If you are a false positive ban, you will probably not find support being very responsive. And I honestly think it’s understandably so: users that -are- justly banned -will- more often than not appeal their bans. It’s in the mode of action for illegal users, I’m afraid. They exploit every system, including support. They know support can be tricked and they know they can use their purchases on the game as leverage for their trickery. They know it doesn’t always work but they try regardless on the premise that a gamble is always worth a gamble. False appeals are a big problem in fighting illegal users.

In the fight against illegal users, we can’t just say: “SG you’re responsible so it’s all on you”. Well, technically you can I suppose, but the point is, it doesn’t get you anywhere. If you get falsely banned then you’re in trouble. Better safe than sorry.

Why is a bad internet connection related to illegal activity?

I can’t explain this to you because I am not allowed to do so by the forum rules. I can only tell you that an irregular connection is indeed a positive indicator of illegal activity.

Three times my Wi-Fi went wild while in a titan’s fight (flashing Wi-Fi icon and 0 signal) and I had to swap to my 4G:

I were connected both on Facebook and Google Play BTW.

IDK what happened in those bans but I’m sure that if the system were at fault the players will be reimbursed sooner or later.

Well that is pretty stupid… I recently had bad connections at my house where my router was dropping out, my phone had random data corruption, TV freezing… turns out after 2 weeks and having several service calls to get it resolved… that the signal in my area was low due to a pole amplifier overheating…through no fault of my own I’d be at risk of losing all I worked for because of “random” internet access and drop outs?

I dare someone to explain that rationale to me with straight face.

I’d hope that a poor connection wouldn’t trigger bans for this game. It’s more of an issue for games with live PvP, which E&P doesn’t have.

However, bans based on connection issues wouldn’t be unprecedented: 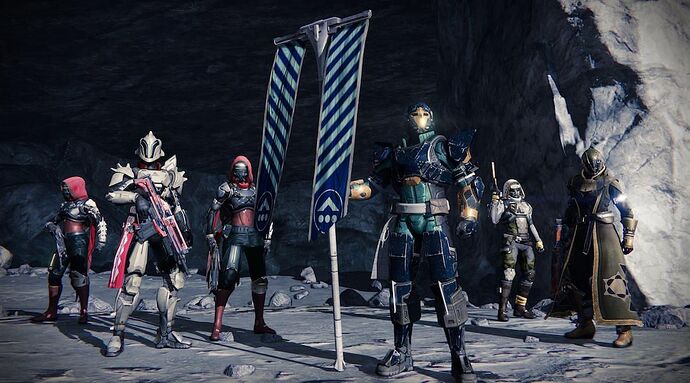 Destiny May Ban Players With Bad Connections From The Crucible

Bungie has apparently begun warning players with poor Internet, saying that if the situation doesn't fix itself then those players will be banned from Destiny's PvP.

I’m pretty sure that this is the Autobahn, @Bertus…but it would make it quicker to get from Corellia to Shaguadin 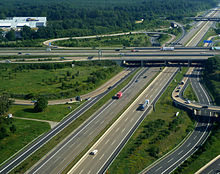 The mobile internet signal around my workplace - no WLAN - is quite unreliable. And I do like to farm a little on my lunch break or do some titan attacks from my place of work, so that I do not waste flags.

Hm … if it is dangerous for people to play from outside their home, that is not nice!

I know the thread you’re referring to. I find it highly skeptical that he wasn’t doing something off. Call me naive, but I have no concern about being banned.

I have another suggestion. One ban was because of playing too much. I think this person was online nearly the complete day/night. So devs/system think there was something installed to avoid auto abortion of connection due to inactivity.
I installed an emulator last Weekend to play apps on my computer.
I was watching a DVD and switched every few minutes shortly to game to check for new messages in Chat. Guess I was online several hours in a row this way but have not hacked the game to stay online all the time. Hope this will also not lead to aban

Okay, @FraVit93, @kittmaster, @lexinen, @AnjaValkyrie, good that I’ve caught your attention. But don’t grow overly concerned. Mind you I’m referring to a pattern of a lot frequent disconnecting that is an indicator of suspicious activity. I’m not referring to normal every once and a while disconnects that everyone has.

You don’t have to be afraid for autobans if you see the wifi symbol once a day. Or twice. But 50 may be a different case. 50 times in 5 minutes? No way that’s natural. The autoban would be set to pick up on the abnormal, and totally ignore the normal chitchatter of disconnects that everyone has.

@littleKAF Yeah, can’t evade that notion as well. I’ve had plenty of dealings with cheating in game and invariably they all had the prettiest tales about how innocent they were. Can’t help getting jaded if you’re reading such a post from the nth user and hours later it’s Boom Ban Bye sweet Justice.

Still, I’ve also played games where the developer did set their autoban method far too strict, and it backlashed in massive false positive banning. Better safe than sorry. Autobanning is a necessary evil.

Hope this will also not lead to aban

I’m very certain that being online for several hours will not get you autobanned. 72 hours online in a row may be a different story. I don’t know. I’m not “in the know”. And SG won’t tell us. No need to make us any wiser than we need to be. The war against illegal users is an arms race. They are listening in as well.

I think this case can be related to here
https://forum.smallgiantgames.com/t/support-for-revenging-online-players-in-top-100/11222
I dont think said player has been banned because I’ve seen him creeping up the leaderboard as of late.

Edit: sorry, I cant find the original complaining thread that lead to this action. Long story short, that guy was hogging the first place 24/7 and havn’t logged off for couple days and several 7dd folks and other top players were complaining of inability to revenge.

I tried to overtake the league, im have two place. Im have not very bad internet connection. And sometimes, i get icon Wi-Fi. As I said above, everything was normal before. I almost sat in the game all day. Earlier, I did not participate in such leagues. In the end, I get a notification, what i “Suspiciously active”, i think okay, and began to play significantly less yesterday. Came out on top, went to sleep. in 4-5 hours, they give me a ban, support is still silent.
pro
Screenshot_2018-07-15-11-41-10-087_com.perm.kate.pro.jpg1080x1920 149 KB
so… good…

Hello, today i get ban, ticket have. I have problem with connecton and get pm, what i can get ban. I was first in epic legue… if creator unbaned me, what will with my win… [empires][empires][empires] Help please…

@Sorsha Sorry, I cant find you the original thread to show you the clear picture of continous play/not logoff for extended period of time case. But there is one person that have been caught doing that as I described in previous post.

i was just fearing that I could be banned due to the fact I now use an emulator sometimes and can easily switch back to game while doing other things. This will surely lead to a increase of time being online. As I am not top 100 noone can attack me during this time but this is not my intension! For sure after a while I not switch back to game (even with emulator) or when I quit playing i am offline and ready to lose my cups then

I think it’s safe to say that if you’re still offline every time you sleep and work/study, then it’s highly unlikely that your account will be marked as suspicious.

I also think it’s safe to say that if you cheat, you lose. Even if you don’t get caught, you’re already a loser.

The original idea of allowing people to attack others in the top 100 when online was designed specifically to stop players doing what you are doing.
I do not understand the reasoning behind worrying about cups they come they go, their only true purpose is to show how good a player you are or have become…
So in a way you are falsifying your own cup lvl by staying logged on so this could constitute an unfair advantage aka cheating.
At certain times I can be on in game for an hour or two but that involves raiding farming titans etc plus a lot of chatting in our alliance. But all of us know that once we log off we lose cups it just makes the chase more enjoyable.
I would personally advise removal of said emulator to avoid any repercussions but that is my own personal view

I personally raid in platinum and not diamont. i don’t care for cups and do no cup dropping. My only intension is to fill up my chest. I do not raid when chest is not active and as I do not spend any money on the game I save my gems for summon and not to skip chest. There are only times (usually on the weekend) where i might be online several hours in a row. I just love the game and on weekend we chat a lot.
This should not be punished by a ban. That’s all I want. If someone really hacked the game to be online 24/7 is worth a ban for ever! just because of hacking the game. That’s my opinion…

I am glad to hear that, dear.
I do get that wifi Symbol flashing sometimes when trying to log on from around the office building at lunchtime.
I also need several attempts to log on sometimes, when I am at my place of work.

Glad that this will not get me in trouble.

I know of a few who use an emulator to play on a computer rather than a hand-held device.

I believe at the moment emulators are “not supported” but not forbidden. When SG changes the rules, they announce such changes and let us all know.