Do hero specials have the elemental strengths and weaknesses?

For proof that color does not matter for specials I did this: 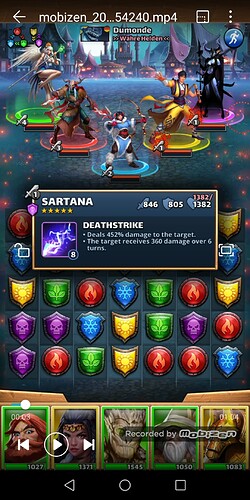 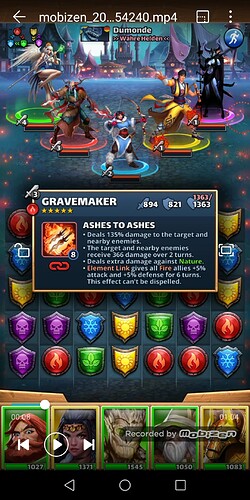 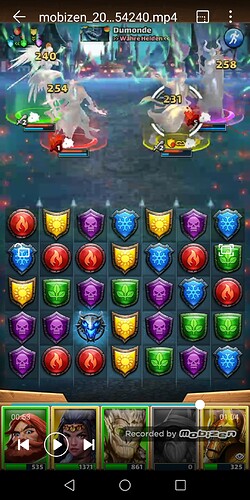 elemental boost of around 10-15% myself

The increased damage to the weak element could come from the special itself (see “Deals extra damage against element.” as in HOTMs skills) and from elemental defense debuff.

If a elemental defense debuff isn’t apllied and the special doesn’t include the extra damage then the special will deal the same damage to different targets with the same defense regardless of their element.

Strong/Weak color only applies to tiles

Strong/Weak color only applies to tiles

All Said. There is NO weak/strong color with special. If there is more damage to a specific color, it is written in hero description.

Condition 1 is met by Natalya, Zeline, Athena, and Gravemaker.

Condition 2 is created by Panther, Jackal, Arthur, Evelyn and Falcon.

Condition 1 specials like Gravemaker are strong/neutral. They have NO weak condition. (unlike tile damage)

Worthwhile to note that damage over time is NOT affected by buffs or debuffs. Sartana’s poison is just as potent against a shielded Guin as an unshielded Guin, for example.

damage over time is NOT affected by buffs or debuffs

Yes, DOT bypasses those as well as a high defense, reflected or shared damage. That’s a really nice thing about heroes like Gravemaker or Marjana.

And probably the second best thing about Natalya. (Right after the way she’s falling out of her wardrobe

But why with elemental debuff if not without? It shows the system is registering the attack as elemental-based damage for that to happen

Jackal gets no love…

I had this same question. Specials are neutral unless it mentions a color. Like if you hit with falcon and then follow up with Scarlett, the elemental debuff gives Scarlett’s special a color.

I wonder if it is coded in such a way that it checks the color that initiated the damage. For instance, if Boril is debuffed by Falcon with fire elemental defense debuff. Then you use Kelile’s special on Boril:

The code notes that Boril is receiving damage from a source that has the elemental attribute fire. Therefore, it applies the defense reduction when calculating the damage done by Kelile’s special.

It does, I’ve tested it. That’s why people say jackal and joon is a killer combo because the defender will get hit by joon much harder than normal after jackal debuffs.

Wow thank you everyone! This is great info. I really appreciate it!

Agreed. I actually use Falcon and Kelile all the time. I was simply guessing as to how it is implemented in the code.