Here’s the new double costume bonus Khagan. I’m still finishing the LB levels for the second costume, but will post that when it’s done. 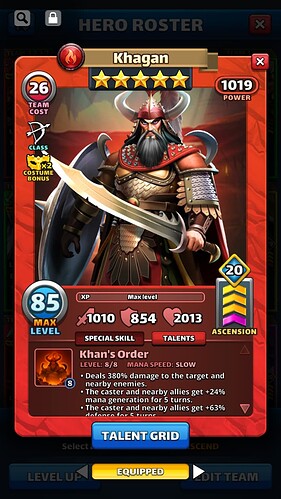 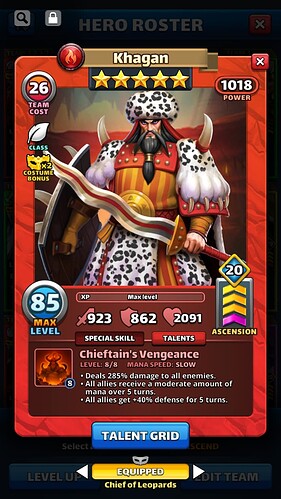 Thanks a lot, this database is very helpful!

The values for attack, defense and health also differ. Is this because of the emblem path?

Don’t know, if they should be updated. Here they are: 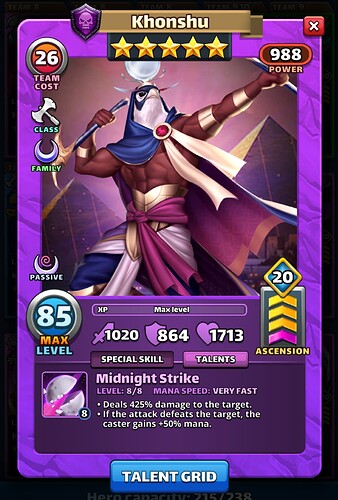 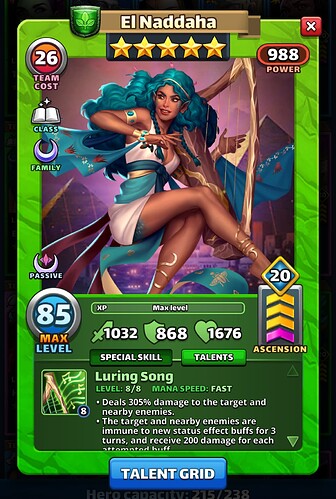 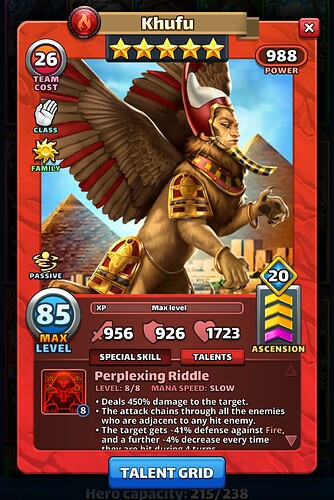 Yes, I wrote above database that stats vary depending how people emblem heroes. It would be super hard to find all variations of same heroes.

Missing new Hotm also. If you have them or find people please take a picture of alliance so I can find them. I need uniform pictures so need to take pics by my self.

Thanks all for contributing this database.

@Andrewbook , you can help here, can’t you?

Sure. Is this the info you want? I can switch back to the base version after you grab a shot of this one. Let me know. 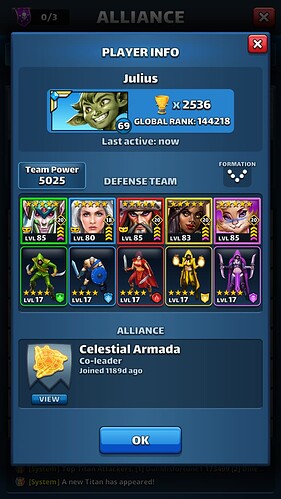 Can you change Khagan to costume and then normal in 30 seconds?

Normal now. I don’t have the first costume LB’d.

Got it thx for the help.

Thx for continuing this project.

Just an observation.
The heroes are not in alfabetical order in the Secondary Costumes. (Vivica is in the begining and not at the end.)
Maybe it worth to have them in order so that if someone looks for them, then it is easier to find a proper hero, and it is less effort to have them sorted now comapred to sorting later.

Missing 2c Elkanen and original and costumes versions of heroes that got secondary costumes.

Thanks for suggestion, not sure if you think it’s ok I will exchange it. 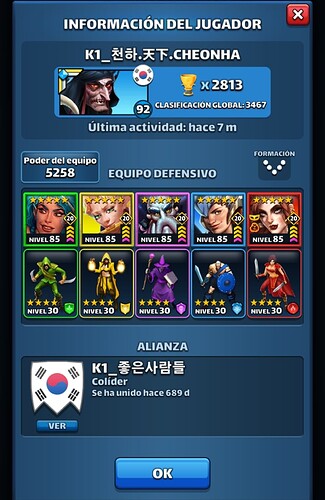 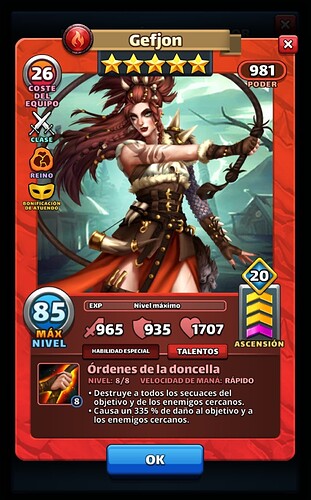 Wow that was quick!