Really could use some feedback and input for my defense team, both for regular raids and alliance wars. I generally use the same for both, to an extent. Currently my main D team: 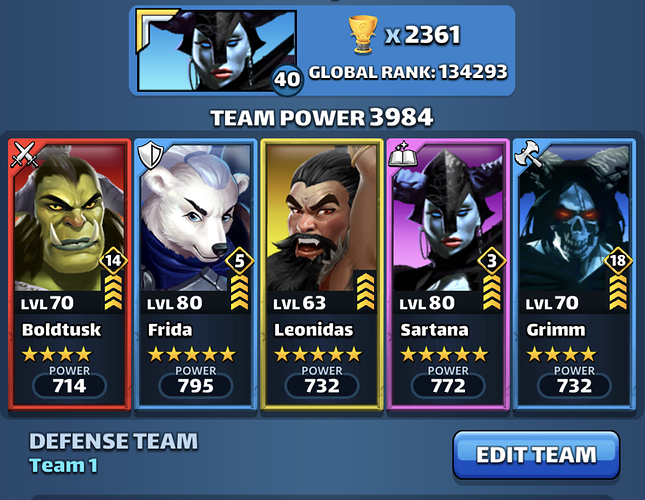 I have had some success since putting Leo at tank, and our alliance also recently switched to yellow for tank color in war so I’d like to build my team around him. Here is a look at my remaining heroes: 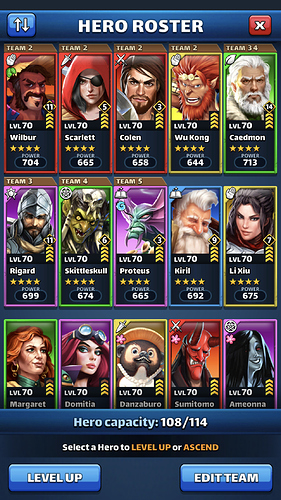 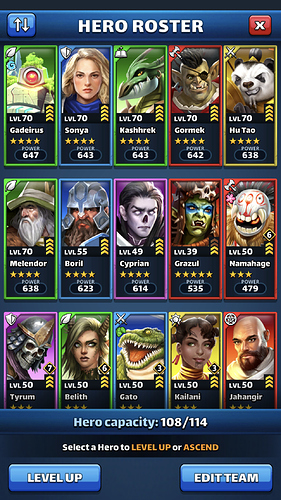 Any advice for who to use and how to arrange them?

I would probably stick to a rainbow team at this point.

Cade (For the debuff all, and assuming you took an attack path he actually hits ok with emblems, Fast mana so can fire stuck in the corner), BT, Leo, Frida, Sartana

and for what its worth, here is why i assembled in that order.

IF the all were charged…

Cade fires does damage and debuffs
BT heals and drops attack buff for the stacked sick of your defense
Leo, Frida, Sartana drop the hammer on debuffed heroes with their attack up buff active

Thank you! I like it. I will test it out for a while and report back!