Cut ALL damage and ALL healing by half across the board

I think we’re at the point where most of the PvP fights end one way or the other as soon as 2-3 specials are launched (by turn 6-7).

Individual hero balance changes that are necessary to amend this would be too severe and unfair to those who have spent a lot of money to get all of the meta heroes.

What I propose instead is to cut ALL damage and ALL healing in the game by half, effectively doubling the amount of turns in a PvP fight.

Somebody has recently had a few bad boards

I often have battles that stretch into the increased damage turns.

My battles often reach 5 minutes and 30 or even 40 turns.

Sorry but no support for this one. Telly’s day will end as it did for Guin, Kunchen, ever other popular tank. I often go into raid battles that run me into the timer, usually 1-2 per day. No issues here.

I don’t want longer battles. Because of time and because they’ll become boring.

Can you imagine the angst in field aid wars with that C.Rigard left in the corner when damage is halved and all you have left is a Melendor?

Easy: by modifying the damage formulas instead of the stats. Add a cheeky /2 in there, presto.

I often have battles that stretch into the increased damage turns.

In those cases it will stack soon enough regardless, you’ll be back to “normal” damage levels within seconds once the tiebreaker kicks in.

Telly’s day will end as it did for Guin, Kunchen, ever other popular tank.

My point is that Telly is not the problem, the problem is that we have 4 other fast/very fast heroes that reduce your entire team to ashes if you let them fire.

Understandable, but since healing is cut as well, it won’t be that much of a factor. Tiebreaker will still exist and end unbearably long fights.

Can you imagine the angst in field aid wars with that C.Rigard left in the corner when damage is halved and all you have left is a Melendor?

It’ll be exactly the same angst, eeyup. Half the damage, half the heals.

It’ll be exactly the same angst, eeyup. Half the damage, half the heals.

No, it won’t. With just a healer you have to line up tiles to kill Rigard. If damage is halved you’ll never do it in one hit unless you cascade, so you’ll rarely do it at all. He’ll Just need a few more turns to heal.

effectively doubling the amount of turns in a PvP fight.

I appreciate that you have thought about this but doubling the number of turns in PvP? I get to almost time out often enough as is, I doubt SG will be on board with 30 minute battles or that many players either.

No, it won’t. With just a healer you have to line up tiles to kill Rigard. If damage is halved you’ll never do it in one hit unless you cascade, so you’ll rarely do it at all.

With field aid? I’m fairly certain that has never been done (video or it’s not true). We have all clearly been there before… Oh the humiliation of using 2 extra flags to kill one wing Rigard…

I think you’re trying to solve something that isn’t broken. raids are already plenty long. on days with Alliance wars, raid tournaments and then also raids for the mission chest, it’s a massive time sink to complete everything.

if you feel that the game is too chance based and should become more tactical- i think unfortunately, thats just the balance this game has struck. but I think its also why the game is so popular, there have been much more tactical puzzle rpgs and none of them have generated the kind of user base that e&p has.

if you feel that the game is too chance based and should become more tactical- i think unfortunately, thats just the balance this game has struck.

Yeah, that’s probably it. I regret the power creep with all of the new additions - it used to be just GM and Drake that did obscene amounts of damage way too fast, now you can easily cram 4 heroes like that into your defense roster, and then the offense has about 7 turns to decide the outcome.

Going back to a healthy (IMO) game state from here would mean aggressive nerfs - and that’s not something to be considered if SGG wants to retain the big spenders.

A thousand different ideas / issues being discussed here, and I don’t think I fully agree with any of them.

Yeah, surprise surprise, TGW coming in here to disagree with everyone just because he’s a natural contrarian.

Well, okay. Part that, yes. Also partly because I’m currently bored. But mostly because… I see so many things in this thread that I vehemently disagree with, I don’t even know where to start.

And yeah, I’m sure some of you are telling yourselves, “if TGW disagrees with me, that means that I’m right”… maybe? Perhaps. 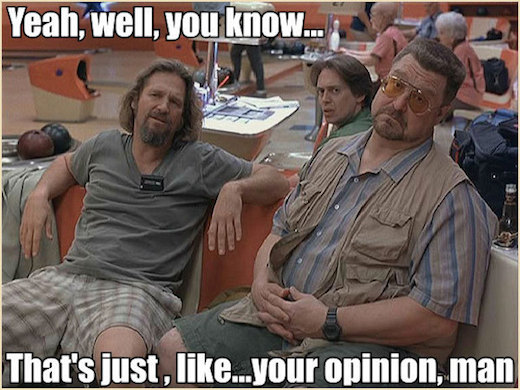 Alright. Here’s my opinions. Feel free to post your hateful replies and such… you know, the usual drivel, “learn to play/ git gud!”, “uninstall the game if you hate it so much”, and all the other very kind and helpful types of replies I’m used to receiving around here…

TO THE ORIGINAL POINT: I agree. PvP fights are mostly silly. It’s either: rawr I haz OP heroes so I destroy lower opponents ez!… or let’s try mono and hope for tiles! $$$ and luck are the two main factors. If you have neither on your side? Get rekt. End of story.

But damn… cutting all damage and healing in half? Well

. If they did that? I might have to go back to using… rainbow teams

That would be super weird and awkward for me, now that I’ve finally gotten completely comfy cozy with the YOLO color stacking lyfe.

Then the talks about how some fights last forever. Yeah, sometimes. Most of mine are over relatively quickly. Only time it turns into a long fight is when I stack too many healers and opponent has healers left alive. Those “fights” are just more annoying than anything. Has zero to do with skill. At that point you’re just ditching bad tiles, hoping to line up enough good tiles to kill the opponent. Which, as pointed out, in a Field Aid war where there is no damage boost after X number of minutes? Might as well just flee.

But regular raids? Ohhh yeah, if I don’t get some good hits early on in the raid, I’m dead less than 10 turns in.

“Well you must not be very good at the game…”

Um, excuse me, but I can’t help it that most of the opponent teams at my cup level are usually 200+ TP higher than my best rainbow defense team. And yeah, a full team of 20 emblemed 5* HotMs can usually destroy a color stacked mix of 4s and 5s in just a few turns… unless I get the tiles to destroy them first. So it’s basically luck vs. $$$ (and I don’t have a whole lot of either).

Anyway, what else was I ranting about again?

Oh, right - power creep. It’s very real. But some people don’t think so. The reason why they don’t think so? Because they already have 30+ maxed legendary, 20 emblemed heroes with level 30 4* troops.

“What is this power creep you speak of? Just play the game. If you don’t have 4700 TP after one year of playing, you are not even trying.”

I might have to go back to using… rainbow teams

But I’m a weird person, I’ve been using a rainbow team for raids for weeks now, because I don’t mind losing too much, but want to have fun with the game instead of praying to insert deity of choice to send me the right tiles.
The current 40% win rate against the top shelf GTV+20 metagolems is fine by me.

LOL I usually get my butt kicked with rainbow. But if my opponents didn’t completely destroy my rainbow teams in 5 turns? Maybe I could actually like… play the boards themselves and utilize special skills and stuff. If my heroes weren’t all getting one shotted before their specials, you know, actually charged up.

Currently, color stacking is my only hope of getting into diamond (and I only stay there until the moment I log off).

The 20% buff has to go - that’s the truth right there.
Emblems on the other hand level out since they give both damage and tankiness.