Sorry, new here - just trying to update my last post but deleted it instead 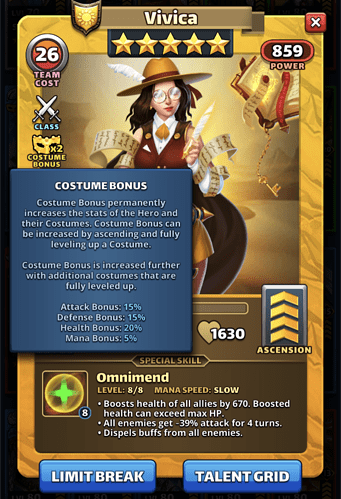 Well well, look what the cat dragged in

If you have many costumes handy it is done very quickly on a previously leveled original.
People do this on new heroes. Doing it on a costume is fairly easy compared

Had planned to save all my keys till next time, but just like @Cheds could not wait and used some.
Pulled Vivica. Had only the original from before, so she was quite a bit behind in the queue.
Now however…

I got Director Zuri from SE (should have gone for Theobald

Whom to prioritize? Director Zuri or C2 Vivica?

I have Zekena for titans, so its more healer vs healer.
Vivica’s stats are amazing, and overheal is nice, but DZ is average and with a heavy heal + minion

I just got costume Sif and pulled several vivica out of this portal. I have Sif waiting for aether but am now torn as I’ve already got vivicas first costume at +18 so it was easy to quickly level her 2nd. I still think Sif works better defensively but those stats on the double costume bonus are crazy. Good problem to have I suppose. I’ll flip a coin for who gets the aether I guess.

I got her today. Since I didn’t have either costume, a double boon. I will be maxing the costumes after I finish Ranvir from Soul Exchange.

I was torn between Quenell & DirZur in the latest SE & chose Quenell cuz I have Lud & Wolfie & a lot of asc. mats, emblems & aethers. So I’m stoked to get Vivs 2nd costume. Yes, I’ll have to start from scratch but I would’ve had to do the same with Zur. Yes, Zur is average speed but with the cos. bonus + mana troop she’ll charge slightly quicker & her beefy stats mean she’ll outlast most. Plus it’s not been mentioned about the talent class change. Fighter for a healer is awesome. Many times I’ve finished off a healer who’s revived themselves with full mana & healed themselves & everyone & the battle continues !!

I cant wait to fight her. I pullee her today and while I kind of wanted Elkanen, I’ll happily use her

With the 5% mana speed, what mana/magic troop needed for maximum tile shave ?

Underwhelming. Only worth it for the 2nd Costume Bonus IMO

And many times the Cleric healer fires before the Fighter dies because they blocked a Mana ailment. The Fighter scenario is just more visually obvious

Yes, I still have to LB their original forms as well 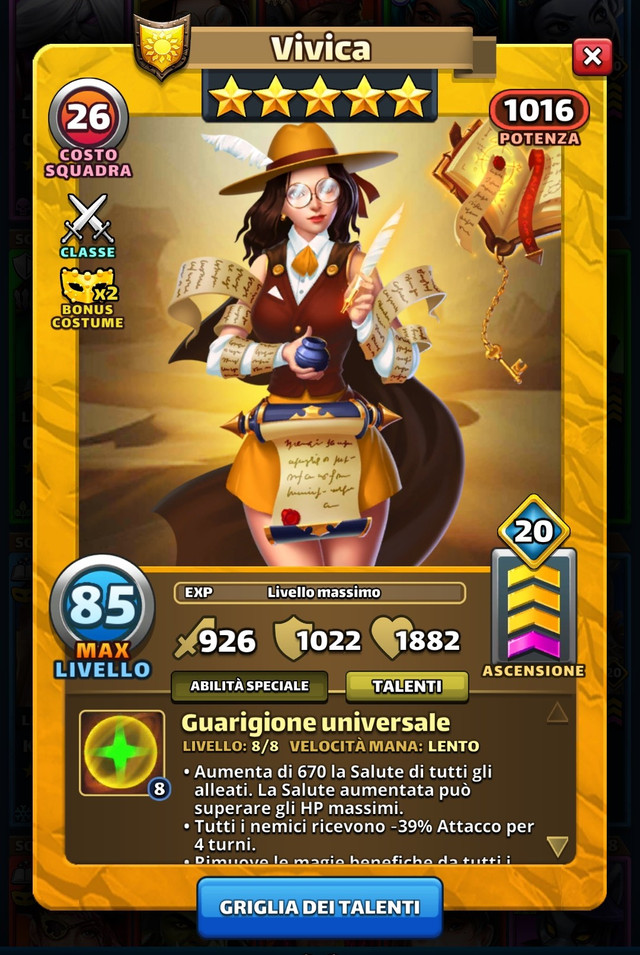 may i see your C vivica talent path?? Thanks

If Khufu is Yin,
Vivica 2C is Yang

What is the costume bonus for both costumes maxed ? Particularly the mana bonus?

True. I think it’s more shocking to me when a brand new non-costume 5* drops and within a few hours there are test drive videos with it fully levelled, limit broken, and emblemed. 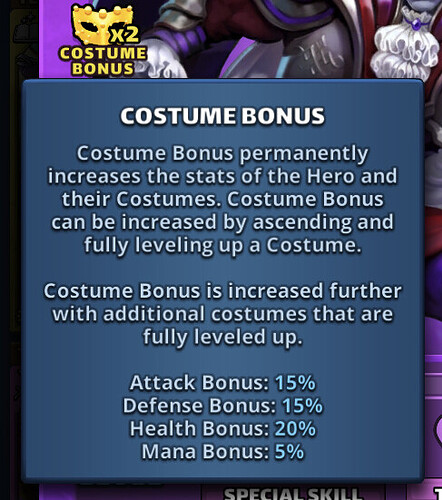 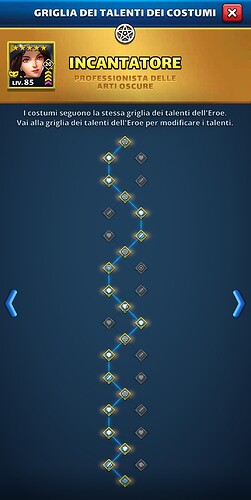