I got him today. Getting so rare legendary heroes is unusual for me. I want to share his full artwork: 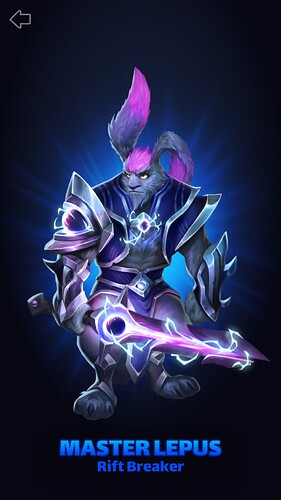 Congrats on your C-Master Lepus @sleepyhead! 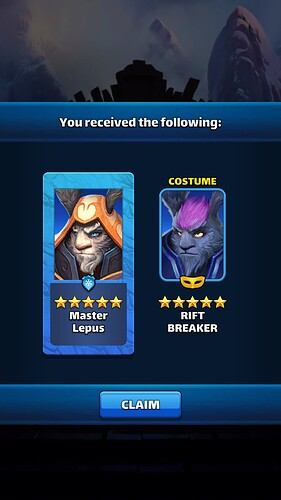 What heroes can block or cleanse his mana regen debuff? Except Gazelle?

Grazul is also good for this or any from here: 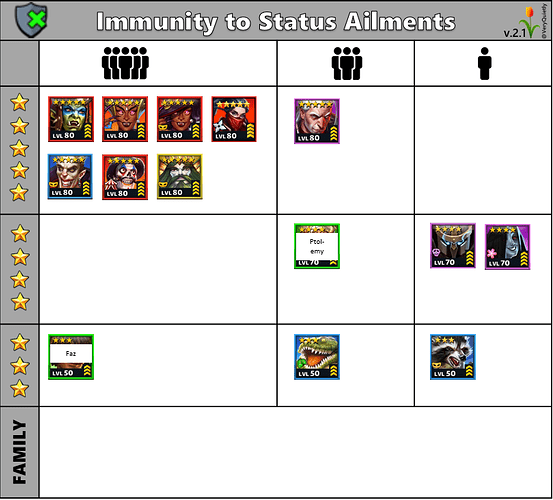 Thx @VeryQuietly for the image.

@u2371 According to previous bug reports and SG replies, undispelables effects can overwrite each other, that being said, fiends effects just stay until the fiend is removed

Congrats on your C-Master Lepus @Theo87!

According to previous bug reports and SG replies, undispelables effects can overwrite each other, that being said, fiends effects just stay until the fiend is removed

Yes, that is why I ask but it look like fiend ailment have higher priority than normal undispelable ailment.

as long as the fiends are on him, it won’t override it

i tested this with roostley vs Hannah, so i assume Elizabeth is the same with lepus

Did some testing just to extra confirm;

Yes, what am I missing here? The costume seems less good than the original card

I’m trying to figure out whether to redo emblems to give more attack to the c.Lepus or regular Lepus. I am leaning toward using costume Lepus because:

Your third point is an interesting analysis. I pulled him for the alt account (Which I am extremely thin on blue heroes but ironically have morel). I fight mono, so this 1-2 punch might be the fight anyway?

Morel/c.Lepus is a potent combo, but unlike Evelyn Quenell, it leaves most heroes standing. If you have a third hero like c.Alasie then it becomes a killing force. Having Morel plus two c. Lepuses (Lepi?) would be awesome.

can someone with maxed mana troop test if he stays fast with +15% mana i think he should. In which case it would be a non factor.

Anyone have the gut feeling he’s getting the nerf hammer? The only reason I’m not pulling for this event is fear that it will end up Lille Christmas.

I doubt it, the heros hit hard yes, but thats about.

Don’t think so. He is not that good.

He is fragile even with emblems and he has a self inflicting ailment which makes his very weak. If they nerf him, it would be he joke of the year.