According to my research the dragon flies though the mountains just above the Watchtower spire and rightmost mountain peak ( about the level of the Wanted titan mission chest in the default base interface) every 16 minutes.

Assuming the the dragon is circling the mountain, what is the air speed velocity of an unladen dragon?

This is a lot of ex parrots…

Shrugged off its mortal coil and joined the Choir Celestial

You really would have to take into account dragon stops/lady dragons and air traffic there are birds I couldn’t help but notice they fly not with the dragon but inbetween the flight.

However as the birds can be shot down does this change the time for the flight of the dragon? or is it still 16 mins without the birds still being killed?

European dragon I think with the devs being in Finland.

I have opened a new line of inquiry.

What is the air speed velocity of a heavily laden Sleigh? 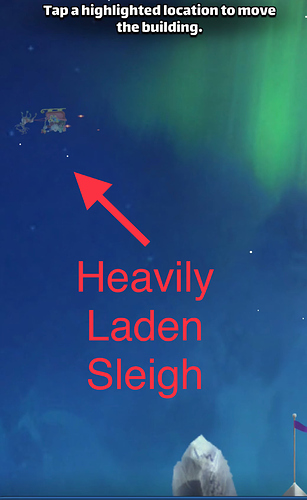 I wish the missions would just say what they mean: “Murder 400 parrots.”

“Defeating” makes it sound like they’re going to come back. Those macaws are dead. You know it and I know it.

The Fugitive line “I didn’t defeat my wife” doesn’t have the same ring to it.

The Fugitive line “I didn’t defeat my wife” doesn’t have the same ring to it.

I made it quite clear in my poem on the topic

A Reason for the Season - Verse for Season Two Community Content

“Why is there no comic poem relating to the missions for Season Two?” I hear no one asking. Well now there is! So grab your beach towel and your broadsword and get this down you: Our heroes drop the anchor, And wade onto the sand From the cold peaks of Corellia They have come to aid this land Richard hefts his hammer And Elena holds her blades They nod once in agreement And set out into the glades They hunt out forces ancient, evil, Twisted and depraved Surely glory will be theirs O…