It may sound like a personal problem but I can’t keep my costume on for battle. I have a 20+ BT that is maxed costume but I can’t bring the costumed hero to the battle line. I have a spot open. I select the hero’s and change clothes by my clothes fall off when I it the “X” in the top corner. I just have my 20+BT. the same thing happens to my Sonya. For her its a bigger deal: cleaner vs debugger.

Wre they (BT and Sonya) on your AW defense?

Check your AW defense if they are in defense or not. If yes, then you can not switch, I also hate this feature.

went to raid defense team. place in BT. tried to change clothes but they fell off again after hit X to get out of individual hero

Are you guys clicking the “EQUIP” button after switching between costumes?

dide that and it bounces back to original

Then the hero is probably used in one of your uneditable teams, as mentioned before.

Alliance war or tournament defences are set and can’t be edited after a cut-off point.

@hothom, as as said before do you have check your Aliance Wars defense team? Who is there?
And also check in Tournament defense team.

BT is on no set def team 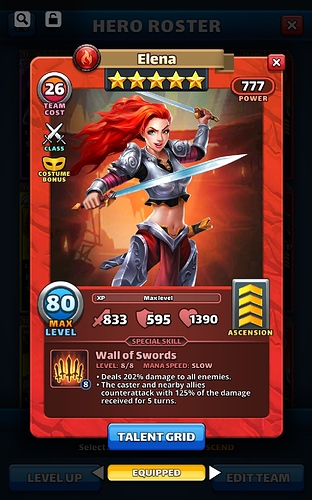 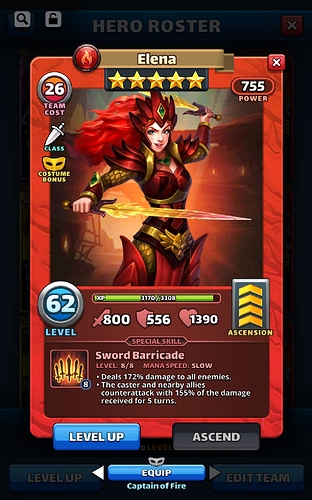 Tap eqip in the pop up box 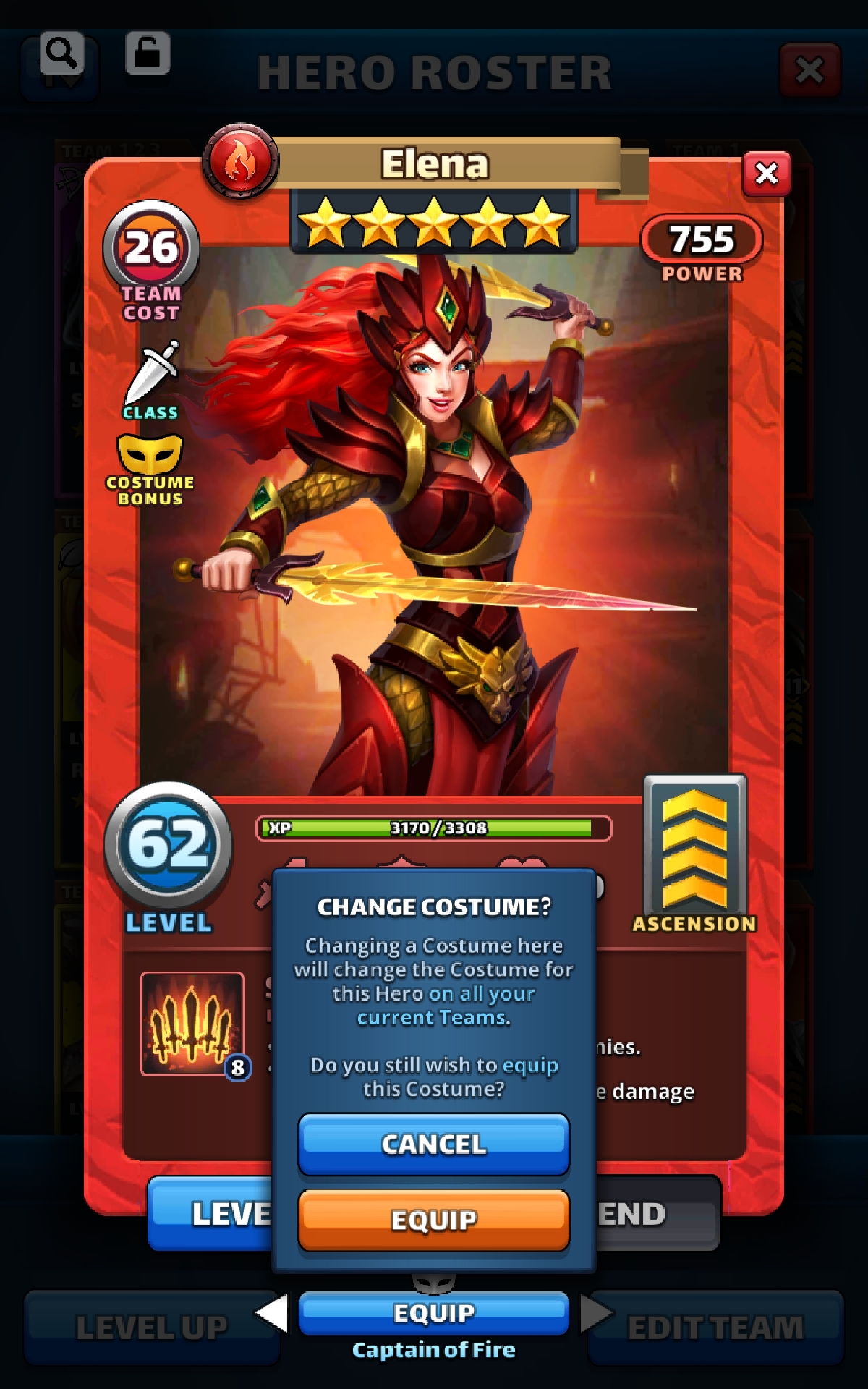 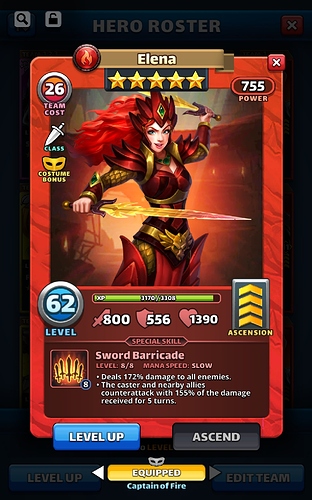 thanks and clicking on the bar keeps ur pants on. Not intuitively obvious to the casual observer

BT is on no set def team

So that means, you can not switch until the war ends. This is feature, not bugs.

Was more of a bug and not understanding how the costume button works. Initially i just saw it as a changing room. Then I played around with and found the bar in the middle has a function. I was only using the arrows. the button in the middle locks your selection.

I am glad you were able to finally keep your clothes on.

I did the same thing initially. It is not the easiest thing to see and as mentioned above kind of crappy you can’t use the “other” version of the hero if they are part of a certain “locked” team.