Can I shoot down Santa's sleigh?

The title says it all. Was anyone ‘lucky’ yet with shooting the flying Santa down?
Hohoho

I haven’t even seen a flying Santa yet.

Yep, you can shoot it down just like the dragon. It probably takes around 50 clicks.

See above for Resol’s video

This is evil topic. We already kill santa in event, now you just had to kill him flying through your base?.

I still haven’t seen Santa flying around yet lol

I still haven’t seen Santa flying around yet lol

You have to be patient.

The heavily laden sleigh appears at 16 minutes intervals but the first appearance seems to be random.

According to my research the dragon flies though the mountains just above the Watchtower spire and rightmost mountain peak ( about the level of the Wanted titan mission chest in the default base interface) every 16 minutes.

Assuming the the dragon is circling the mountain, what is the air speed velocity of an unladen dragon?

The heavily laden sleigh appears at 16 minutes intervals but the first appearance seems to be random.

You need to do a sound track with the Star Wars laser turrets.

For those that thought it was wrong to shoot down Santa and felt morally bad about it. Going a few posts back when I mentioned the Santa Strike game. Found out a bit more about it after doing research (turns out that there are several game or game events that took the name).

But the one I was talking about was Santa Strike, produced by Cyberlore, the folks who made Majesty, Fantasy Kingdom Sim (one of my favorite games of all time, and is where my in-game moniker Shuu, Squire of Dauros was inspired from). It is a flash game that should now be freeware that can be found (won’t post link here). Involves a lone cannoneer stationed at NORAD on X’mas eve detecting a large amount of bogies inbound and decide to take action. It is essentially a, never-ending mob, tower defense type game that even when the game ends, you shouldn’t feel too bad about.

Uh oh, santa graphic isnt showing flying in the sky. All I saw was the sparkles following the sleigh just now.

Are you saying that SG have nerfed Santa??

Or they just made him invisible. Forgot that the exhaust can still be detected.

Guess I was imagining things. He showed up this time.

NEXT TIME, KRINGLE! YOU ARE MINE!

Santa is using the stealth sleigh, leaving only the trailing stardust.
And now I blame all of you for spending more time on E&P.

All I saw was the sparkles following the sleigh just now.

Have you tried restarting the app? 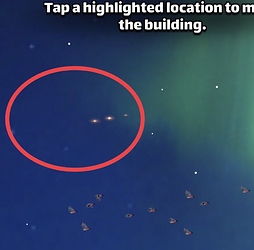 Both 2018, and 2019, Santa did not appear until the Holiday tree and the festive lights on the Stronghold building.

If I recall correctly, in 2019, the tree, and lights, appeared closer to the weekend before Christmas. Edit: No tree in 2019.

So many naughty children are not getting presents from Santa this year.