Building a weak team for a war

I have one last team and i want it count. I decided to attack 2650 team with caedmon as a tank which goes well with my three reds that i have now as my last team in the war 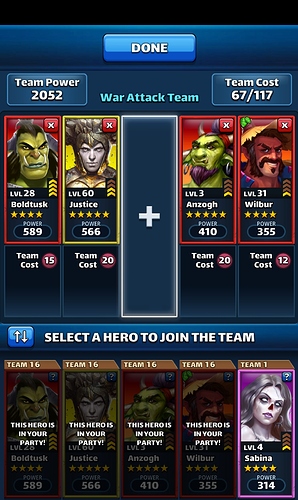 My question is who to put as the fifth hero. 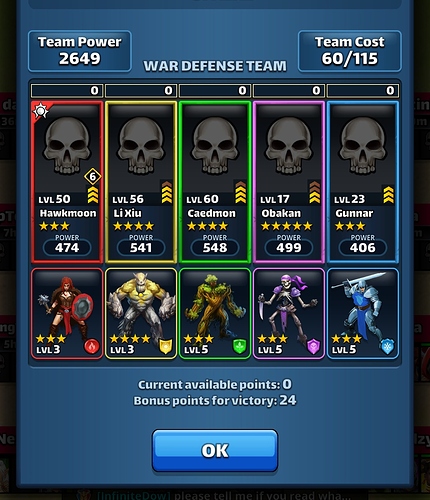 And my other options…

Title says building a weak team for War… But you want it to count?

I have one last team and i want it count. I decided to attack 2650

But I won’t suggest having a weak team for War …if it’s the raid tournament. Go ahead , put a wall of Alfie’s cuz everyone is saying the raid tourney is

Not me of course …

I think the OP wants to build his last attack team.

Oh. I just watch my opponent and select my heroes based on that… never really made fixed war teams.

His title should be," I’m building a fancy last team for War but the heroes are still a work in progress. What do u guys think"

No…OP apparently has (had?) one last flag left in the current war, and is (was?) looking for advice on populating a team to use that specific flag.

Given the four he already has lined up I would go with a second yellow. But then I have a predilection for 3-2 attacking teams.

Ok … i will repost what i deleted becuase i am still interested on your answer. Mine didnt go so well. I killed only 2 heroes

Given your options and that the biggest non-tank threat is Obakan I would have used Chao. And getting two kills there is not a bad result.

Which two did you kill? I presume Caedmon was one.

I posted my question again above.

And
Caedmon went down fast and that was very nice and like i planned but hawkmon was surprisingly stubborn and kept them alive lone enough for the arrowS to kill me.also rigard didnt have enough attack stats To kill lie xiu with tiles…

Anzogh by the way was killed pretty fast

I wonder had i put atomos or sabina(maybe she could help debuf wilbur on the other team)
or elkhanan 1.1 the result was any different

Obakan was dead with the help of Wilbur

Justice 2.60 is lot better than my chao so i took him and wanted to put another color ans a healer so took rigard

What you used was also a good choice, and getting the top two heroes out left a much easier cleanup for a teammate to take care of.

That is usually my goal for the sixth attack. Sometimes I don’t even make a dent in the opponent.

Why do the color matter? For obakan? So if he kills one color will be left with teh other colors?

But maybe chao instead of rigard. An idea

By the way my original question is it not preferable to put atomos or another anzogh becuase they have 5 star stats? Even in 1.1

You’ll need fast kills, if aid was arrows. Arrows always make me choosing weaker opponents only. Stronger ones could be better killed, if aid was att buff or heal imo. 2nd arrows will whittle down slower teams to be killed easily.

I dislike arrow aid the most.

Colour matters because I generally stack 3-2 against tank and next big threat. That way the colours are stronger against those heroes and gem damage is higher. Two yellows against Obakan (purple) will do more than double the damage of one yellow for gem hits.

And I dislike field aid the most myself.

Why do the color matter? 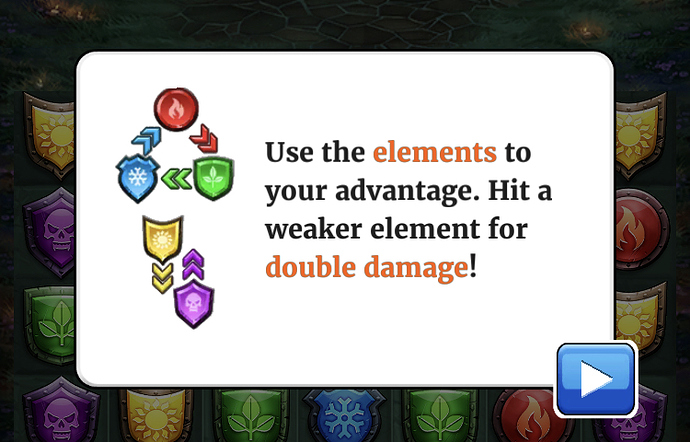 I mean why do the placement matter?

Or make sure you can bring a healer to every fight.
This may solve the arrows as well.

Tried to and even two or three per flag wasn’t satisfying much. Since I’m healer heavy, I’m able to even bring three healers per flag. Against the arrows no chance so far. My average at wars is about 400, against arrows rarely above 300.