Hello my name in the game is Jamir.
Something remarkable happened during this tournament. Last night I attacked an alliance partner (Jack the reaper) in a tournament round. I won that attack and the points appear on my attack list. BUT! Jack’s defeat does not appear anywhere on his list of defenses. Almost 24 hours have passed and my victory still does not appear on his list … even attacks after mine appear. So what is happening here? If the game does not show all the real defenses of the tournament, does it mean that the% of defenses are not the real ones !? I added the image of my victory and a video from Jack’s defenses list. Our alliance is Legion azteca & aliados. 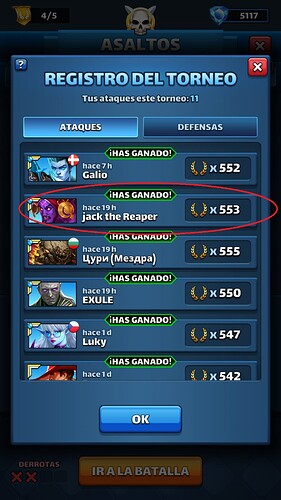 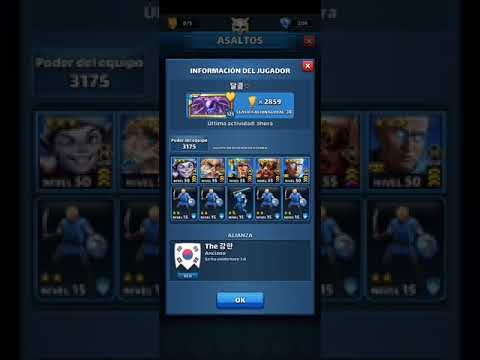 shoud be not a bug, due to fact that

After the first five attacks of the day, only one attack per hour counts towards the defence grade.

could simply be that your attack was not counting for his defence grade in that particular hour.

After the first five attacks of the day, only one attack per hour counts towards the defence grade

I did not know that …