Hi all, thoughts on my blue mono 4* team I am working on please, mostly for events and tournaments. Thanks!

Triton for the healing increase
Kiril for healing, att up and def up
Grimm for enemy def down
Sony for the enemy debuff
Constume Sonya to clean ailments!
20200624_210609|677x500 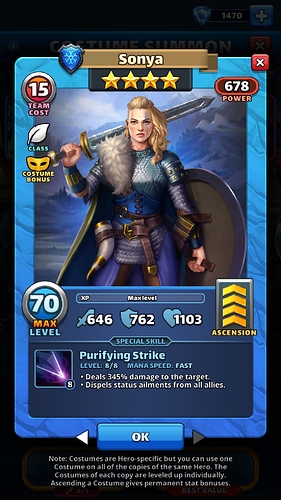 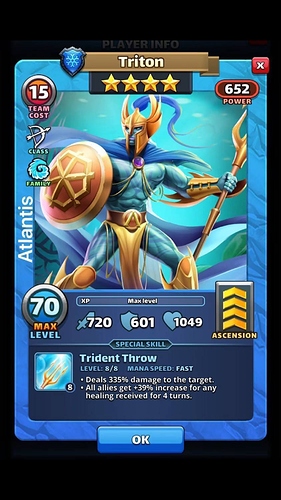 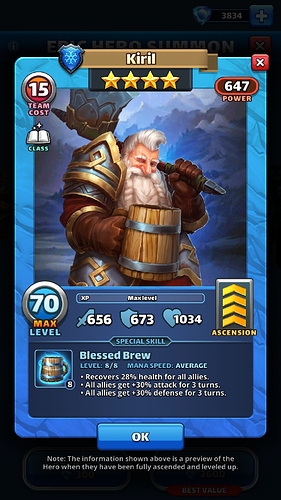 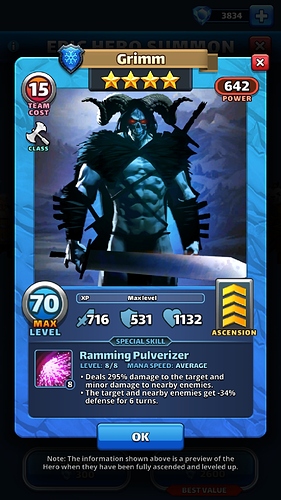 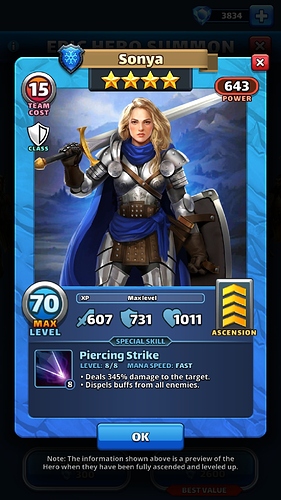 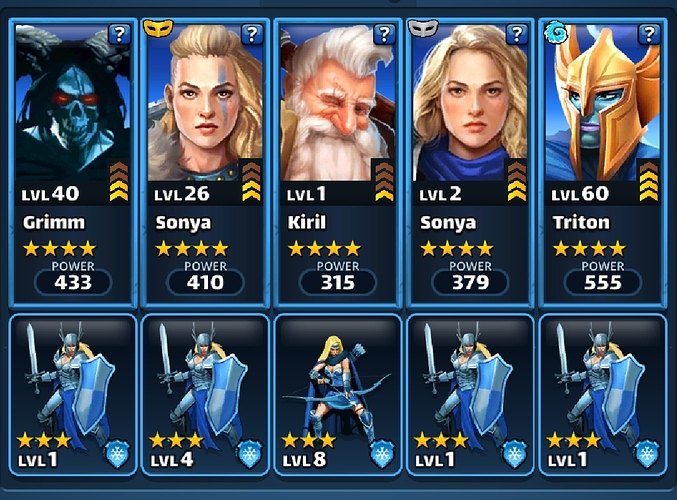 There’s a lot of work to do, there…

Triton and Kiril are an exceptional pair together - change the firing order depending on what you want from them.

Grimm is superb and Sonya is very, very useful too.

It’s a serviceable team, the Sonya’s aren’t the most powerful attackers, but Grimm and Triton will do plenty of damage.

I would suggest… You want to focus on getting one maxed at a time before moving on to the next one. I’d leave the Sonya’s until last.

This is a good team! I use basically the same mono blue team in most wars except Misandra instead of one of the Sonyas.

Solid. Kiril’s costume would be a nice addition.

I also have an additional Grimm an 2 Tritons if they would fit better?

IMHO… Having that option would be helpful.

You don’t often need both cleanse and dispel, so you might want to swap out one of the Sonya’s for a harder hitter.

Of course, it’s nice to have the option of running both, but when you don’t need both it would be an advantage to have higher damage available to sub in for whichever you don’t need.

This is long term planning though… There’s a lot of work to do to build the initial team to max, first.
By that time, you may pull another 4* blue that you want to have as an option also (Eg: Jott for huge tile damage and blue tile boost; Mireweave if you fancy a vfast and her stacks work best on event stages).

IMHO… Having that option would be helpful.

You don’t often need both cleanse and dispel, so you might want to swap out one of the Sonya’s for a harder hitter.

@JohanS - depending on the enemy team, many times you can make do with one of cleanser and dispeller. Accordingly, you can leave out one Sonya and use Grimm instead.

Having two Grimms in the attack will give you a nasty advantage!

For example, if you have the board ready with a tile cascade, Fire both grimms - one on left flank and one on right flank With the entire enemy team low on defense, unleash the tiles.

If there is a particularly nasty enemy hero you want to take out, use both Grimms’ special on the same side of the enemy defence.

If you watch the top teams in 4* events, they’re often filled to the brim with Grimm’s. I would leave the 2nd Sonya to sit for a while and do up both Grimms. Kiril first, though - healers are priority.