He needs to give himself and nearby allies a moderate amount of mana each turn for the same duration as the other buffs he gives. If he fires his special again while his current buffs are active he gets a 50% chance to make it undispellable for himself only. Do that, and he’ll be amazing.

The idea of him and azmia is just not thought out well imo. Their potential is wasted on offence because how many times can they get hit in 5 turns? And even if they reached 130% counterattack, the buff would have probably ended by then. And also 130% is barely an upgrade from the standard 125%. They’re just made for defence against strong cascades. I have never been impressed by this counterattack mechanic and so the only thing he has is the damage reduction. But then you rather use sif if you have her.

The spirit of creation doesn’t create much spirit of enthusiasm when it comes to this heroes skill or lack there of ??? I just don’t understand why they’d release as is ??? He’s pretty underwhelming & I prefer Azmia also !!

Must be buffed, to weak special in compare to other heroes (not to mention 4* heroes that do beter job). Add some buff, mana or heal regen…Some extra umpfff to make him shine.

I don’t care what anyone says about him. I want him. He’s beautiful. Level him? Dunno. Maybe. I have Azmia so no rush. But in the meanwhile I just want to open up my roster and view amazing looking cards, some of which I actually play with.

Besides, he will almost certainly get buffed before very long.

Now that Bennu has been out for a month, has anyone’s thoughts changed on them? The majority of the vote says they are “not really” worth summoning for.

I’ve faced him a few times in raids… Give me a costume sabina to negate him. Ferrent andazmiac seem better… Which is a real shame.

I just got him and wondering the same thing, is Bennu worth the scopes. Really doesn’t seem to be, like you said, azmia and ferant seem better options max emblemed and LB. I am going to do a 2nd of both cuz they are very useful. i haven’t faced Bennu at all, never seen him on a D, kind of solidifying my thought not worth the scopes

Question - if anyone has Bennu maxed. So does the counterattack take into account the damaged reduction buff benu has cuz that would make the bird even less useful

When i was asking my alliance mates someone brought that up, which i thought was a great point

It works the same as sif. The counterattack is not affected by the damage reduction

I really hope, that they will re-work his special. Compared to Sif, which I like because of her +24% Mana-boost, he looks a lot less usable. Yes, his Counterattack might be higher, but he misses that certain something. And the sun family, as mentioned above, doesn‘t fit his special. I really hope he‘ll get a second chance.

Birds and fish have a very important purpose.

So… each portal has that whale drool hero.
And with fewer legendary, even

Oh… it’s so gross…
Even… baby whales or dolphins

can obtain such monsters.

However… increase the number of 5* and you dilute the already putrid odds of attaining said monsters. And if you mix in a legendary that is comparable to other epic heroes?!?
Ewwwww, niiiiiiice. this is an automatic pass by the whales and continue dumping cash!

The odds have to be disclosed by law.
The effect of dilution on the other hand…
Is hidden!

In the current „Khufu-Meta“ he‘s extremly useful. Togehter with a fast cleanser like Milena he can really shine on offense. 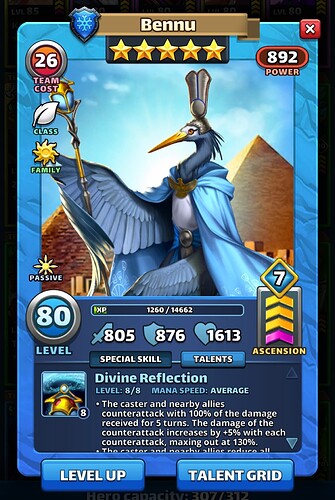 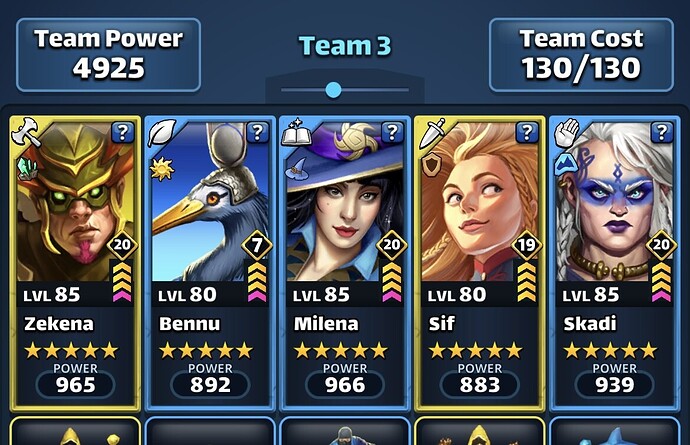 It’s difficult for me to choose to use rare mats. on Bennu when I have Esme, Pengi, Sobek, Lord Loki, Theobald to ascend too !! I just feel he’s lacking ATM, he needs something more. Right now, 1 dispel & everything is gone. He at least needs to be paired with another sun family hero. Esme is looking better all the time with the influx of fiend heavy heroes. I’m just struggling to justify Esme too with her conditional fiend immunity when the current HotM elemental link is a cheaper& possibly better option for fiend immunity.

I’m leaning towards a double azmia attack team… But agreed… Sg isn’t nerfing these big hitters…so we have to adjust our roster.

I‘m very satisfied with his attack team performance so far. The boosted health effect through his passive is also welcome. A very useful hero imo. 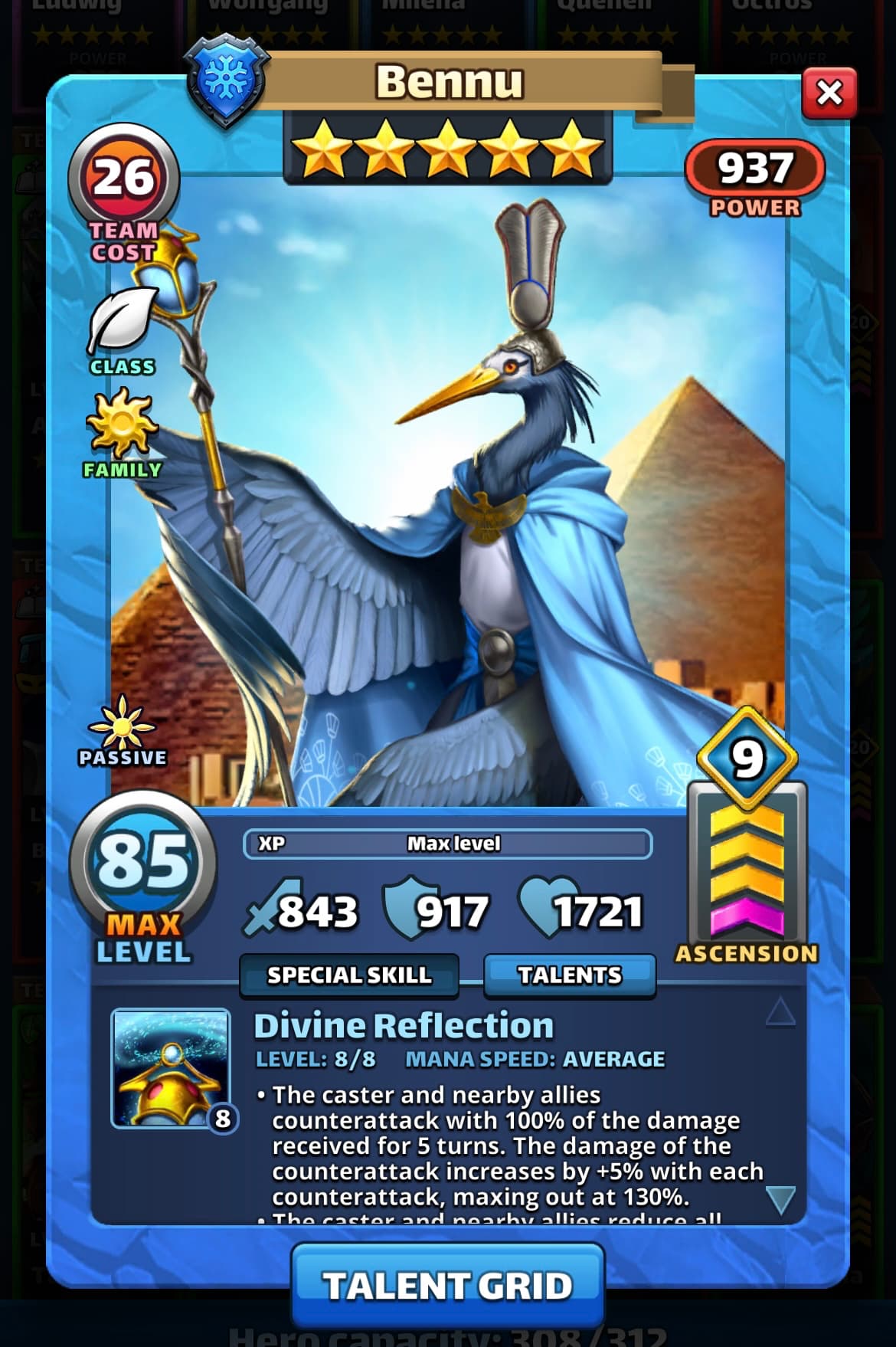 Cleanses that latest cleansable status ailment from all allies.

When is the passive triggered? Before or after special? Would it possibly remove the alignment from cSabina?

Passivess occur after the special

Man, I was happy with mine. maybe not the strongest but for F2P me, very usable.