My Telluria has 8 emblems & level 11 mana troops & she doesn’t go off as quickly as other raid opponents. I know others are going to declare that these opponents have higher level troops but this is the case ALL THE TIME. I’m sure some of small giants minions will have excuses & call it a bug. This game has so many bugs they might as well rename it “Dense Rainforest”

I don’t have Telly, but find she can usually fire off one special when I’m attacking.

Well, I also have Telluria but maxed emblemed with lv26 troops and she is kvazi fast hero meaning she will fire in I think 8-9 tiles forgot how much exactly. 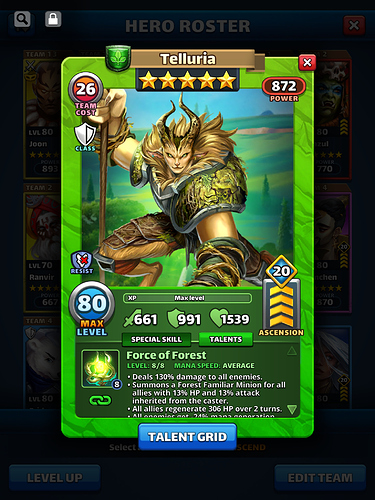 This is way it seems that opponents fire faster then yours.

Um, not sure how you’d even determine this…
Offense and defense generate mana differently, so short of seeing videos people have taken attacking your defense and comparing to videos of other telluria tanks being attacked there is no way you could possibly make this assessment

Troops have a lot to do with damage etc, i use this team to take on Telly tanks, 6 tiles kills a +19 or 20 Telly and the troops on Grazul charge her up in 6 as well, so if i dont kill Telly at least i can set Grazul off 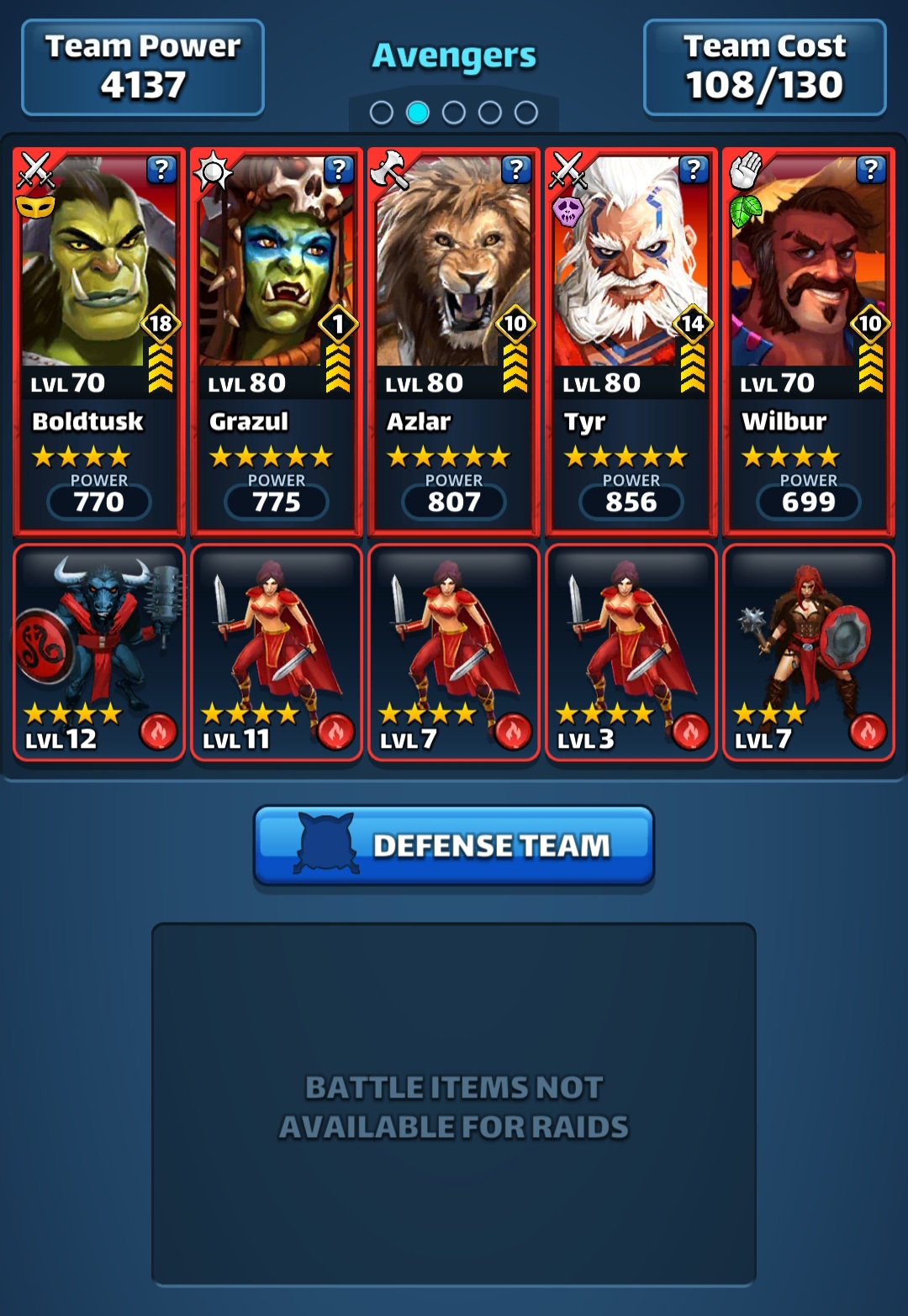 she doesn’t go off as quickly as other raid opponents

I don’t know how you came to this conclusion because unless someone sends you a video of them attacking your defense team Telluria, there is no way for you to know how fast he fires.

FYI, the mana generations in offense and defense are not the same. See the following threads for clarification.

Mana generation in offense (including buffs and debuffs)

Defending heroes also gains mana per turn, so If you don´t charge your heroes with combos a tank will probably fire before your same speed heroes.

That’s EXACTLY what I mean, offense should fire how the hero is designed and promised to do—not to adjust it? Why should offense fire slower? What’s the point of that? (I know what the point is, & it it has nothing to do with logic)

I am confused as to what you are actually not happy about. What do you want to happen in regards to Tel’s mana generation in offense?

Offensive heroes actually fire FASTER than defensive hereos, on a per-tile basis. Your Telluria will charge in 10 green tiles (or 9 with a high enough mana troop) on attack. When you hit defending Telluria, please count how many tiles hit their Telluria tank before she charges. She gains mana from every tile that hits her and none from tiles that do not (plus a tiny amount at the end of each turn), and I guarantee you that it takes SIGNIFICANTLY more than 10 tiles to charge her.

That is particularly true in regards to cascades. I think after the first 3 tiles in a turn the rate of mana regen slows down significantly. And keeps slowing down tile by tile. So while a fast hero can occasionally be fully charged with a cascade, an average will very rarely do so. And I have never seen a slow hero go from empty to full on any size cascade

& it it has nothing to do with logic)

The closest approximation that I’ve seen is essentially “defense requires double the tiles that offense does to charge (e.g. Average heroes require 10 offensively, 20 defensively), but mana gained per tile decreases with combos and the larger the combo the less mana gained per new tile. 2 tiles worth of mana is also gained at the end of each turn.”

I’m sure that this isn’t perfect, but it has been a close enough understanding that I haven’t bothered to undertake the insane task of figuring it out precisely.