I don’t know if this was supposed to work so, but in my opinion it shouldn’t be like this. 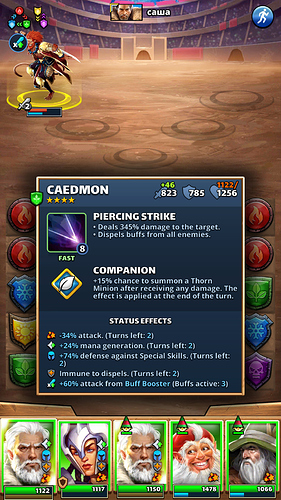 It’s a multiplicative function, so no matter in which order you apply the status effects, the outcome is the same.

Thanks for the explanation. That makes it clear. In my opinion it should be rather applied to the initial value. Like

The only place in this game where the percentages are applied to initial values, are mana speed and emblem nodes. In fact, those are the anomalies.