With this session of Mirages of Omega I can finally LB my first blue hero but I need some input to decide which one should be.

These are the best blue heroes I have:

Milena - Great overall hero. Can heal, cleanse, huge hit to all, dispell. I also have Motega and I can pair them for the family bonus
Lord Loki - can fit in many offense teams. Another great overall hero.
Skadi - Great against minions who seem to be more popular with the introduction of WO3K but I already have Eloise LB who I use as main minion counter.
Costumed Snow White - The thought that I can pair her with Ludwig and spam huge amounts of damage to all enemies is appealing.
Frida - Dispell and ice defense down is highly usefull.
Zircon - My only blue 5* healer. I already have 3 taunt heroes (2x Ludwig, 1x BK) who can really benefit of immunity to dispel.

I can only really comment on Loki as he is the only one I have. Mine is limit broken and I use him all the time. He really is an awesome all purpose hero. Helps me take on and beat just about any team with the correct support.

Don’t use him on defence though he is to random for that and we all know we shouldn’t be subjecting ourselves to more RNG than necessary.

I agree that Loki can be a key hero in many battles but I wonder if LB him would have a higher impact compared to the rest of the heroes in my list. His skill plays the same no mather the level he’s at, so I question if his stats change would actually benefit him more then something like a heavy hitter who can wreck chaos with a higher attack.

Milena cause you will use her on your offence and defence.

I have loki and milena. Loki is a truly great hero, but the hero who deserves LB is definitely Milena. because milena is an irreplaceable hero for defense or attack, but loki is a warrior that can only be used in attacks 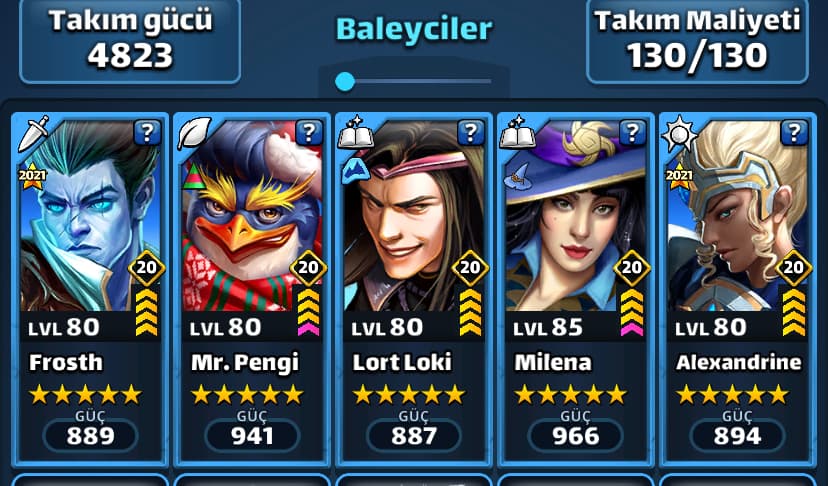 Thanks everyone for your help. I will go with Milena.

The poll is clear. She is the players favorite out of the bunch.

Following this poll, I am choosing between Zircon and Milena

They gave him the wrong stats to begin with, should have been balanced stats and not slew towards attack. Lord Loki should have been a support hero from the start. LBing him is only to increase his bulk and to make him survive against future power creeps

Milena all the way. Both you and OP have some great Ice heroes, but Milena is absolutely the best hero here.

Who do you use the most throughout the game? If you have someone you use for most things, like titans, war and in raids then that’s the one I would recommend LB’ing

Saying that, I would vote for Frida. Elemental Defence down heroes will never go out of style…