I’m a collector of avatars and I have all of the rare titan avatars except for Ancient Tiger. I’ve been waiting over a year and still haven’t seen it in the store.

Does an Ancient Tiger avatar exist?

According to my data, sadly no, this avatar doesn’t exist.

All the other rare titans are available so why not the tiger? I hope it can be introduced as an avatar.

. That’s why I use Shere, inspired by the tiger Shere Khan in Kipling’s Jungle Book.

I´ve not seen it, but I know that the Unicorn have been an Avatar in the shop, so maybe the Tiger too?

No clue, maybe ask @Petri for that. Maybe he has a clue why they don’t have the rare tiger titan as avatar. 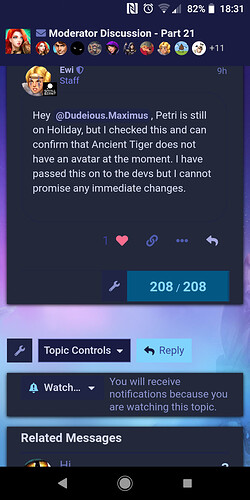 Thanks so much! Let’s hope

will make an appearance soon. If not the ancient tiger, then maybe Frostfang from S3 would be nice too.

Yup, said it that the game didn’t have this avatar.
Hopefully they can finally add it in a few months.
A rare titan tiger avatar would be cool 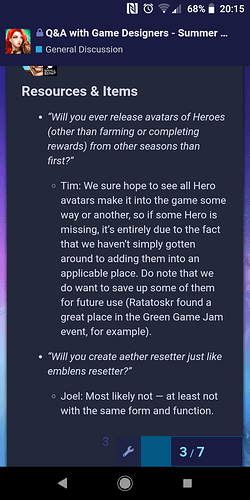 But the ancient tiger been around for ever, soo no idea why they save it for something special beeing the others are available

Thank you everyone for the insights!

As it appears that it doesn’t exist, I propose that an Ancient Tiger avatar be added to the game.

I have been patiently waiting to finish my rare titan collection

I want one so very badly, would be nice before the new NCAA FB season starts

A friend wants this avatar. I voted for it.

30 minutes of work that will generate some gem spending. Make some people happy. Win-win.