Next time, save your hams!

7DD website has all of the cards, on a searchable link.

40k worth of hams… that’s a hella amount of minor healing potion right there!

Basically the bottom line I’ve come to with aegir is this:

Good on survival for tough raids or titans

Defense: he can be a good tank if you lack better choices. Basically if u want a 5* tank and you dont have other hotms or event 5* then he’s probably the best choice(although i would still prefer justice but that may just be personal preference)

pretty close to the same conclusion anchor and friends have come to.

I dont know who sits where in the grading system but just from conversations I’ve had it seems like this is about where aegir sits in tank ranks:

I dont know if I’ll max him to put in tank over alasie or drake since either one of those pretty easily keep me above 2500 cups, and above 2600 on a good day. But if i didnt have multiple hotms, then i could see myself maxing him for that role over thorne or other regular 5*.

I wouldnt ever recommend aegir to be someone’s 1st maxed 5*, there are plenty of others that are more useful in my opinion. Aegir is just a luxury if you have no one else to work on or dont plan on getting anyone else to work on. He’s not a better tank than guin, but he is a better hero in the sense he can be used for more than just a defensive tank.

Reminder to everyone: please remembers to follow the forum rules - let’s keep this constructive and civilized. Absolutely no personal attacks are allowed.

Forum Rules Last updated: January 3, 2020 This forum aims to encourage vibrant discussion amongst players of Empires & Puzzles. The forum is intended to be a fun and safe platform to interact with other players across the globe - of all backgrounds and beliefs. Remember that you are responsible for how you express yourself. We ask that everybody keeps the conversation constructive and civilised. The Empires & Puzzles forum staff and moderators monitor all posts and reserve the right to remov…

Working on it lol

A hero’s worth is nevertheless relative; who/what are you fighting and what synergies can you milk from your different options of team composition.

Well, that’s exactly the problem with this specific hero.

Nobody seems to know what composition is best to Aegir, Most of the people that praise him don’t have him.

Of those who have him, no one thinks he is good at all, except @Anchor, and as per @Rigs comment, he just would not share why, where, how, or when he is good for what.

Which leads us to:

it’s a free guide nothing more than that if you don’t like don’t use it, problem solved

In this specific case, it’s not problem solved, since many Aegir’s defenders, including Anchor himself, use the guide (and nothing else) to “prove” he is good.

This attitude has been keeping players to have a productive, fact based discussion about this hero’s strengths (or lack thereof), and (many) weaknesses.

That is the problem with Anchor and his guide.

Other than that, I agree is a reasonably good guide, and thank Anchor for his work.

If there’s anything from my comment that needs further explanation or examples, i can do that

So you think the personal attacks on anchor are justified because most don’t agree with the rank aegir got, if you believe some people here it seems to be a conspiracy to hold players back

Can you please share how is it that you get best results with him? lineup, etc.

I do have him, and my experience is quite opposite.

Winters and others - even in top alliances, there are very few people who will spend whatever it takes to get heroes. Almost all of us have a budget, and while it might be more in a month than many have spent total in their entire alliance, that’s no guarantee you’re going to get the hotm or event 5 star in your budget for that month. Even the person in 7DD with the most heroes is missing 2-3 special event 5s.

Yes, I think @Ber’s comments are personal, too. but I think he is the only one going that way.

That’s why my analogy is correct and yours isn’t. Yours is pretending this is the only ranking anchor has ever done or is available.

You’re just talking pure nonsense, and making baseless accusations. Nobody said anything like that

That’s exactly what you said. You said it would be like someone giving a restaurant an A+ grade and then ordering sea bass and having sand on it. It’s a broken analogy.

Nobody is criticizing the efforts, but the efficacy

Anchor was called a liar. You yourself said the guide is useless. If you can’t see how this may be construed as his efforts being criticized, that’s on you.

I[quote=“Winters, post:284, topic:60885”]
I would personally advise not ascending him, at least not the the final one if you’re going to level him up at all. Any other blue 5* will almost certainly outperform him by a considerable margin as he is currently
[/quote]

I love that you’re willing to provide your opinion here without any context from this person about what the rest of his team looks like, without any idea what his spending on the game is.

Because you have an opinion that this hero is beyond awful that the rest of the world doesn’t share… so you state without evidence that he’s bad and shouldn’t be used.

Your “guide” is no more objective than anchors. But at least he’s trying to make an accurate guide.

So what? It’s irrelevant how much time is spent on something when judging the quality. I can spend years building a time machine that doesn’t work, anyone can.

“The guide is good, just misses the mark on some…”

No, a guide is only as good as it’s worst recommendation. If I made a guide of how to build a house that was perfect, except I say to use cotton candy for the roof, then the guide is useless.

As pointed out, comparing INSTRUCTIONS to a REVIEW is insanely off base. There’s your fallacy there.

Meanwhile, comparing HERO GRADES to RESTAURANT REVIEW can be a very good comparison.
Restaurant review:
I give the Cobb salad a B. It was yummy and there wasn’t any romaine so I didn’t get E. coli. I give the salmon a solid A, and the desert a C. The pumpkin pie was ordinary.

For my next visit I tried the wedge salad. I give it an A+. It blew my socks off. I give the steak an A. And I give the dessert an A, the lava cake was scrumptious!

The customer goes to the restaurant and gets the Wedge Salad, the Steak, and the Lava cake.

The wedge salad is the best they’ve ever had.

The steak is a little dry. Seasoned well, but far from spectacular. It’s a C in the world of steaks. Serviceable but not great.

The lava cake is an A. It’s one of the best desserts they’ve ever had.

What do you think this customer thinks of the restaurant review ?

You have made fallacies throughout this thread making comparisons or analogies that are broken. When this has been pointed out to you, you’ve claimed that people are being ridiculous or missing the point.

Please consider the possibility that you are missing the point.

You also stated above that people can’t critique the guide without having people jump down their throat. If the discussion were “he was given an A, and I disagree” then there would be and was a discussion about that. A robust, solid discussion I would say.

If the statement becomes: this guide is useless, and a lie, and anchor is trying to deceive people, then yes. You get some pushback.

You said above that Titan Mafia is coming up with a more objective guide. That is great and should be of benefit to the community.

I’m curious about their methods. Reading through your suggested methodology made me laugh a bit. Because it would be a darn near full time job.

The idea that you can place a hero in a standard rainbow team to gauge their relative performance is interesting, but ignores all possible synergies the game provides. There are an exceptional number of possibilities. I won’t even try to guess.

And of course, OF COURSE, the boards. You would need to try out, probably about 50-100 playthroughs to get an idea of effectiveness with different boards.

If SG wanted to make this easy, they could give us practice boards to work with that are standard, but I hope they wouldn’t because this type of discourse should be fun.

But that said, getting an “OBJECTIVE, SCIENTIFIC” (as you said) guide of the heroes is going to be insanely time intensive.

So, as I said. Go ahead and make your own guide. If you wanna criticize anchor.

And if you want to not criticize him, it’s this simple: “it’s a good guide mostly. There are some grades I disagree with. And this grade I disagree with vehemently. Here’s why…”

Duane - your logic and reason have no place here. These aren’t the droids you’re looking for.

Ahhhhhh I mean wasn’t I Winters, raging violently against the machine just a mere 6 months ago?

Have I been brainwashed too, now?

What is happening to me?!?!

Edit: this is totally off topic. I don’t know how to make it on topic. So here’s a picture of a cat: 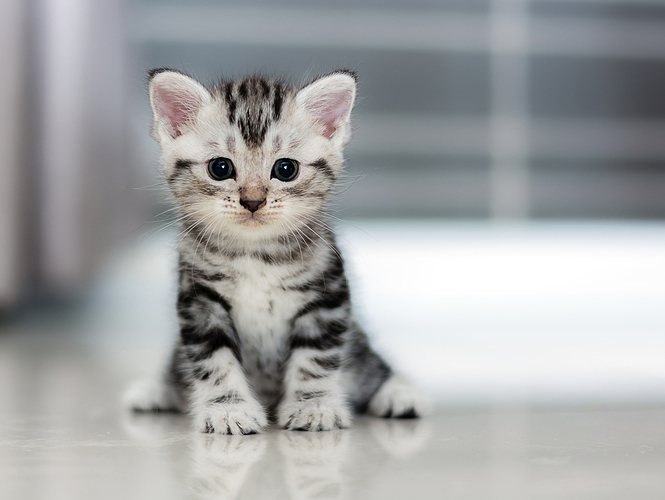 I think the difference between the Anchor & friends ratings and the Titan Mafia approach is — to extend the restaurant metaphor — the difference between a Zagat guide and Yelp. Zagat’s rating are the curated, informed opinion of a few, while Yelp is a more democratic, unfiltered approach. I have both apps on my phone…

Neither of those are scientific though, right? Like I’m not missing something and Yelp is objective and scientific and the final authority on anything?

Thank you for the comparison. I haven’t checked out Titan mafia’s guide yet. I will for sure. I’m interested in more opinions.

It’s good to know what methods people use!

There’s no plausible way of doing a “scientific” measure of heroes because they are always deployed in teams. Synergies (or conflicts) within a team can make a hero great or wretched.

Example: Hel is great, Merlin is great, but don’t use them together. Falcon is a weak hitter, Scarlett is flimsy, but together they are dynamite.

Anchor did a lot of work and the rating is his opinion.
It s subjective but i respect his work.

Actually, i have Aegir 4.56 and i consider it s my biggest mistake. If i could downgrade him 3.70 i will do it (and reduce my team value in alliance war). When i see Aegir i think “i lost 6 telescopes”

Agreed 100%. The suggestion was made above and I made sure to state this exact thing in my giant wall of text

I am replying to this affirmitively because I feel it’s a critical point that is being ignored by some posters here.

The grades are subjective by necessity. It takes an experienced, intelligent, knowledgeable individual or group of individuals to consistently make mostly accurate rankings given the extremely wide range of variables involved.

Objective, scientific grades aren’t possible. There are some aspects that could be graded objectively, but largely not an overall grade.

So if you’re looking at a hero guide, you should be aware of that, - that what you’re seeing is informed opinions.

Didnt come out the way i wanted lol.

Both guides are well informed from what i can tell.

The tool uses the 7DD Grades. Then I apply a GPA to them.

So, now where does that leave everyone…?