as well as adding some 4* heroes

Wow. I had to skim but plan to go back and read more closely. But well done.

I have been noting on this forum that this game needs balancing.

The player life stage where he/she should be chasing after building a good four star roster is too short and frustrating because SGG is shoving way too many five stars at us.

Seriously folks… think about how many four stars you have… and how gameplay would be different if you could spend more time in that category as a player before you progress towards five stars (most of which we can’t even use due to ascension mat chokehold for S1 five star heroes .)

Anyone have the latest count of four stars vs five star heroes in this game?

- why do HoTM all have to be five stars?

We seen what happens when the HoTM is powerful (tell and vela) - we wind up with a GLUT of them frustrating players.

We seen the frustration when people pull poorly designed or underpowered five star HoTM … they just sit there.

If every other month is a four star HoTM, it can still be attractive (and increase participation in other events with those heroes). Easier to level and use, it can bring more satisfaction to players… especially if the HoTM is so niche it can only be used effectively in specific context. Make those heroes four stars…

Making it easier to ascend season 1 five stars helps all players (ftp to p2w) and will reduce player frustration and improve QoL. 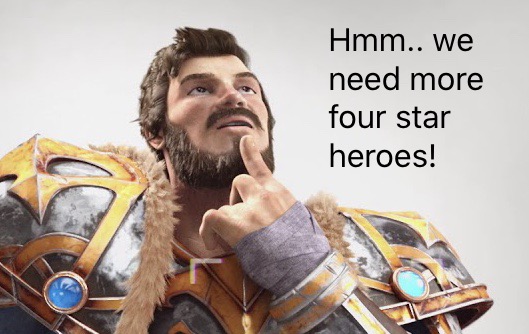 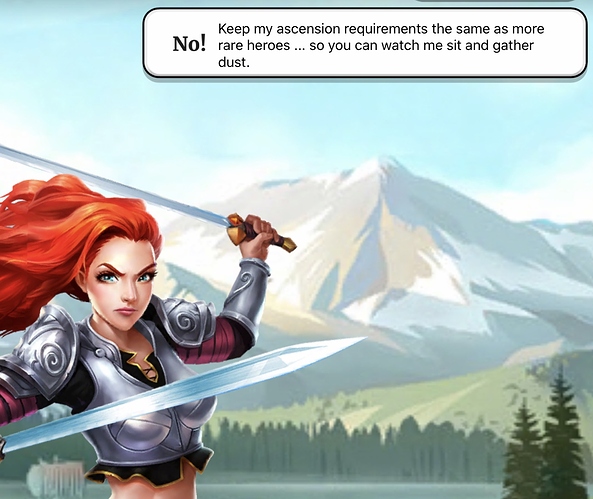 Anyone have the latest count of four stars vs five star heroes in this game?

(Feel free to correct this)

Doesn’t anyone else think this is an inbalance?

Can SGG hire him for the next E+P commercial?

Here is a great audition tape where Bobby fights dragons 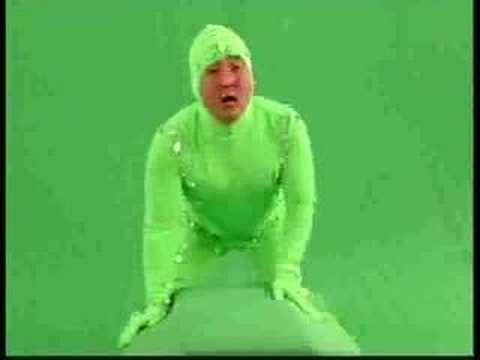 We need more 4* heroes but for now fights that involve them are balanced because they are few not overly strong, this could change if we get them too many of them.

Meanwhile 3* are unbalanced due to emblems and the autoattack damage

Between the Christmas Event and December’s HOTM, we know there will be one additional 3 star, one additional 4 star, and 2 additional 5 star heroes introduced before the end of the year.

Considering how hard it is to get past HotM, this is

Fear Of Missing Out ( freemium edition)

Devs could have used costumes to add positive power creep, but as Wu Kong’s costume shows, this is not their design goal.

1 Like
[Discussion, Rant?] The lack of Quality of life improvements in 3 years shows Devs do not care about F2P / C2P or multiple Classic heroes or trade but they care only about the latest shiny hero
Frosth or Frida?
First 6* Hero
First 6* Hero
FraVit93 January 5, 2022, 6:42pm #55

I’m resurrecting this old yet still relevant topic for comparison purposes and to make a plea to game balance developers regarding heroes’ power and thus a stats improvement.

Older heroes desperately need to get a power increase to still be relevant.

A “new year” power increases to every released heroes up to a fixed amount (let’s say 800 power for 2017-2022 heroes) would definitely be solid starting point for any future balance updates.
The aim to this post is to allow older 3*, 4* and 5* heroes to still be relevant even if clearly owning weaker special skills.

4 scale, are S1 5* heroes and their costumes good enough?

While speed up buffs has already been done in the past it the buff policy aims to still keep speed diversity. Whereas these special (damage+targeting+effect)/speed would be enough or not is up to debate.

this is definitely worth a bump… these older heroes are outclassed anyway in terms of special skills and lack of passive specials/family bonuses, so why not keep their stats closer? especially as they still form the bulk of many players’ rosters.

Long time since I graced these parts of the internet but had an email notification this thread got revived and we’ll currently looking around to change the current game I’m in.

So thought I’d check with those still currently playing whether this game remains the absolute cash grab that gives zero ■■■■■ about obseleting heroes that took mega-bucks to get in less than six months?

Things got any better or is it still like getting rogered by the wrong end of a Titan Harpoon?

I think this link will help shed some light

the pace of hero releases has just gotten faster…

Note: As of April 3, 2022, I have left the forums. I am not updating this post any longer. I put a copy/pasteable version of the list at the end of the thread if anyone wants to pick it up. Thanks for letting me a part of all this for the time it lasted. I was curious about how heroes have evolved over time, and went looking for a chronological listing. I didn’t find one, so I took a stab at making one myself using the forum, the wiki, release notes, and @Razor’s enphero.com. Most of these hero…

We had more and more events and related heroes. Some are funny, many are not…
And many old heroes really needs some love as newer heroes are just gods by comparison so… it’s still the same game with the same old problems.

At least they should implement significant Vanilla family bonus to Sartana & Co. similar to Legends family bonus which was the best improvement ever…

Out of curiosity… the new hero rayne has a calculated value of 697.41

So it’s slightly increasing each time but not by as much as I thought to my surprise, if you assume Knights and other top event heroes are similar to what we will get in s5 then basically they are going up by 2.5% each time, though slightly bigger jump to S4 more like 3% but I was expecting a less linear increase

Problem is that after all this time earlier heroes are clearly excessively weak. Costumes have “solved” this but are obviously not “free”

agree… and also, problem is that the summoning odds for newer heroes still remain so low… it wouldn’t be so bad if the S2 or S3 heroes were easier to get, but no…

Related to this topic, my alliance (The Incognitos) has been tracking opponent’s TP as part of our war data collection effort. I have made this simple chart to help illustrate the TP increase over time. 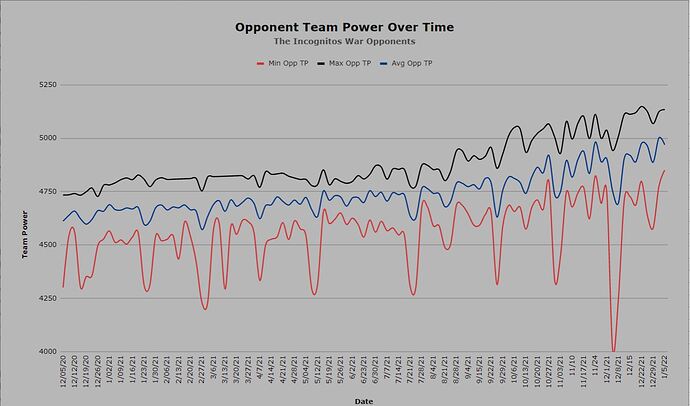 great idea, I will add them

thank you, appreciate your openness and work on this

It should be noted that the dips are usually Rush Wars. Those typically feature teams with fewer total emblems, as described here well by @Ruskin505

thats’ a good observation! thanks! it’s a good point, I would generally give less priority to slower heroes, but still field them on defense when Rush wars roll around…