Alliance war: pls give early notification of battle aid provision AND delay matchmaking to nearer the start of war

A war will be coming. Why are our heroes thrown off the battlefield? Yes, we can still edit our teams…

Choices for defense teams typically relate to the type battle aid provided and have little if anything to do with the alliance with which we get matched … so why not delay matchmaking 'til shortly before a war?

Even so we’d still need to know our own availability to get on devices 12 hours ahead of time to use our final 3 war flags. Why finish matchmaking 36 hours before final flags can be used?

Please allow a facility for later opting out and an earlier notification of war type.

Here is the Tentative October 2022 Calendar of Events in multiple formats. Please note, I have combined respective creators’ calendars under one subject arrow to shorten the post a bit. Many thanks to the collaborators for their time and efforts… PlayForFun, littleKAF, VeryQuietly, birksg, VEIVE, Mandy, IsaHurricane, Godfather1, ColdHands, sommc, and ArktikaTF. If you notice any errors please let us know so we can get updated versions posted. As with all E&P calendars, featured heroes are te…

Good morning, The rotation of wars is fixed, and there are always nice people that every beginning of the month, make us a monthly calendar where they contain this information and much more. I leave the link if you are interested.
I’m not saying that your idea is worthless, it’s as valid as any other. I have no opinion on the feature, just left some extra planning help in case it helps.
Cheers and good luck on your journey
Sorry if my english is bad

but players’ lives may not be.

Yes, matchmaking currently starts (for the majority of alliances) at about the same time every Tuesday and Friday and their wars start at roughly the same time every Wednesday and Saturday. The issue is not the E&P schedule which are, as you rightly say, fixed. The issue is players’ lives which, for many, are not. We may sometimes be better able to know our schedules better 12 hours in advance than 36 hours in advance.

This was the case with one of our alliance members who opted out last Friday night (UK time) but was still rostered in a war for which the player could not participate.

I also think it would be nice, at least by the time that one war finishes, to know the battle aid provision for the next war.

I’m not saying that your idea is worthless

“Thanks” - it has relevance to a situation, would have value for some players and could cost E&P nothing.

Why finish matchmaking 36 hours before final flags can be used?

Well, for strictly technical reasons the matchmaking must be done at least few hours before the war starts. So probably the time could be shortened from 24 to 12 hours before the war start, but not likely any less.
The other aspect is that you are not always able to edit your defence team before the matchmaking - this message appears and disappears quite randomly (at least it seems to be random) and sometimes you see the results of previous war (with no option to edit) until the matchmaking starts. And in this case 12 hours is too short a period to allow everybody make changes to their defenses.
As I understand your concept, you propose to move the time for setting war defences before the matchmaking.
But it still would not solve this problem - as you still have no guarantee that you know about your RL problems early enough (it means - before the war starts).
We must just accept that RL happens and may cause us not perform well in this game. But remember - this is only a game.

for strictly technical reasons the matchmaking must be done at least few hours before the war starts.

Matchmaking is a process that can take up to about an hour - but once the matches are made, I’m not sure what else needs to happen before the wars actually start. I’d always assumed that the delay was to allow for a “preparation phase” for letting players edit their defences in line with the battle aid provided in the war - but if players could be informed in advance of a fixed schedule of aid provision, we wouldn’t need to wait for matchmaking to begin before making our edits.

I’m guessing that’s a bug. I can’t see why the end of one war can’t just run into the preparation phase for the next. “Preparation” could include players having the choice whether to opt in or not. We could go straight to something like this: 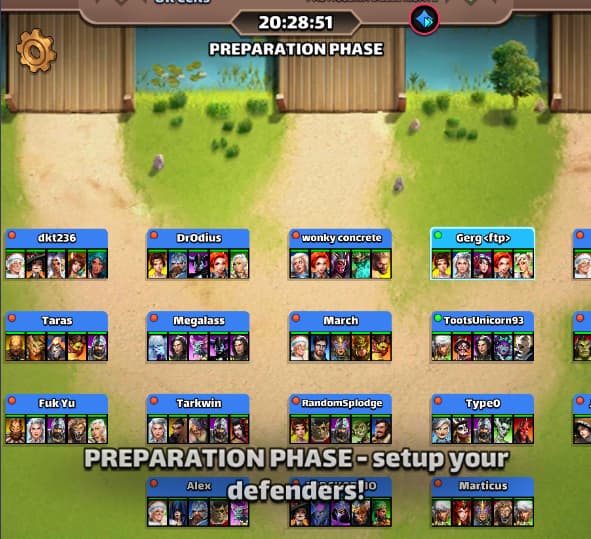 If members opt out or in the ranks could shuffle up. Simple.

it still would not solve this problem

Generally though, the closer you are to an upcoming date, the better you’ll be at understanding your RL issues at the time - are your relatives inviting themselves round? do you have a migraine? are you going to lack an ability to log on to game?

remember - this is only a game.

Yup, and it would be nice if we could log out.

I can’t see why the end of one war can’t just run into the preparation phase for the next.

For example because some people (usually alliance leaders) want to see how the war went, who and when attacked, how the defences worked and generally collect some data for later analysis or making some statistics. It has to be done after the war ended and it requires some time.

remember - this is only a game.

Yup, and it would be nice if we could log out.

I meant that nothing really happens if you don’t opt out and cannot participate in war. In the worst case you can be kicked out of the alliance and lose few AM from the war chest. Is this such a problem?

Alliance War Rule (Buff) Rotation – NEW (Post V32) Purpose of this thread is to track & display the rotation of War Buffs / Rules following the addition of 3 new war rules in October 2020 in Version 32. This is NOT a thread to strategise, discuss, complain, gripe etc… about the new war rules. Each war rule will have it’s own discussion thread where that can take place. I will even link them for you below. Background/ Related Threads #beta-beat thread:

But why the need to refer back to guides when they could simply display something like this:

they could repair the bug to make sure defence teams could be editted from this screen AND delay matchmaking until the start of the war, or thereabouts.

Maybe this is already addressed by Small Giants ?

We have something here:

We will see what is this about. 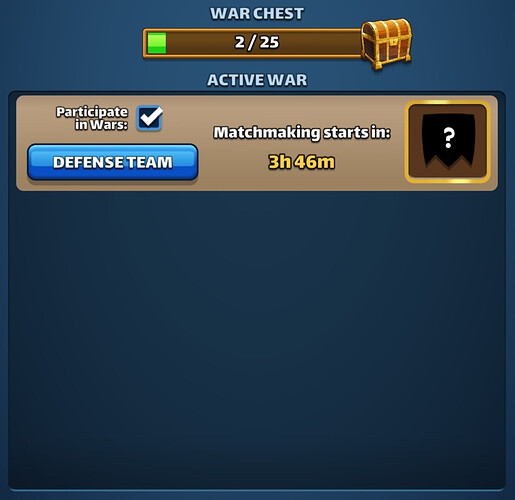 I voted for this a while ago. Hopefully it is the change @PlayForFun referenced

I have just updated to V52:

I see that the special rules are added to some places in war and Tournaments: 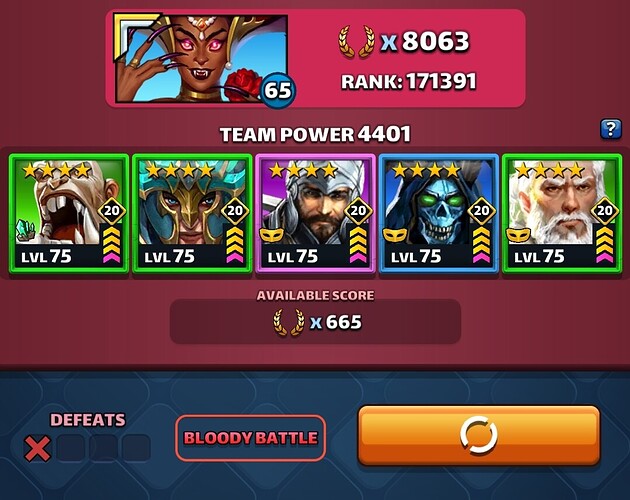 Setting up my War attack team:

I do not recall seeing these earlier.