Update 24 was released. Today, one of my friends showed on his phone which rivals they got for the war. A friend in the alliance fought 19 people, and 16 of them with a defense force of more than 4k +, the score at war at the time of selection 56,000. Opponents fought 22 players, 4k + defense force only at 6, the rest - 3400-3800, account of the war at the moment of selection - 52000. The opponent was weaker in all respects, so they refused to fight.
How is this possible? 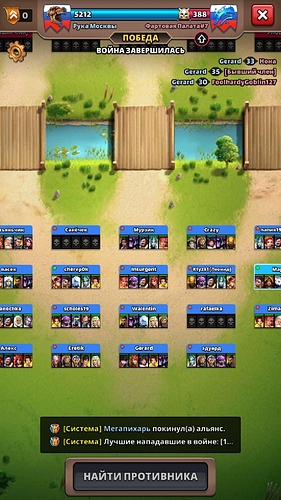 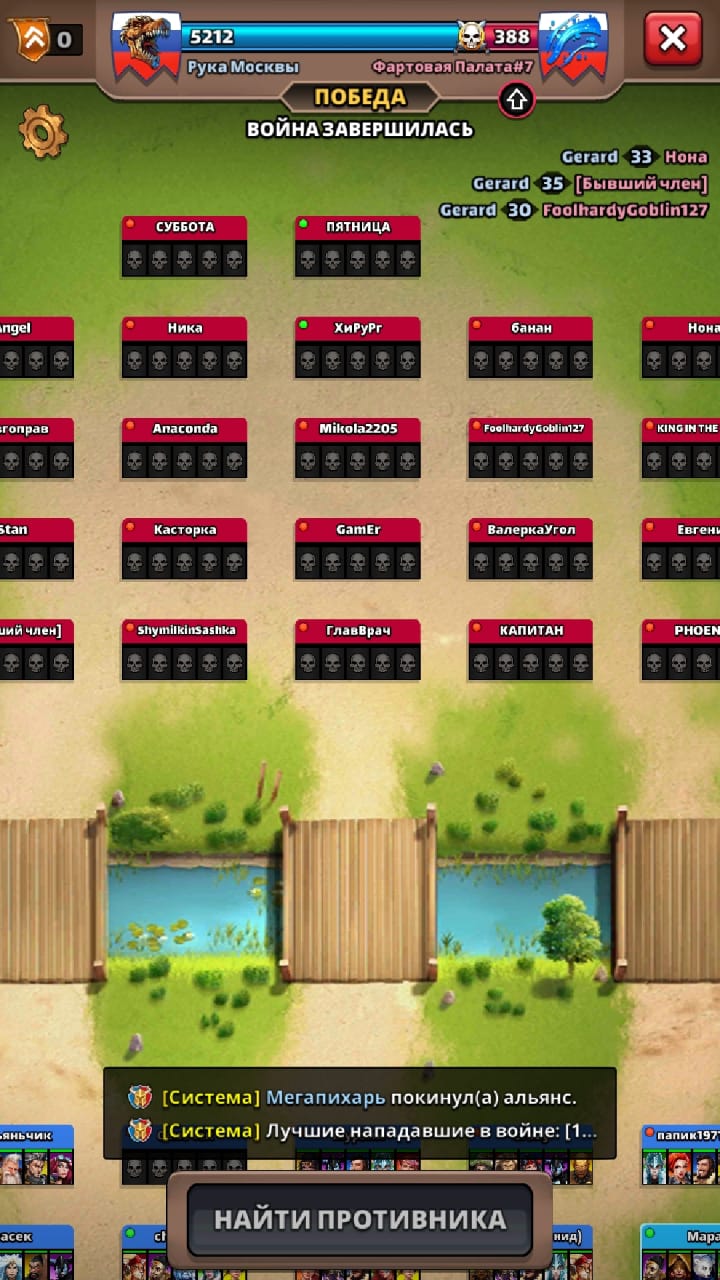 If I understand your question correctly, you’re wondering how an alliance of 19 could be matched with an alliance fielding 22 players. SG hasn’t posted ALL of their matching variables, but they did say there would be a few matches where the count of players wouldn’t match. With as many alliances playing in wars it would be unusual to have exact matches each time.

But the score of the war for each alliance was significantly different! If before that alliances were formed, in which the score of the war was about the same and did not differ by more than 100 points, then in this situation the score was very different, by about 4000 points!
The solution is this: old bugs with the selection of alliances have not been eliminated, now new ones have appeared!
The “old bugs” in the selection are when the alliance, consisting of almost only top players, was selected as the medium-strong alliance, and when the war was lost, then the alliance for the next war was even stronger than the previous one. But here at least there was an equal account of the war among the alliances.
Stronger alliances could manipulate the account, for example, create a new alliance, and then the war account was minimal, or a few hours before the start of the selection, call for help from your friends - strong players from other alliances, while the war account did not increase much, but weaker rival guaranteed!

a few hours before the start of the selection, call for help from your friends - strong players from other alliances, while the war account did not increase much, but weaker rival guaranteed!

The problem with this is that the war score updates as each player is added. Also, once a snapshot of the war score and player list is taken, any players added to or removed from the score/list are ignored. The alliances are matched in the snapshot score and those are the players on the field.

I do agree that the matching can be manipulated to an extent by creating a new alliance of older players. The system will not have a record of their past wars so can’t add that information into the calculation. This will only last a few wars.

For you, this is just a few wars, for us - the loss of top players! They leave the alliance and delete the game! Once we were 30, now thanks to the developers - 21!
Someone is calm about losing, and someone is tired of constant losses to stronger opponents, as well as constant victories over weaker opponents, this is called “beating babies.”
I have repeatedly suggested that only my top-30 and top-5 units of each player be formed from the war account and not change it depending on victory or defeat! This will avoid manipulation and pick up rivals to the war with equal strength! But the developers apparently think differently and do not listen to the opinions of users! Alas, this is standard practice in the software world, and it is unfortunate that Small Giant is no exception!

For you, this is just a few wars, for us - the loss of top players!

I’m a little confused on this statement. Do you mean I’m not a top player so it doesn’t matter to me? I could be a top player - or not. You have no way of knowing that. Or do you somehow think I work for SG so am giving you an excuse? That’s a definite negative. I’m just a player like you… maybe better and maybe worse.

They leave the alliance and delete the game! Once we were 30, now thanks to the developers - 21!

I have repeatedly suggested that only my top-30 and top-5 units of each player be formed from the war account and not change it depending on victory or defeat!

I think you may not understand war matching as this is basically how war matching is done. The top troop of each color is also included. As with many sports, once an alliance wins they are matched with a harder opponent. In this game, a harder opponent is determined to be another alliance with roughly the same war score and the same winning or losing record. There is no changing of heroes involved in the matching (unless you get rid of one or level one high enough to supplant a previous top-30 hero). Again, top 30 heroes, top troop of each color, Only for those players opted into war. All this combined to match with another alliance with the same score and record.

I understand that you are a player like me, but I believe that this forum is also read by developers! Otherwise, why then create it?