How does someone have negative flags? 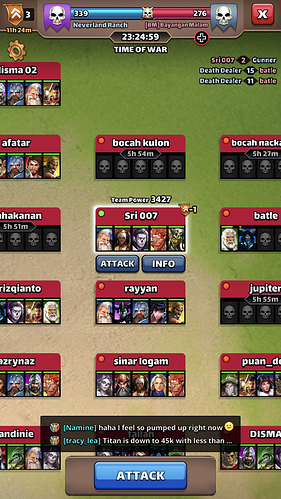 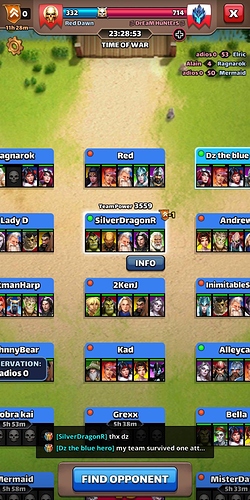 I told my alliance mates that I hit so hard that the counter turned negative.

Btw the counter looks 0 to me, but - 1 to my alliance members. I’m assuming it’s a visual bug, I didn’t get to use more than 3 flags.

Just saw this on my screen as well. What it looks like in my example is the individual flag count is counting the users flags that were used + how many times he was hit. There could definitely be another reason, but that’s how the math works for mine 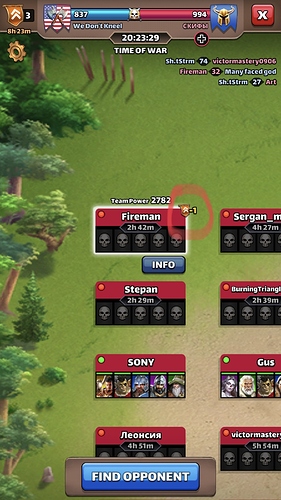 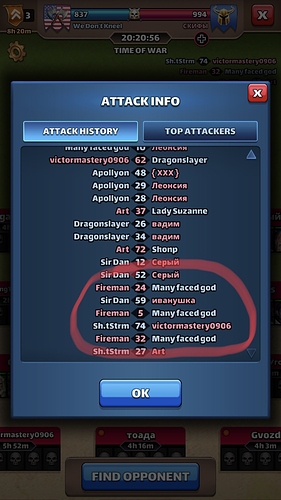 Player hit once by opponent for a kill: 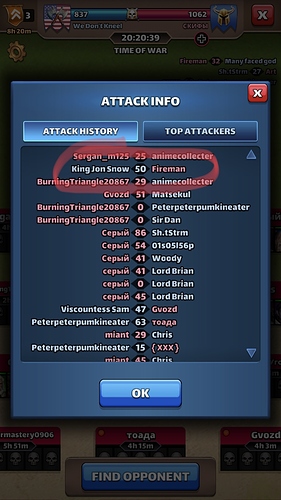 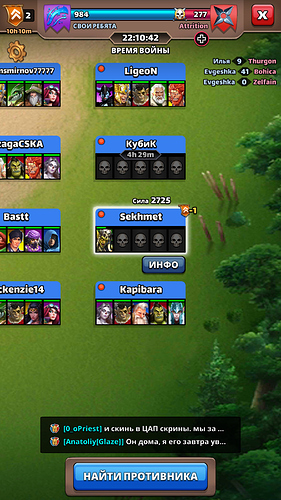 @Rook , @Coppersky - There is already a bug thread on this. Can you combine, please?

This is likely just a timing issue, but war flags are showing as available for each player before the war starts. This does not match the war flag counter at the top left of the screen.

See screenshot below. This is taken from the current war that has not yet started. 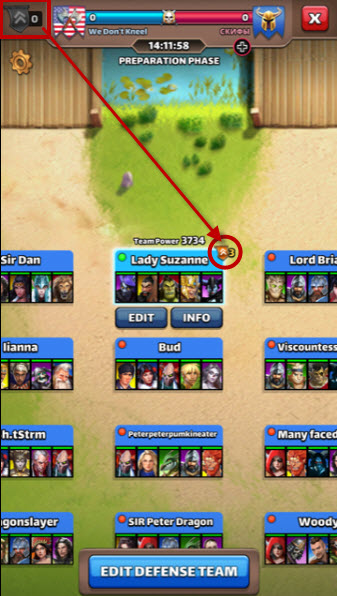 I had not noticed this but yes it is there but only when you click on a specific player.
If this is a bug it is a real minor one as we all know that we have 3 flags as soon as war starts

Very small bug if at all as the war hasn’t even started yet. I saw it and just let it go. It doesn’t effect anything at all within the game…

I definitely agree that it is very likely a minor visual discrepancy and is only there until the war starts. There is the possibility that the count could turn to 6 flags once the war starts - doubt it but it is possible. Really depends on how the code was written.

The developers that I work with on a daily basis would want to know this information. They may decide that a discrepancy like this doesn’t need to be changed or they may decide it’s an easy fix and correct it. Just throwing it out there so the SG devs are aware and can decide which to do

Thanks @Coppersky for merging all these threads

I noticed something on our battlefield that MAY explain the negative flags. It appears that as soon as a player makes a reservation, a flag is removed from the users flag count.

I saw this example on our battlefield:

Player has only hit 2 times in the war: 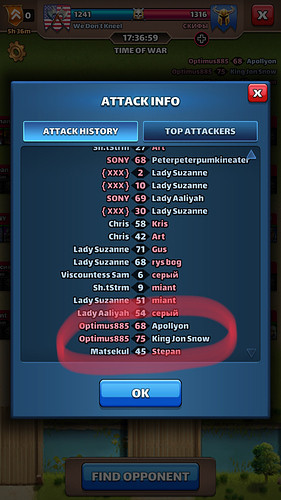 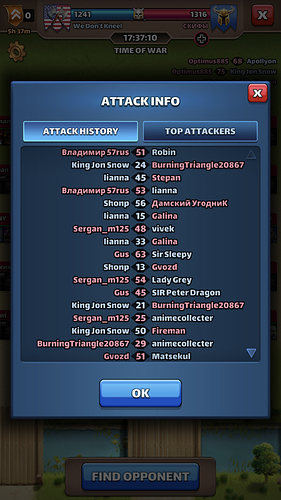 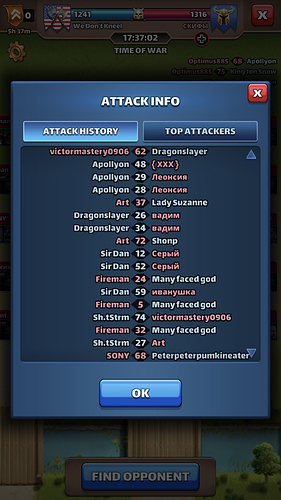 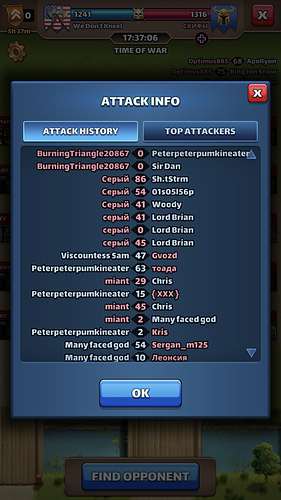 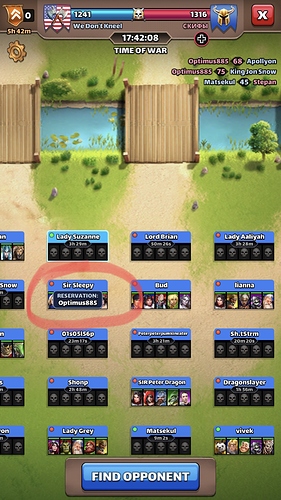 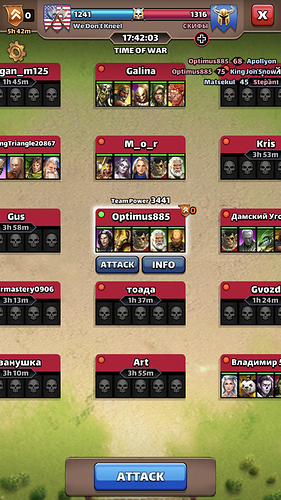 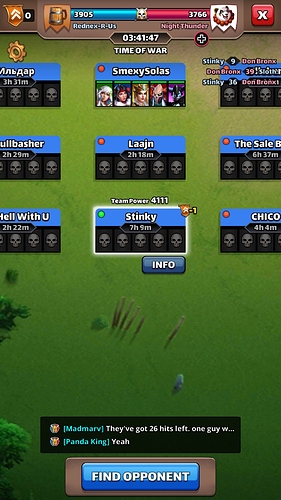 Not sure how this condition occurred, but one of my alliance members showed a -1 on the number of war hits remaining. I manually counted all of the hits he took during the war and it only totaled 6 so it appears to be a cosmetic issue and did not affect game play. But still, that was down right weird.

I hope this wont effect his rewards from the AW box!

Btw the counter looks 0 to me, but - 1 to my alliance members. I’m assuming it’s a visual bug, I didn’t get to use more than 3 flags.

In our ali there was a situation when we all saw a 0 counter on one of our mates (call him mr X), so other mate (mr Y) finished a player who was stared by mr X. But mr X said that he had one more hit and got very angry. At the end he left the ali. So it is a minor cosmetic issue but it can have some consequences

Afterall if you can not be sure it is correct, than its kind of useless.

Usually this optic bug is reset in a few minutes.
So ask your players to have some patience.
This is game is all about mastering your patience and trains you to become the best in waiting. So a few minutes, they should be able to wait and check again…