A suggestion on perception

Tldr; change your perception on how things should be to how things actually are.

Alot of the common complaints and greviences i see posted here, are down to an individuals perception on how things should be.
Personally i approach things with my own perception.

Example, summons we all know that the summons have terrible odds for 5* heros, many of us will still spend real money to get get more chances, chances are ultimately what you pay for when you buy gems and coins for summon portals.
So i generally summon expecting to recieve feeder heros which are great for building up my roster. And i often get pleasently surprised about my summon results.

Another perception that seems to be popular is the rigged boards conspiracy. My approach to every raid/titan etc attack is sometimes ill get the dream start boards sometimes i will get trash others ill get “usable” board but ultimately i am likely to get unwinnable raids etc but so will everyone.

So ultimately my suggestion is to alter your perception of how things “SHOULD” be to how things actually are. Everything except some loot roll chances is generally explained within the game alternatively you can do a quick search in the forums to find more info on things.

Everyone gets the same odds sometimes people are just lucky.

Fair post, life does need a lot of perception sometimes. And the people who can only see one point of view, really aren’t worth listening to. Good way of thinking PH, I try to use the same attitude in my life as well.

I agree wholeheartedly. I took a break in 2020 because that’s exactly what I wasn’t capable of doing at the time. After almost two years of abstinence, things are now going very well, I’ve been able to adjust my expectations and perceptions, and therefore I can enjoy the game again.

One of the best pieces of advice I got way back when after I was ready to quit was being told don’t expect to be better than your raid opponent, go in expecting to lose, and then you’ll be pleasantly surprised by a win. I’ve used that idea ever since, and I’ve never quit since.

“If you change the way you look at things, the things you look at change.” - Dr Wayne Dyer

Great life advice i heard many years ago from wayne dryer audiobook, everyone couple of years need to be reminded

Another psychologist Barry Schwartz has a great Ted Talk “Paradox of Choice”, and sugests ‘escalation of exceptions’ leads to paralysis of choice which leads to less satisfaction with chosen choice. Suggests lowering exceptions leads to higher overal happiness. (15min mark in ted talk) 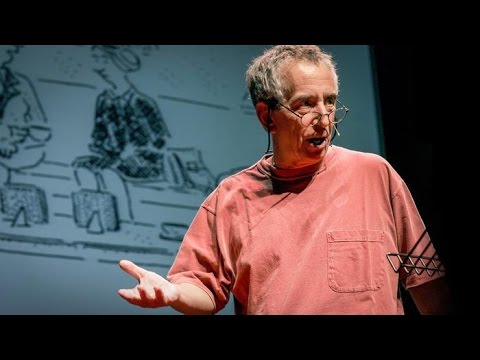 These philosophical concepts can apply not only to a game like E&P, but everything in life.
Eg. Except 3* rares on every pull and you will be pleasantly surprised if its any higher

Great post! I think perceptions are often skewed by misunderstanding probability and luck, as well as a human tendency to focus 7 times as much on the negative as the positive.

It’s absolutely understandable to be frustrated by bad luck, but that’s all it ever is.

I try to use the same attitude in my life as well.

And that’s the thing. Those who exhibit pessimism and constant negativity here do it in every other aspect. It’s one thing to be critical when warranted but rational/logical approach to everything should be applied when all facts are considered.

When you’re doing raids/war/W3K/etc vs opponents who have heroes mostly dating from the last six months, and you’re bringing mostly heroes 2-3 years old, pessimism is realism.

In such sorts of cases, if you’re okay either rerolling or hunting cleanups a lot, or seeing the game as “David takes 100 cracks at Goliath, and guess what’s going to happen 95+ of those times” in some combination, then you’re seeing things as they are.

That doesn’t mean there’s no argument to be made about how things could or should (or notably, shouldn’t) be — the world is remarkably unlikely to just magically wind up the way we’d like without striving toward “should.”

Just to make this visable agsin as its always relevant. And with BF soon people will be itching for 5*.

I think many players think they should be able to beat every new defensive hero consistently with the heroes they own, and if not able to, those defensive heroes need to be nerfed.

Perhaps understanding not every roster can compete at the very top and that that’s OK would lead to a lot less grief.

Agreed with things like the contest of elements i realise that i may not be able to complete it and i am not worried if that is the case something to build towards. This game has never been about instant gratification. Even building up your base takes a long time.

Why does asking for balance
have this perception:

M&M anti-nerf...just hear/see me out

So why don’t just launching heroes with same stats, same skills, same speed, or even same colour? Then we will save a lot of noise for nerf.

Who want same stats? Why can’t a hero have different stats. Even in some cases, extremely different: a true glass cannon with very high attack but balanced by low hp and def. Mixed in with 1,000 other hero that offer unique but balanced additions to gameplay.

No one is asking for this… is it too late for 1,000 heroes that offer unique and attractive skills? So that we can enjoy true variety instead of…

Why do we need 500 new repackage heroes that have the same skill as 500 before only stronger, faster, extra passive and more powerful family bonus? This is MUCH more towards "Same Skill"… than asking for balance.

We have this already. It’s called Rush. Very RnG dependent, and as time passes… the rest of the game is transforming into this.
Perception here… is wildly…
Upside Down!

So another perception was my only black friday 10 pull all were dupes. 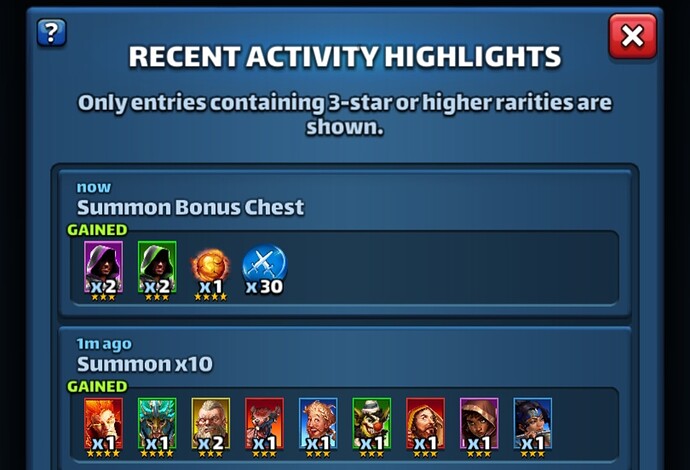 I could have been mad/sad about getting so many dupes. But decided not to.

This is a great thread, thanks for that

On perception as well, I find that those who ply different games bring a different perspective too - they can compare E&P to those other games when making judgments. Those who don’t play other games don’t really have a frame of reference…

Just curious … did your outlook change for the better or for the worse?
I don’t play any other games either.

What I was told, was that other games are even worse re how much one has to spend to “be on top”.

Knowing that there are other games out there where money makes a difference, has made me re-evaluate and reposition this game as a past time - i play it for free, and it’s literally just a way to pass the time

I measure my progress versus my own game performance, rather than against others

I measure my progress versus my own game performance, rather than against others

Thanks. This is a very wise statement!

Thank you, so kind of you to say