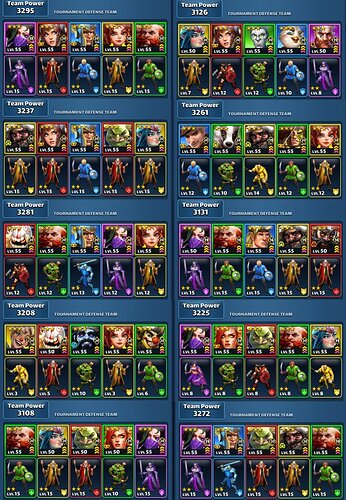 Time to LB and try Rekhetre i guess

Trying to decide if I want to use Gramps or Grevle

Gramps is slow, Grevle average. Would go with Grevle.
What do you think about Belith C?

I did just because she is so goddamn cute

. But she’s tailored for tanking this tourney, as she heals, possibly heals more with passive and also increases her defense against an element she’s weak against. Also Aqeela for flank could be nasty. 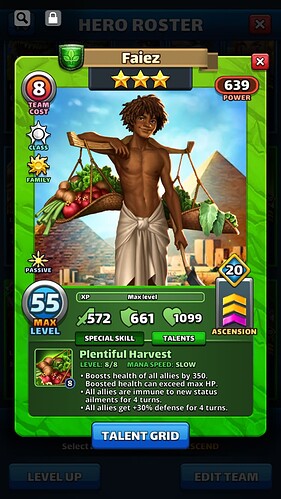 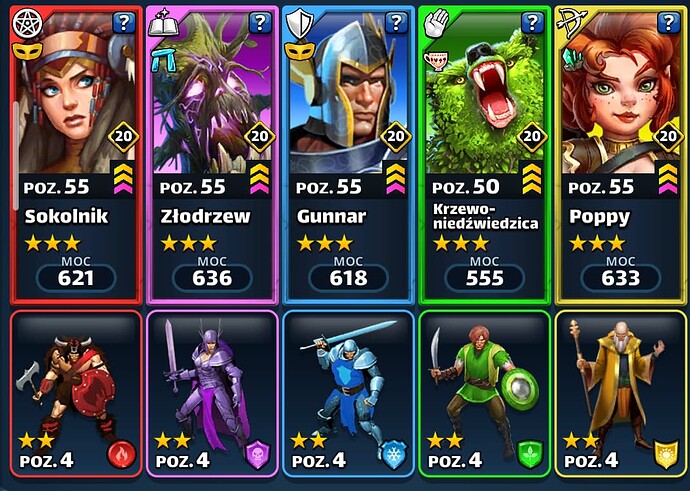 Which team do you fear the most in defense ? Thanks ! 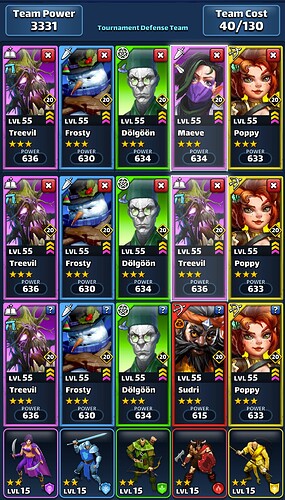 What do you guys think of this?

I think you have too many support heroes.

It is buff tournament however, only Maeve is dealing dmg.

Haven’t got around to leveling any of the season 5 3* yet so think I’ll go with this. 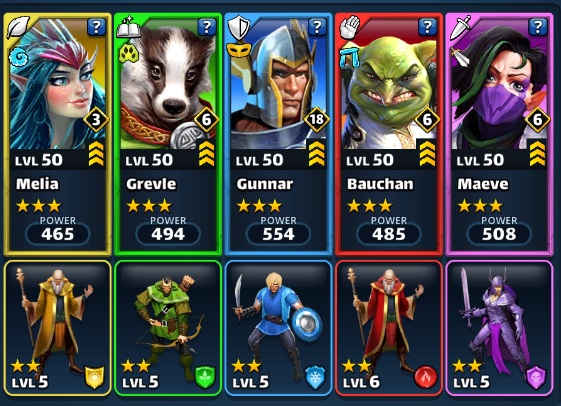 Alternatively, I could run a Treevil or Bjorn at purple and hope Bauchan can go off to pick their speed up. 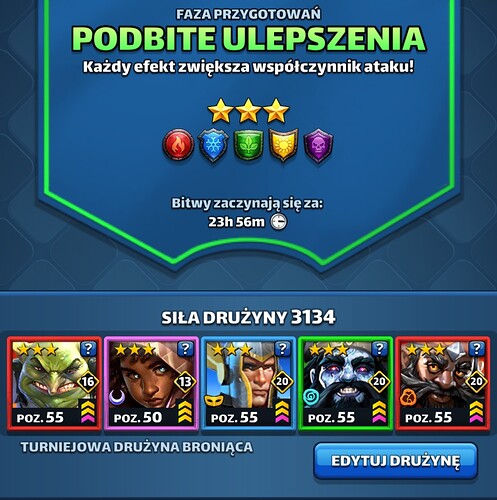 Do you think this could work? 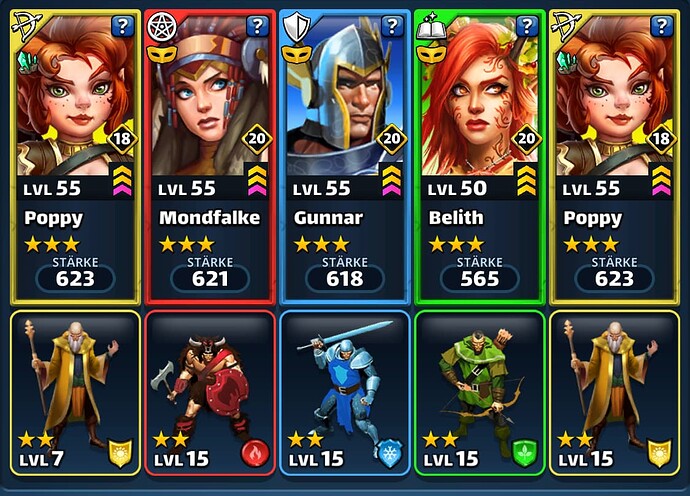 A lot of bonus, autohits should be strong. Hope Poppy will find her 4th attack

This is mine atm. Not sure as I don’t have a lot of buffs. Brienne’s costume is a recent acquisition so not levelled.
Reds I have Hawkmoon, Nashgar and Azar levelled. I might replace Carver with C. Gan Ju. What do you guys think?

Atleast I get matched against easier opponents from early on. I should LB Gunnar though, but haven’t had the time yet.

Double green, but I dont think it matters that much when running blue tank.

Not to me. To me they are waste of emblems, resources and aethers hence they dont perform well against 5* heroes and I wouldn’t even use them against 4* heroes on tournaments. That’s my opinion and everyone else can have their own, not just my thing. Also I don’t think 200+ emblems are that “cheap”, I can find better use for them.

Sure they are also needed on events, but I don’t really care chasing scores in rare difficulty, I can easily get top 10K there though.