=> Most Recent Occurrence of This Format: 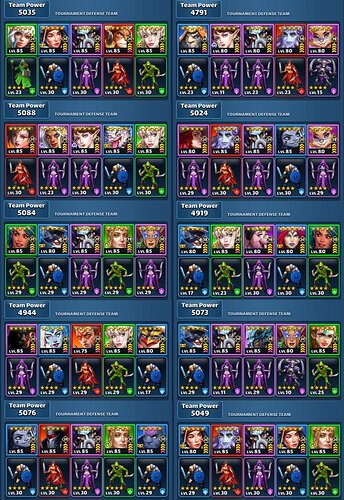 I expect to see a lot of Ludwig tanks, maybe some M&Ms too.

Khufu-Ludwig-Sobek is probably gonna show up in yhe top 10 this tourney quite a few times I predict.

Just in time as my Ludwig is finished today

MM for sure. Flanked by Ludwig and C Panther.

or replace Frida with Krampus and Garnet with Onyx depending on the wings. If cSkadi fires Ludwig could only dream of firing with that -21% mana debuff.

Oh I forgot about Guan Yu, and he’s the strong color too. And as always, Bera is a hard counter to any minion summoner. 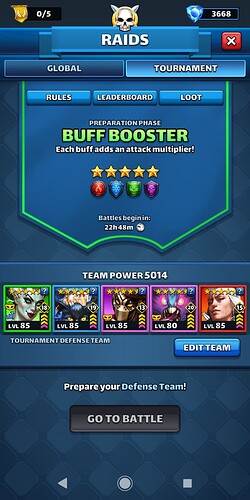 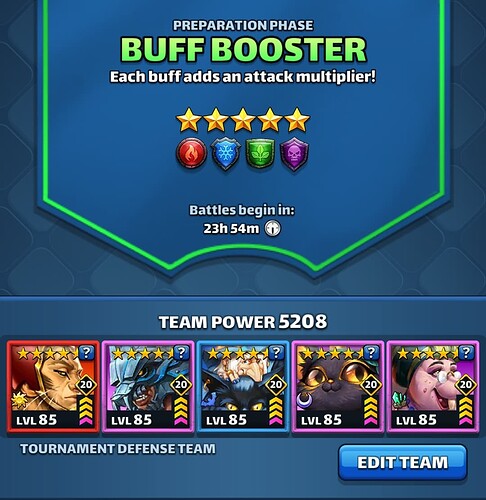 I wouldn’t tank cPanther, maybe flank but not tank. Reason being I could just bring pure debuffers and not worry about the buff block eg cKiril-Frida-Adalinda/Tethys/Tinsel would make short work of your center trio.

Thinking of going with this. Maybe I should replace Hulda with something, not sure yet.

Uhhh you have Ludwig and Khufu, how do you not tank Ludwig and flank Khufu is beyond me.

In fact for your center trio, I’d run Khufu-Ludwig-Bastet. That’ll be a really tough nut to crack. 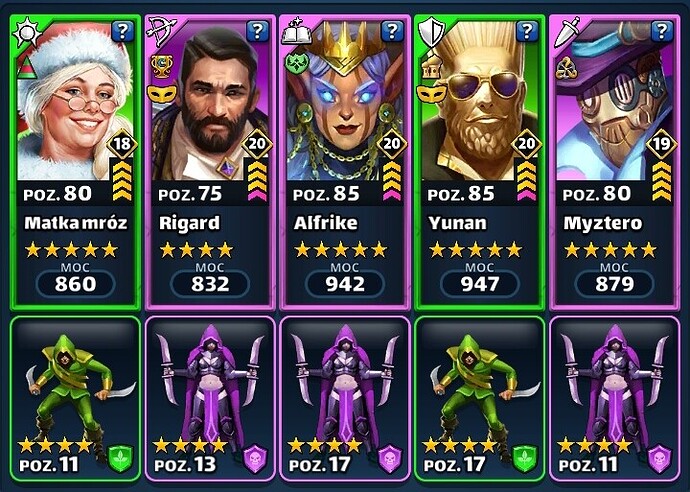 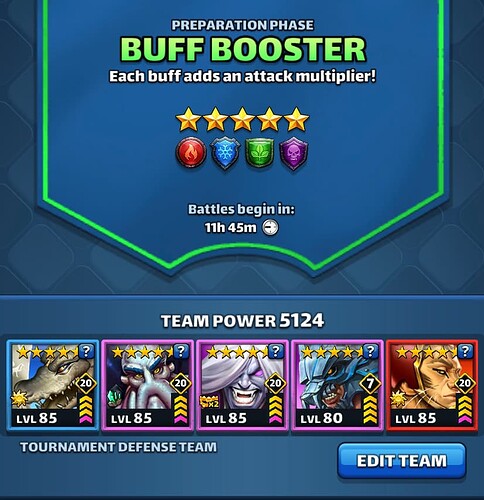 I really want to use m&m as tank, shes just too good

Greens are allowed so she could be killed with green tiles if nothing else. Evelyn also happens to be a perfectly good counter, as is Guan Yu, and both are the strong color.

Otherwise Alucard is a very strong counter, and her minions could actually be used against her by cSkadi, who will give the whole team un-cleansable negative stacks.

Obviously the usual “need the counters, need the tiles” caveats apply, but M&M is still more forgiving than Ludwig for this particular format IMO.

Will for sure face multiple c. panther and sobeks and khufus so it does not really matter. I hate 5* tournaments. At least no Jove and Ane allowed.

Uhhh you have Ludwig and Khufu

Could also sub in Khufu for Alfrike.

I am going with

I think a bit risky because they are all average or slow (except Vanda, obviously), but who knows, maybe the gods will like me this week, it’s all chance anyway.

Going to give this one a try

Sorry was replying to Zule and accidentally tagged you instead

Usually for Buff Boosters, I would just use my regular risky no heal 4P1G raid team of Onyx - Khonshu - Hannah - cVictor - Cristobal. But this time I decided to play a bit safer and try stacking 4-1 vs the tank.

First match was against a Nemo tank and my 4 Blues team made quick work of it. Next was a Dark Lord tank and switched back to my regular raid team for the win.

3rd was against this team 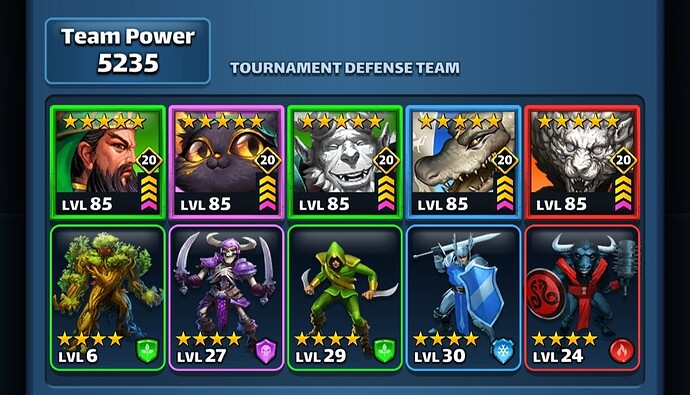 After that said screw logic, and just used my 4 Purple heroes with no healers and won the next 2

Defense has started well this week again at 2-0 so still ahead of last week’s first day points. 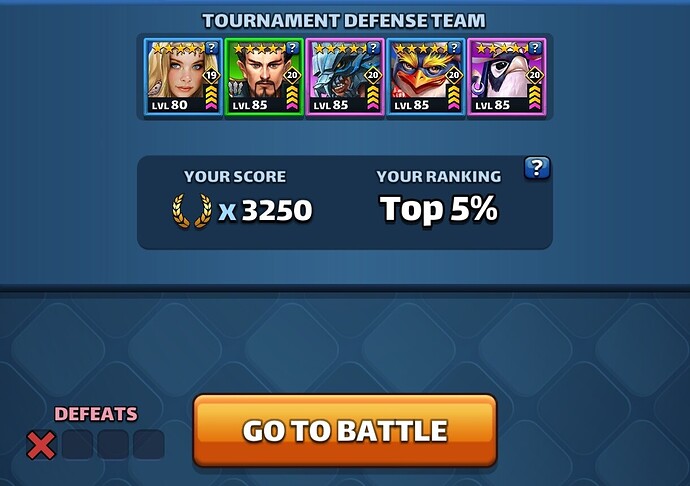