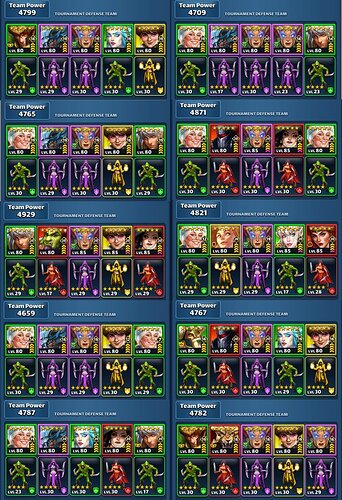 Lot of Alfrikes in that previous top 10. Since it’s vf, my defense will be Kalø/Treevil/red/Franz/c MN.

For the red who do you think is better?

Only one healer in the corner? Something tells me it won’t works

If I were you, I would swap MN and Franz (Kalo in the corner will be as MN if she dies first).

I would swap MN and Franz

Mmm… well, the thing is that if both MN and Franz are dead, if Kalø rezzes Franz, then he won’t fire Franz’s ability (or at least that’s how I understand it to work). Maybe it’s minor, but that’s the reasoning. I’ll ponder switching them, but I think I’m sticking with it.

As far as the def working, those 4 with whichever damage dealer at tank has given me an A def in each 5* rush tourney since gargoyles came out, and only 1 one shot kill in rush wars (with Athena at tank, no less)

I want to add that I do thank you for your input, because I don’t want this to come off as dismissive. I appreciate hearing your thoughts, even if I don’t end up using your advice

No blue/ice mitsuko won’t do you any good

I only considered her an option due to 1. Not many good red options on my roster, 2. Maybe the mana cut would be useful?

So my initial thought is that I’d like to try:

I’m not sure if it’s too passive though. With the lack of debuff in red I’m less worried about carrying 2 green as should face less complete stacks due to Ferant and his counterattack.

I do have an only partially emblemed Franz, contemplating if better to have him than Gramps

I wish the 2nd troops were better, but I haven’t got red Magic Troop yet, so I’m just hoarding feeders for them… And also never have the food to level them

I always struggle with the 5 star tourneys, but this should be about the best for me in terms of leveraging my slow red costumes. 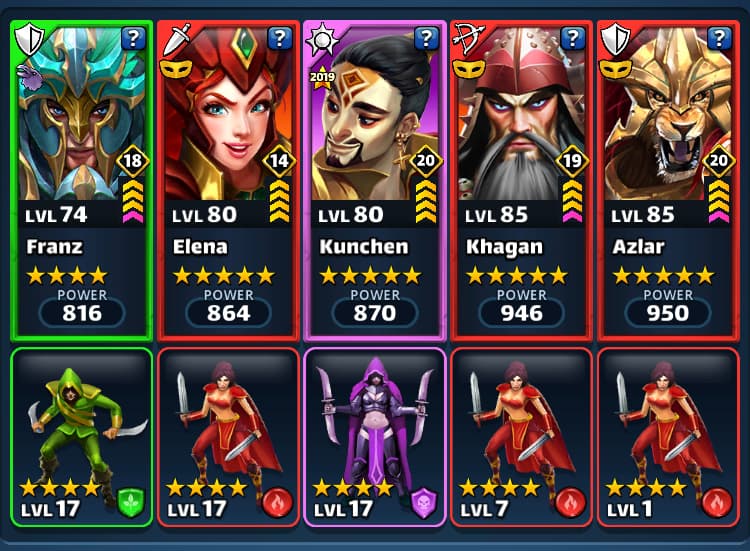 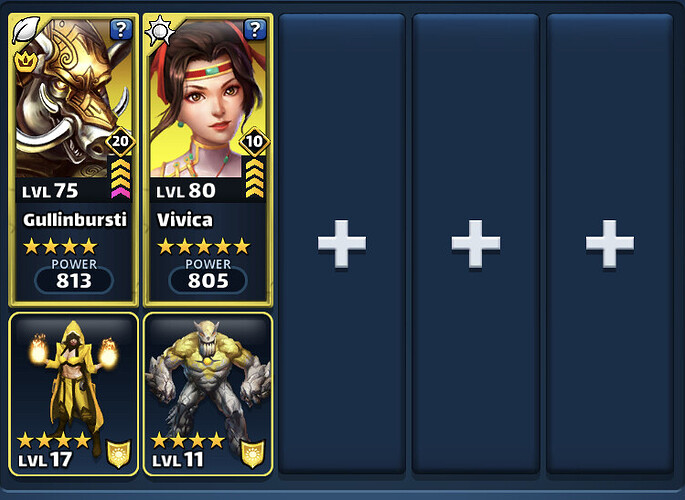 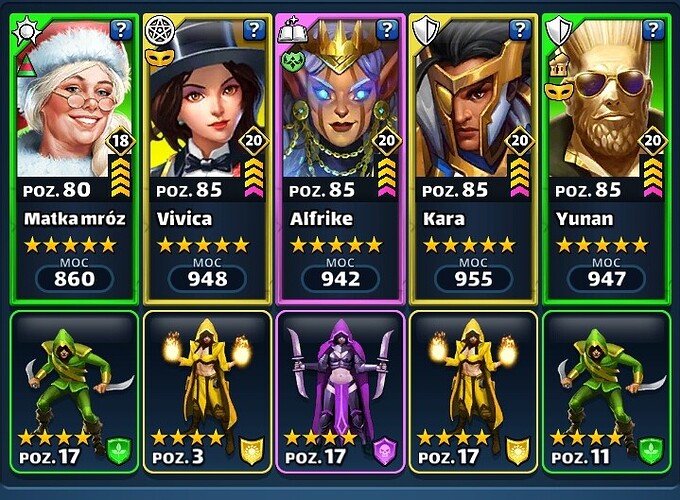 Here’s my current setup. Thinking of throwing in Lu Bu, Franz, Ferant, or Kalo. But I also don’t know who I’d drop. 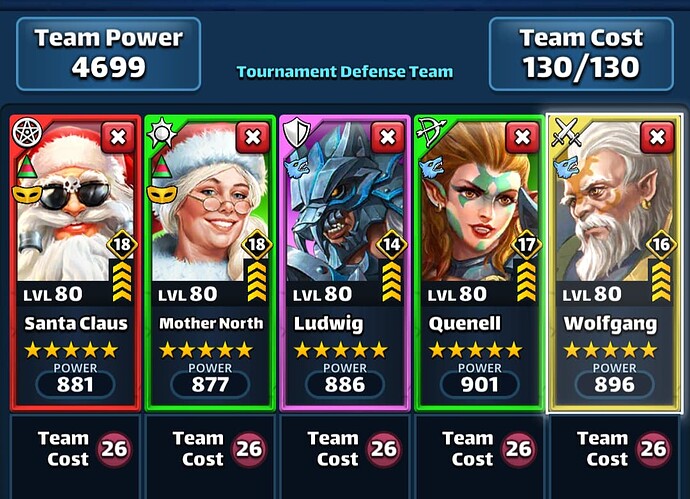 For the moment, here’s my defense. I’m considering other options but I’ll come back to it a little later this afternoon 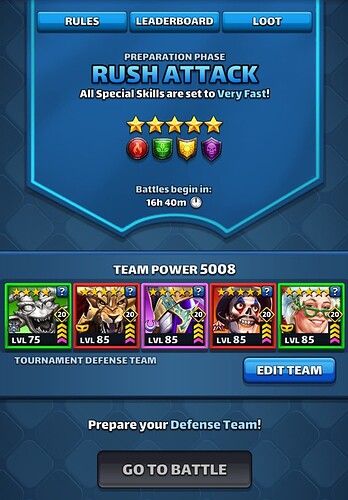 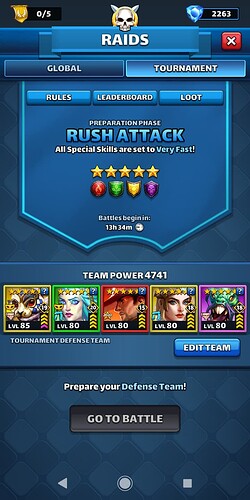 Another option would be Goseck as tank and e.g Congalach or Prof Lidenbrock as left flank. Which is tougher? Ferant as above, or Goseck?

I’m laughing looking at these teams and not knowing who half the heroes are. Life as a F2P player in a world of power leap.

I’m wondering how many Ilmarinen people will use in this one, since it is a perfect rush for him.

As luck would have it, I have Ilmarinen but not maxed, only 5 rings at the moment. But gosh, just looking at all of your defenses is making me feel like it’s going to be another short week for me, although sometimes i do ok in 5* rush. I could do the Franz/Treevil thing too though: 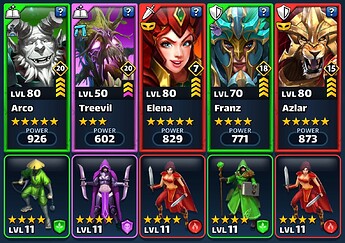 I don’t have a reviver. I just checked and i can give Elena some emblems, but i’m not sure if it’s worth it just for this. let me know if you have any thoughts. my other idea was maybe regular Rigard in the corner instead of Arco as a safeguard against Treevil/Franz also.

What team should I go with? 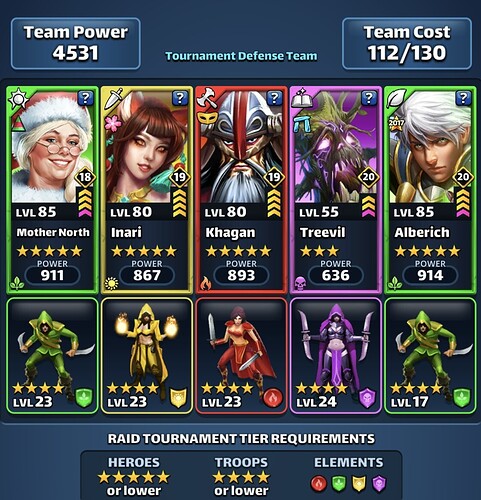 Trying something new. I’m going costume Khagan hoping it speeds up the wings.