The allowed elements and hero/troop rarities, as well as the Special Rule will be available once the Tournament opens for joining and setting Defense Teams.

Defences of the top 10 fnishers last time (Thx @Randy for collecting it): 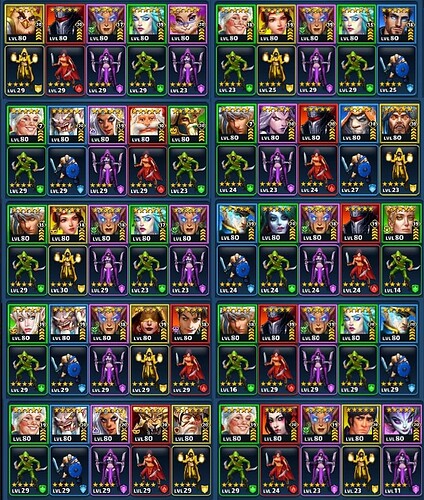 Thinking for attack will be using an awful lot of my yellow stack (Gazelle, LB Poseidon & Uraeus) probably with Grazul and Seshat

This is what I am thinking about using

Hopefully more than just the 1 or 2 attacks of the last few to try out this defense. 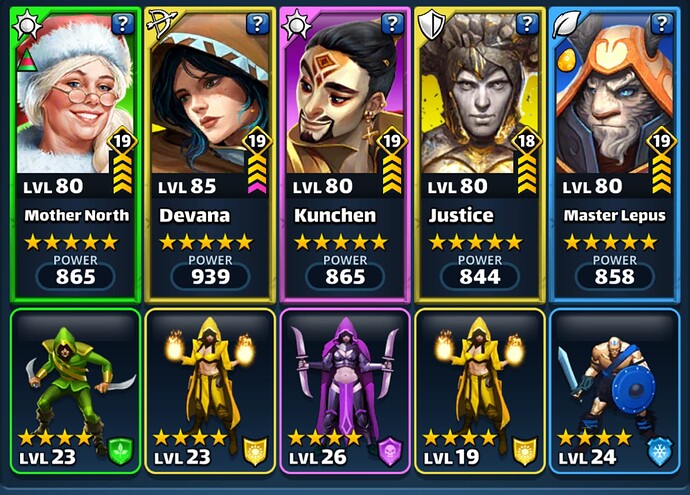 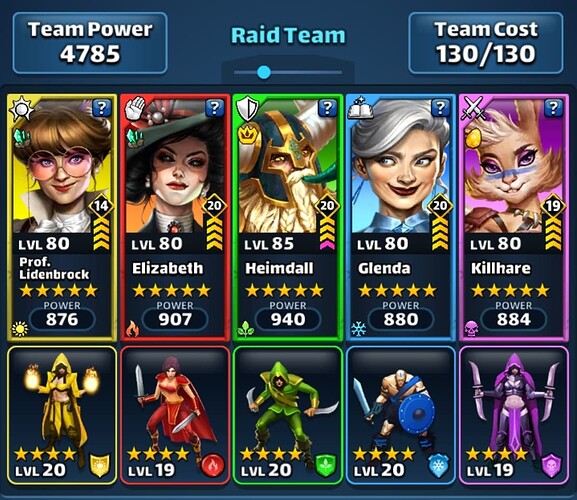 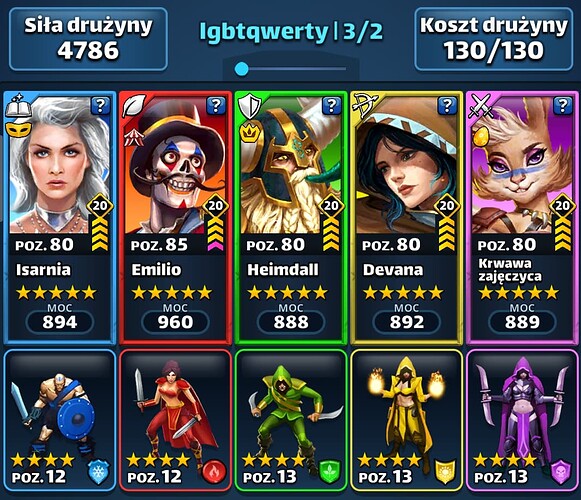 Just ascended my Guardian Owl for this. Let’s see if i can get him to emblems by Monday am lol 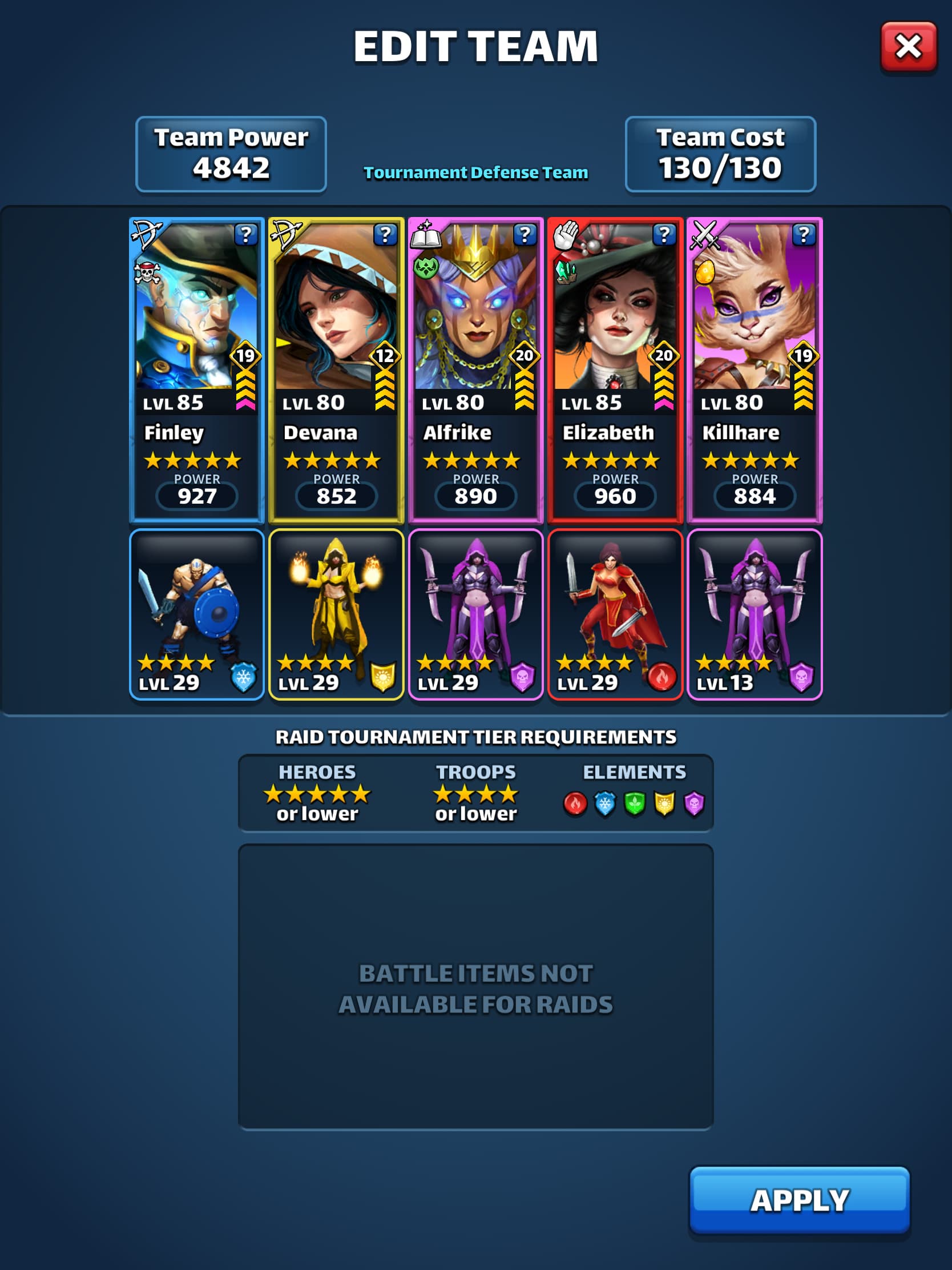 This is my team. Also thinking replacing Finley with Frida

Defences of the top 10 fnishers last time (Thx @Ranvir for collecting it):

Defense: let’s try something else:

Maybe I should replace the wings with purples, but I’m a bit limited in options. Mok-ar isn’t good enough; sartana doesn’t really get more dangerous at very fast vs the normal fast. Quintus+costume is still being leveled; so maybe my 4*? Proteus/rigard/tibs? But I don’t feel they add much…

Yup, once I reach all-Alfrike-zone I definitely go mono holy. Last time I had much more success with mono holy than with all “smart teams” with mana control and everything. Teams that should work well in theory, but they just didn’t. I wish Devana is finished, because I miss a holy dispeller for Krampus/BK, but maybe Malosi amd Mist coud cover that job.

Sorry @Ranvir , after entering Ran your name was the first offered option.
Now I have fixed the OP.
Sorry @Randy too. 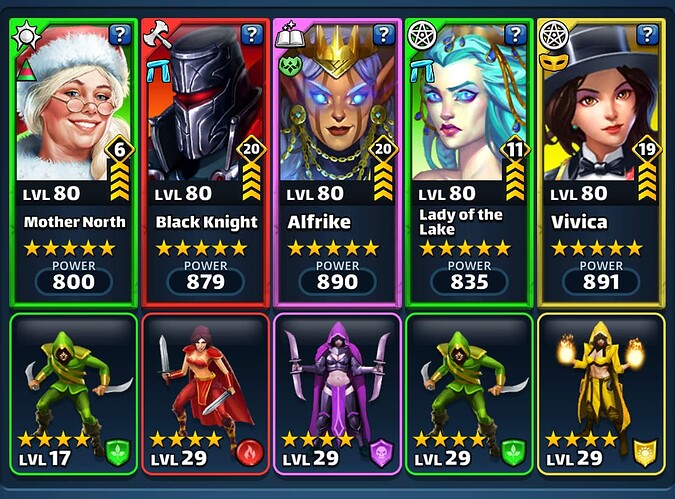 I’ll be using this one. I have professor with full emblems but finding it hard to fit her in, as I want her somewhere in the middle.

On second thought I might play with regular Viv instead.

Just replace Vivica with the Prof.

How does mana-troops and mana generation work in very fast mode? How fast can you get?

All heroes are set to very fast (which is 6.5 tiles to charge). You need to add a 9% mana generation boost to make that 6 tiles.
So it’s a level 11 mana troop for heroes that don’t have any mana bonus of their own.
The mana troop requirement goes down if the hero has taken the mana node in the talent grid or/and has a costume since the fully maxed costume gives a 5% bonus as well