When in Rome, do as the Treevils do.

My right wing Treevils will of course be leveled and emblemed and broken by this evening. 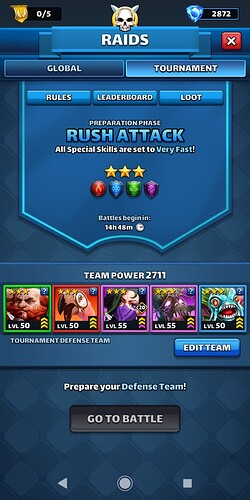 Or buchan could replace 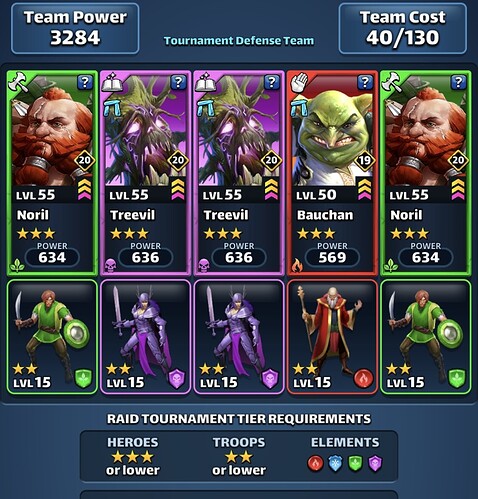 Three trees or this?

Which team would you choose?

If I were you I would switch Faiez and Waqas

Faiez is 1 1/2 Helos, do you need him? maybe something more with damage,

don’t get me wrong, that corner Viv/Rigard has ruined my day in 4/5 star rush more than once, just when i thought i had nailed it.

So I think I’m going with this then; could also swap Gramps into Noril. Oh and I need to change the better troop for Maeve.

I want to try out Waqas, but I don’t know if he is worth the limit break for defense. However, Sudri is stating his case that he should be on defense instead.

Maybe… But Treevil isn’t Alfrike (mindless attack), so Helo gives me a chance to survive if enemy Treevil schoots first (and this is his maine task - not healing)
…but thanks to you I checked the old defense:

Only my defense works correct 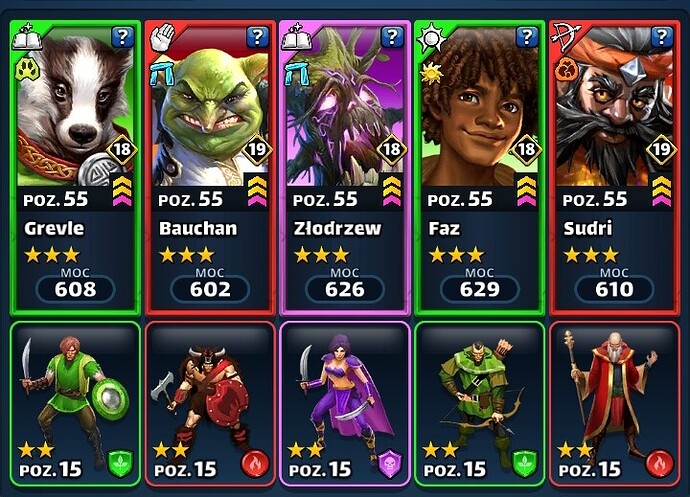 You don’t even know how much you helped me

(and in Rush I always use two healers - that really works)

I will trust this team: 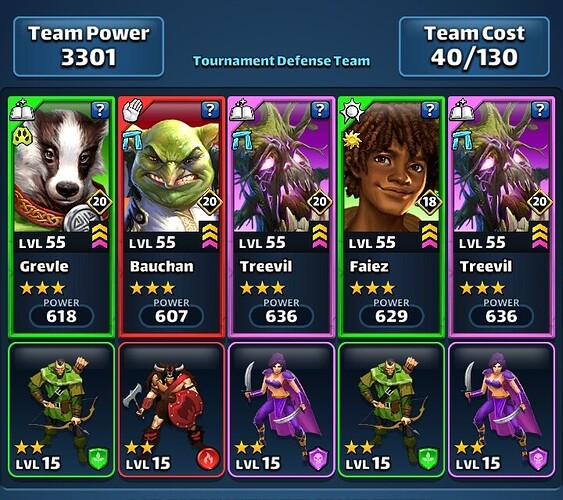 Yeah, looks good for me

Let’s get ready for dozens of Treevil every match

I’m going that one too. Some other time I’ll try Faiez on rush tourney as tank.

Gonna roll with this one

Ha! Me too. This is probably What I’ll go with:

I really liked how well Faiez and Waqas did together in the last rush 3*, so they’re back for this one: